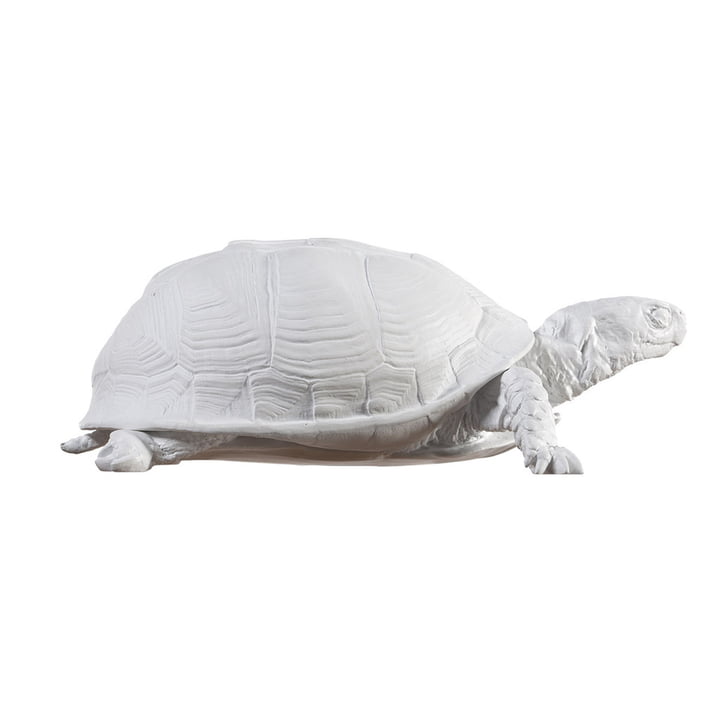 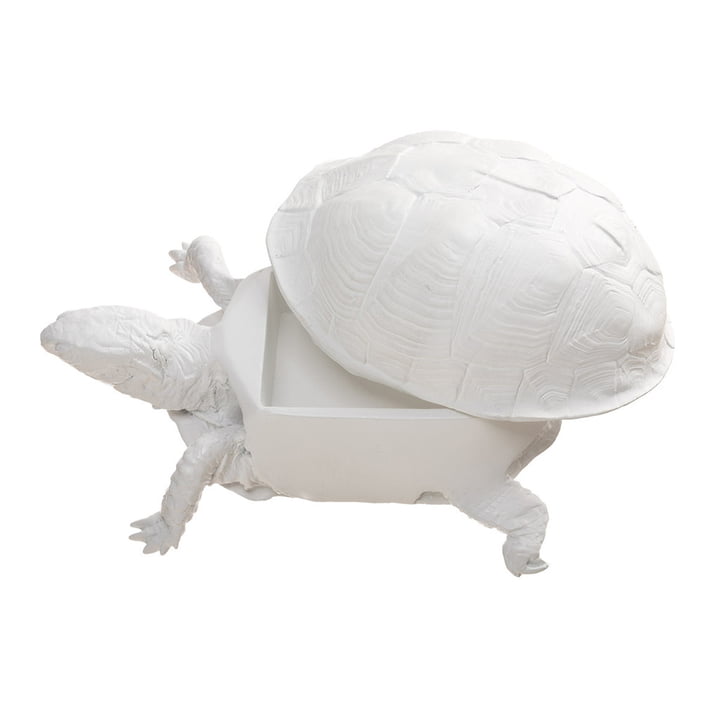 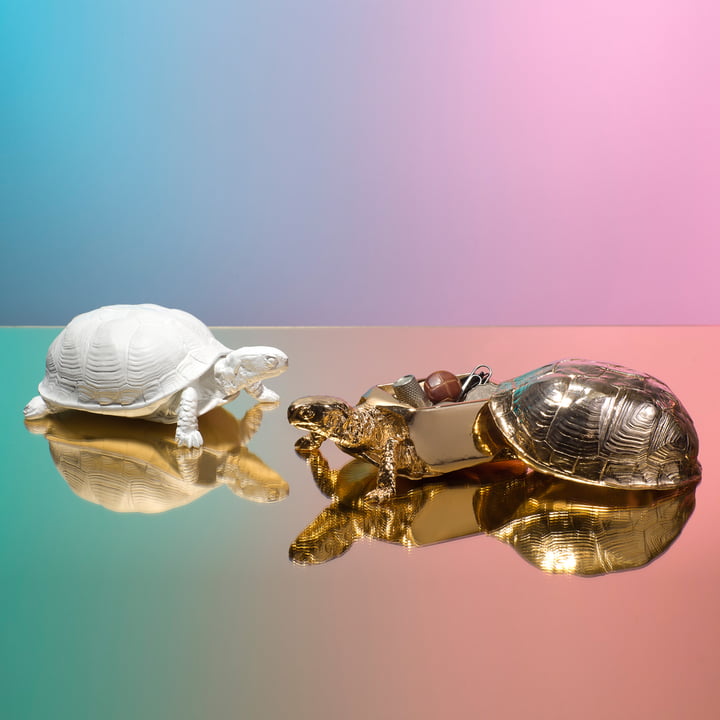 Harry Allen is known for his reality-based designs. As part of his "Reality Series" the designer has now Turtle Box designed for Areaware . The Turtle Box looks amazingly close to reality - this is mainly due to the fact that the casket is a cast of a real turtle in synthetic resin (which of course died a natural death).

The shell of the turtle from Areaware can be removed to reveal a small box in which small items such as jewellery or keys can be stored. And because no one would suspect these in the unusual decorative object, they are safely and discreetly stored. 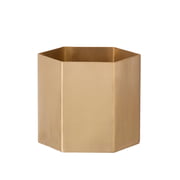