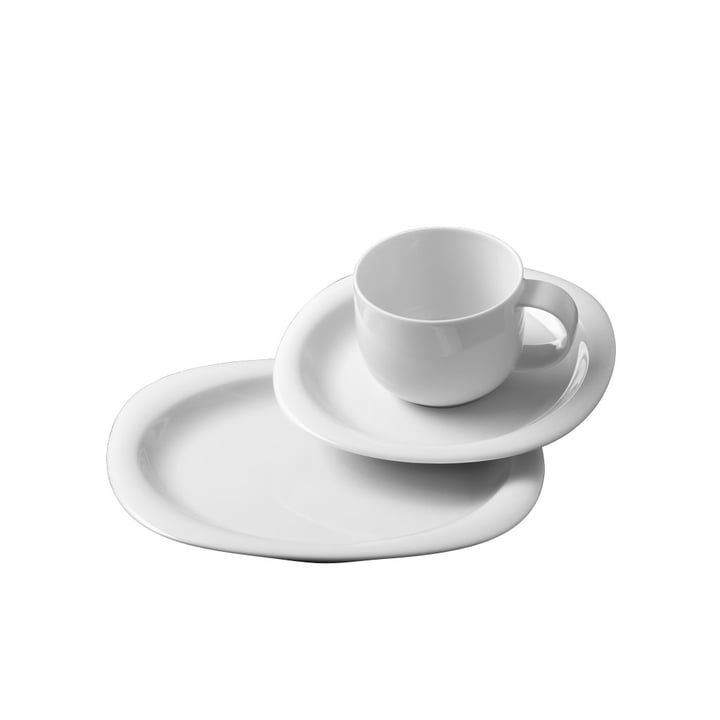 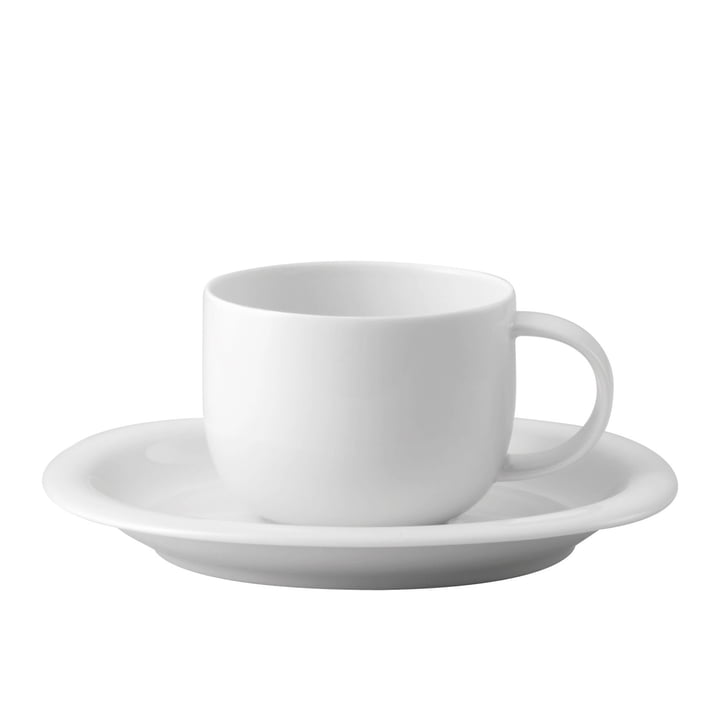 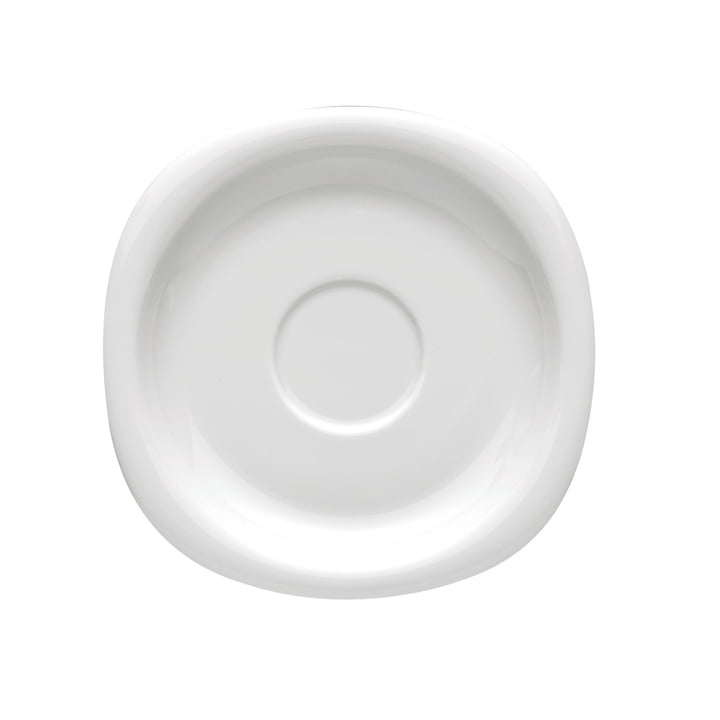 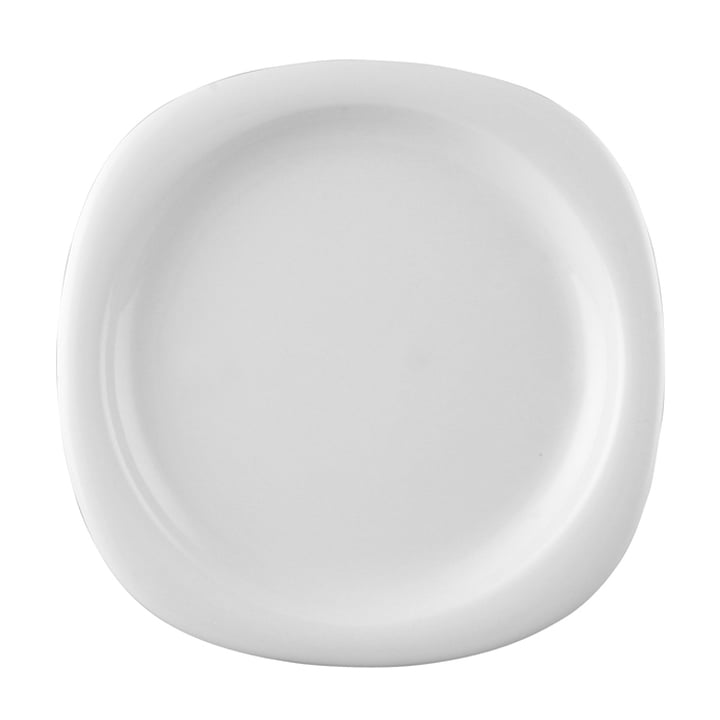 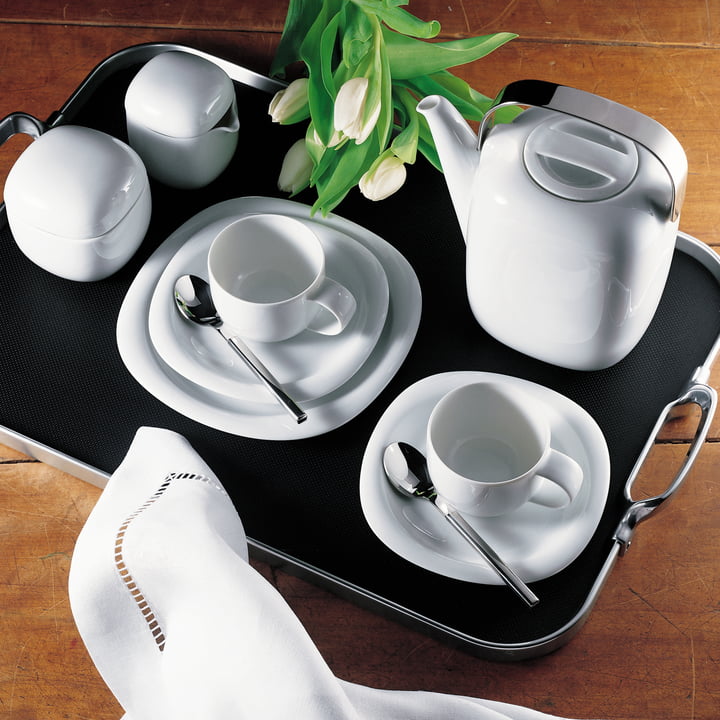 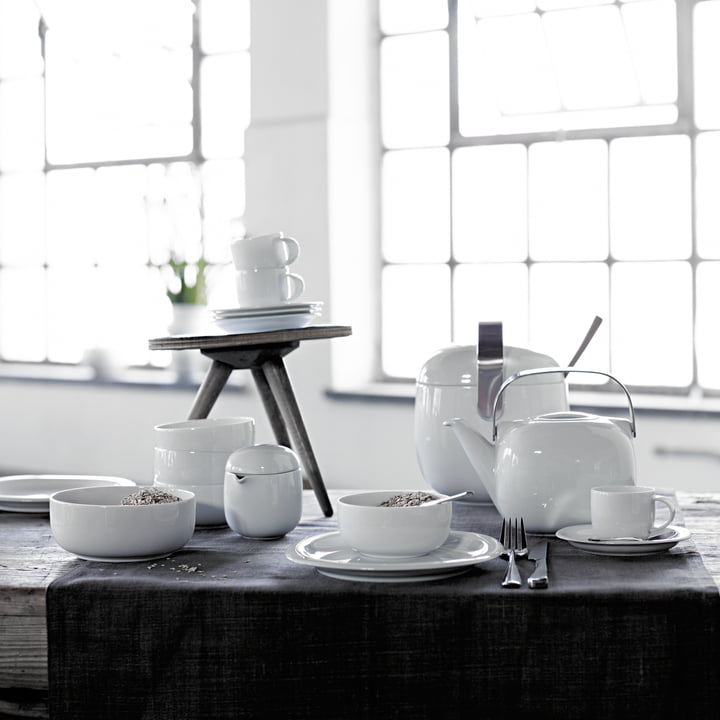 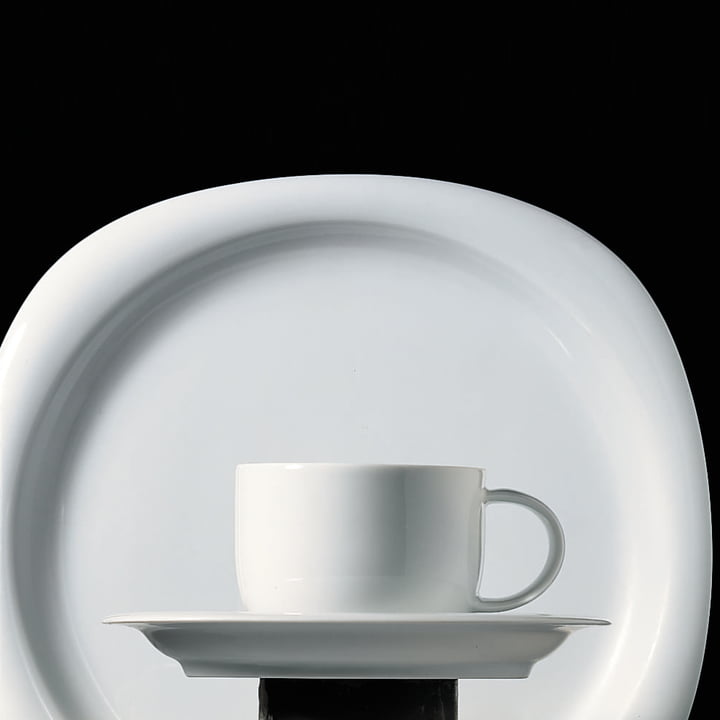 Due in stock (estimated): 2-3 weeks
In den Warenkorb
Add to wish list

The Suomi coffee set by Rosenthal is characterized by the concentration on the essence. It was designed by the Finnish Timo Sarpaneva but the elegance of the service is still current.

The coffee set of the Rosenthal Suomi collection includes six breakfast plates, six coasters and six coffee cups. Sarpaneva was inspired by the round, soft shape of pebble stones at Finland's coasts when he designed the compact, organic shape of the service: that's the reason for the name of the series. Suomi is purism for design enthusiasts.

The single parts of the Suomi collection were reduced to the essence, that's the reason why they can be used for different purposes. The form of the pieces of the Suomi series from Timo Sarpaneva was honoured with the golden medal by Faenza, the highest award in the porcelain world. Suomi counts to the most successful services of the Rosenthal studio-line today. 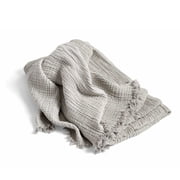