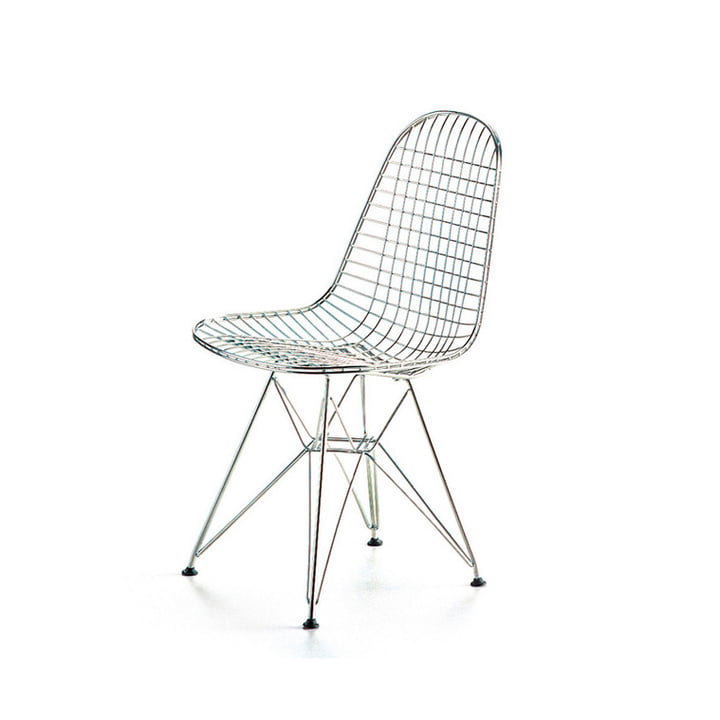 Charles and Ray Eames developed this model in connection with the »Low Cost Furniture« competition held by the Museum of Modern Art in New York and for the Herman Miller company, who produced various versions of the chair between 1951 and 1967. As with their plastic chairs, the seats and backs are again modeled on the human body. In the case of DKR, however, the result is a comfortable organic form even though such a hard and cold material as steel wire is used. Manufactured on an industrial scale, it proved possible to sell the chair successfully at a relatively low price. In 1952, the design won the Trail Blazer Award given by the Home Fashions League in the United States.

The original of the Eames DKR Wire Chair was designed by Charles and Ray Eames in 1950 and it is produced as 1:1 model by the Vitra International AG, Basel/Switzerland since 1991.

The here offered miniature by Vitra (scale 1:6) consists of chromed iron-wire and an "Eifel-Tower" base.