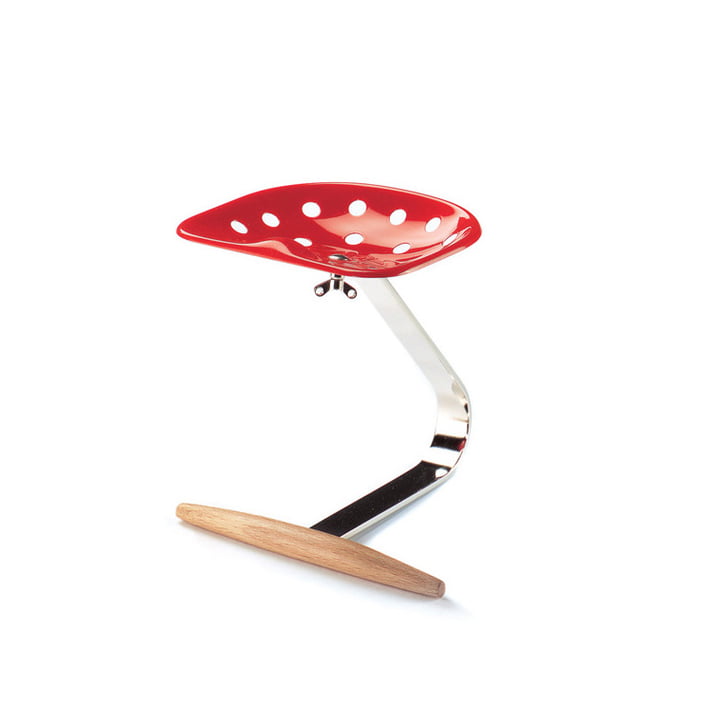 On the occasion of the XIth Milan Triennial in 1957, Achille and Pier Giacomo Castiglioni presented their first prototype for the Mezzadro. The stool went on show in its current form that same year in an interior setting displayed at the »Colori e forme nella casa d'oggi« exhibition in the Villa Olmo in Como. The designers used a common tractor seat for the springy metal seat, fastening it with a wing nut to the spring-based arched steel strip used in tractors to absorb the shock of uneven grounds. They enhanced the stability of the cantilever structure by a wooden cross-strut that resembled the rungs of a wooden ladder.

Each of these parts clearly embodies its task as a part of a functional whole. And what strikes the eye is the recourse to an artistic method exemplified by Marcel Duchamp's found objects or Pablo Picasso's assemblages. The Castiglionis considered a design successful only once they had managed to eliminate all the unnecessary components and an optimal formal expression had been found for this concentration on the essential.

The original of the Mezzadro was designed by Achille and Pier Giacomo Castiglioni in 1957 and it is produced as 1:1 model by Zanotta S.p.A. Nova Milanese, Milan/Italy since 1970.

The here offered miniature by Vitra (scale 1:6) consists of chromed or lacquered steel and beech wood. 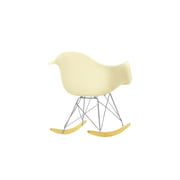 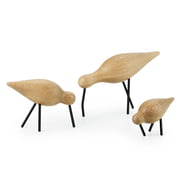 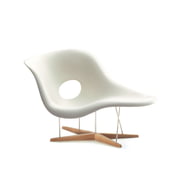