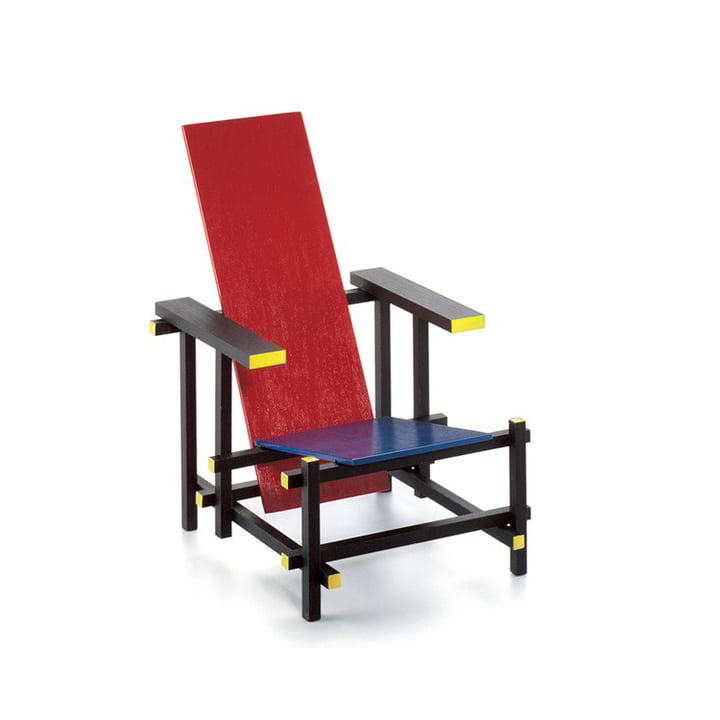 The "Rodblauwe stel" is considered a deciding key object of modern furniture design because of the consequence with which Rietveld understood a piece of furniture as an idealistic, abstract composition of surfaces and lines in a room. The kind of abstraction that has been adopted by Rietveld in here is comparable with the one of the painter Piet Mondrian. Mondrian belonged to a selection of artists and architects – so did Rietveld later on – that grouped around Theo van Doesburg and his magazine "The Stijl", influenciatng the 20th century art sustainably with their radical formulations. Rietveld reduced a given reality to its linear and widely-spread basics. If Mondrian had a landscape as inspiring idol, Rietveld had the idea of a traditional, massive armchair that flew in a geometric construction.

The original of the Rood Blauwe Stoel has been designed by Gerrit Rietveld in the year 1918 and it is produced today as a 1:1 model by Cassina since 1973. 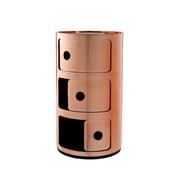