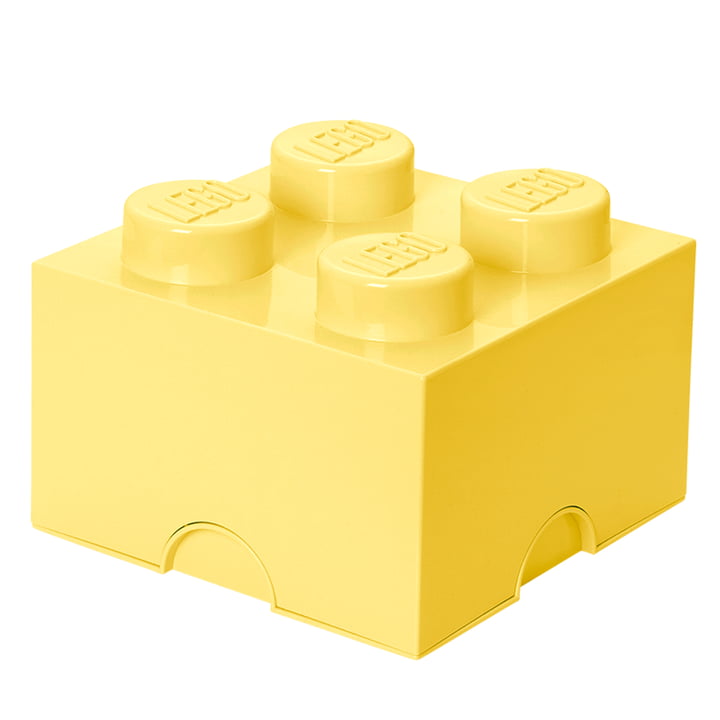 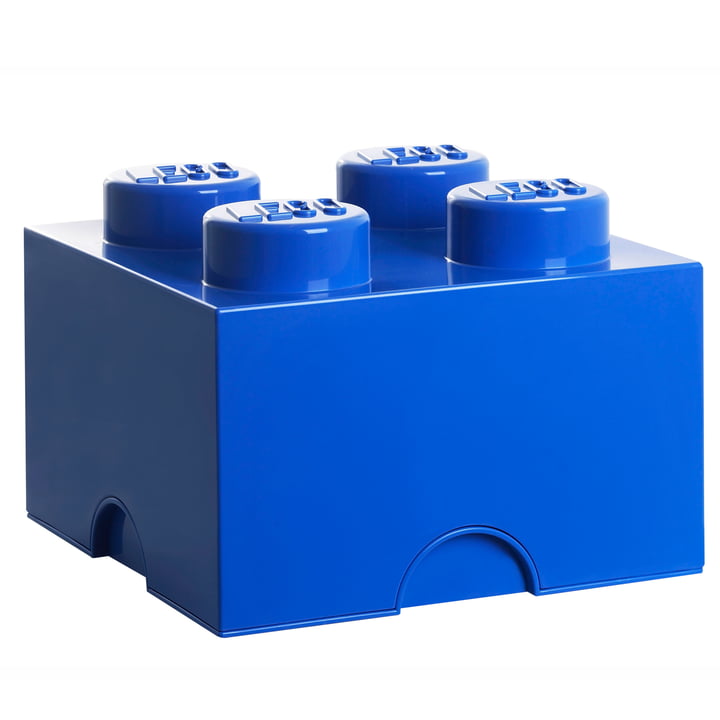 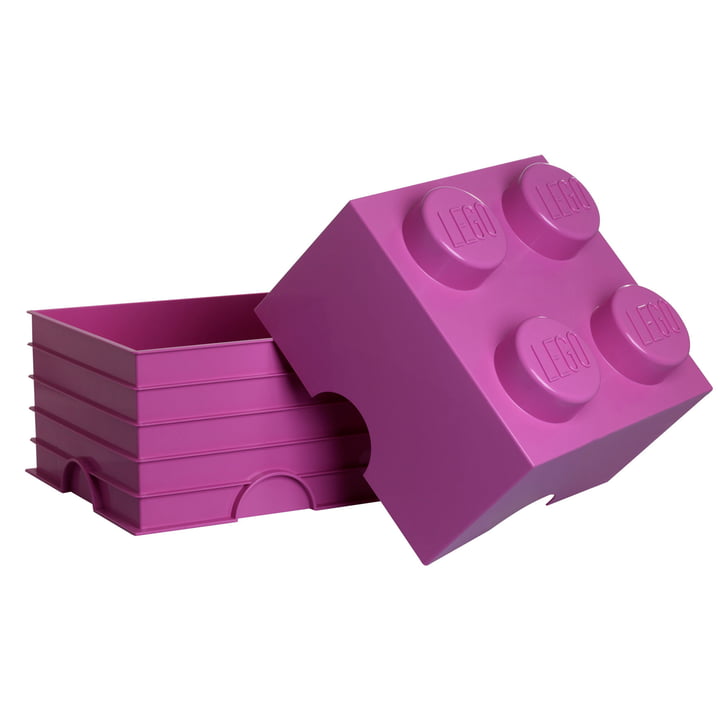 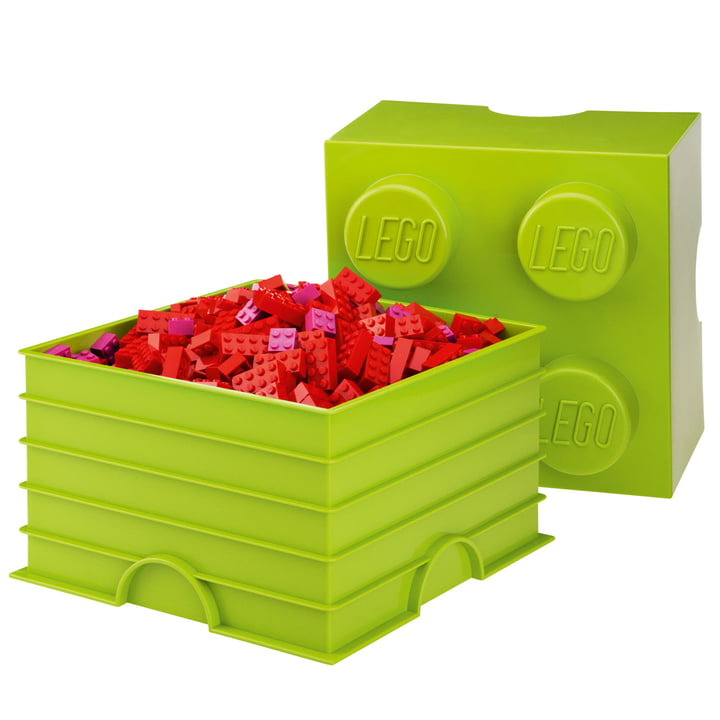 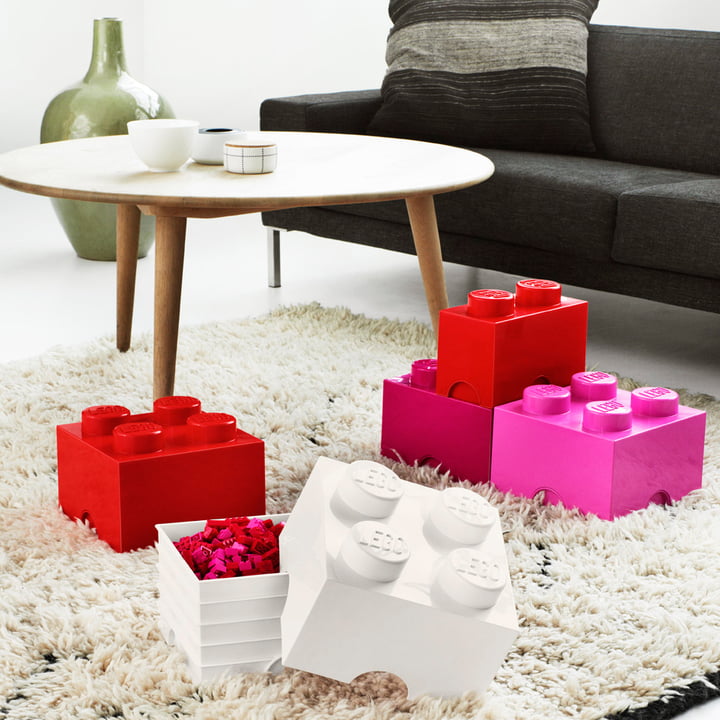 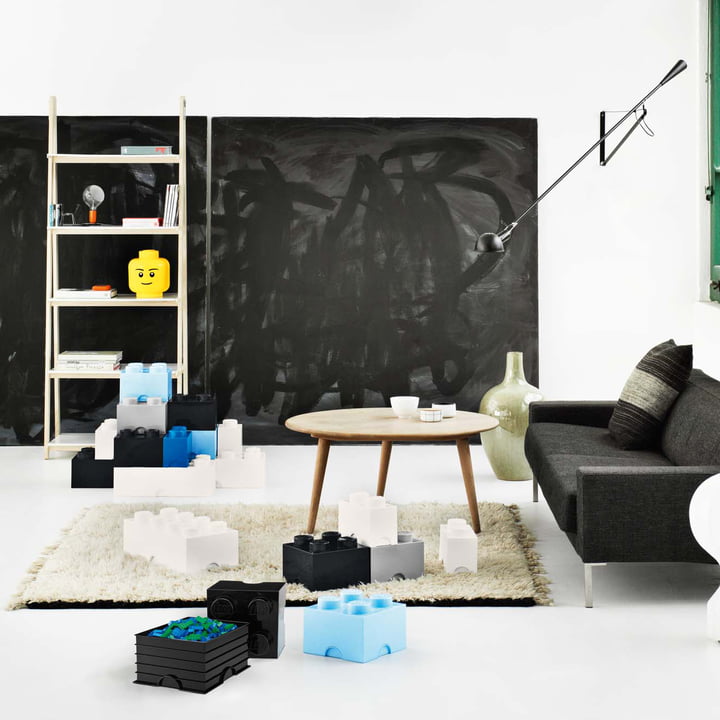 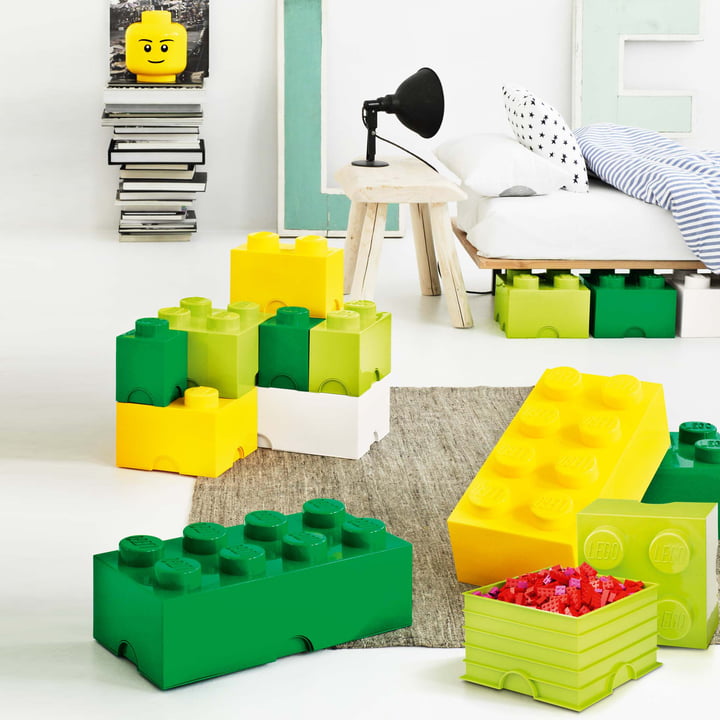 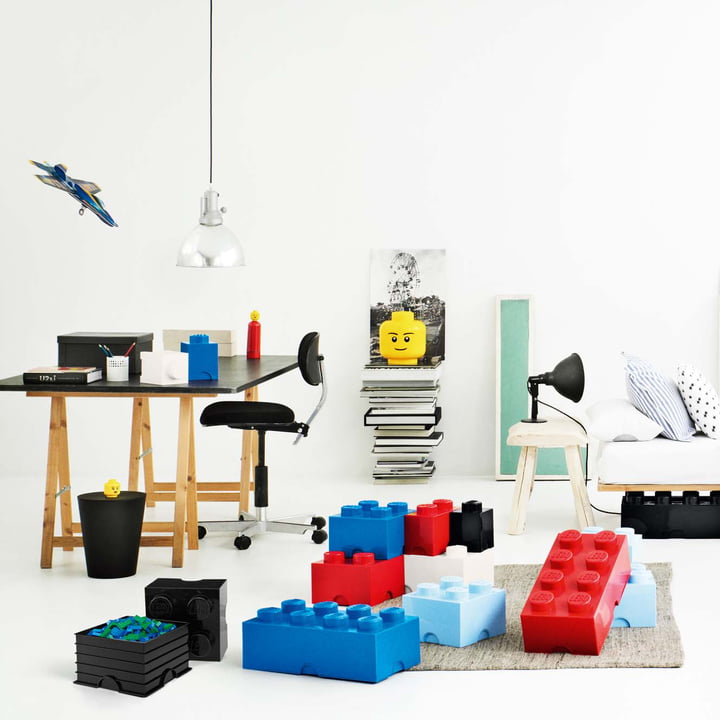 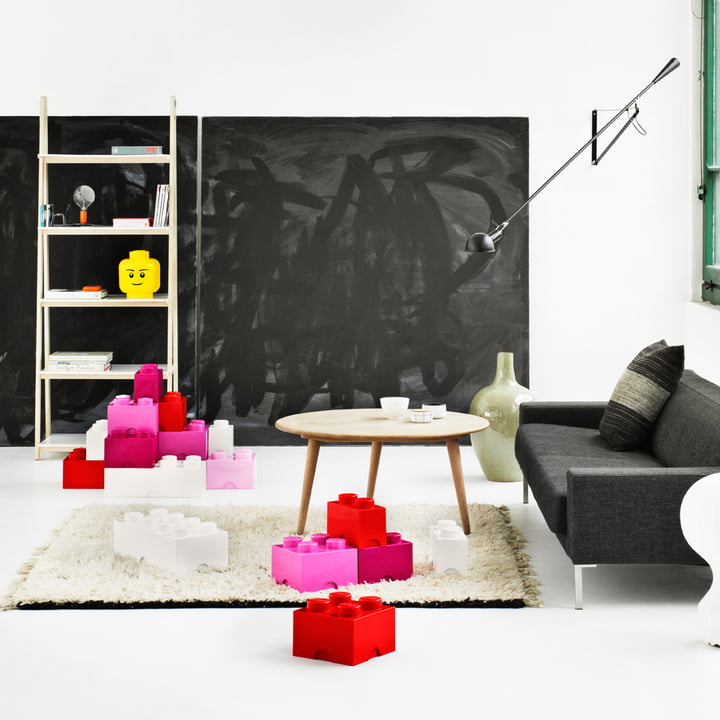 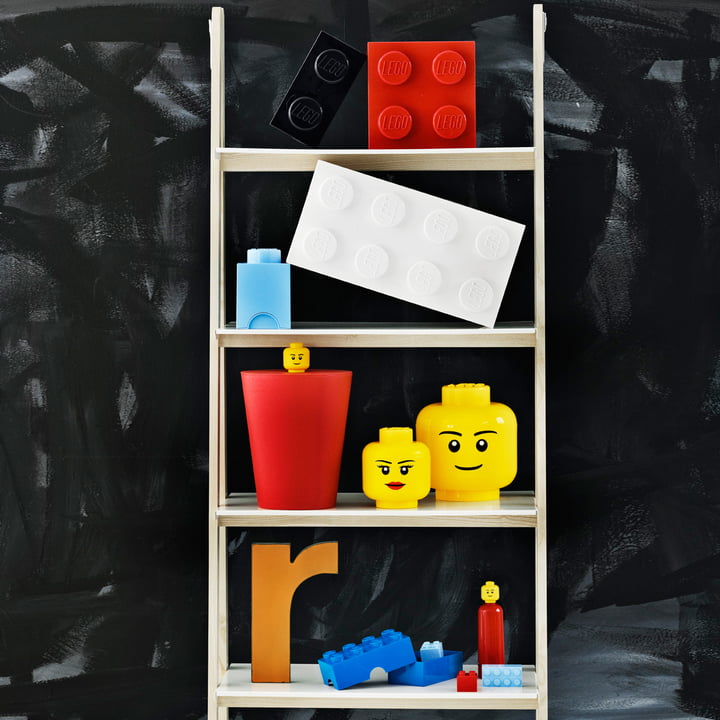 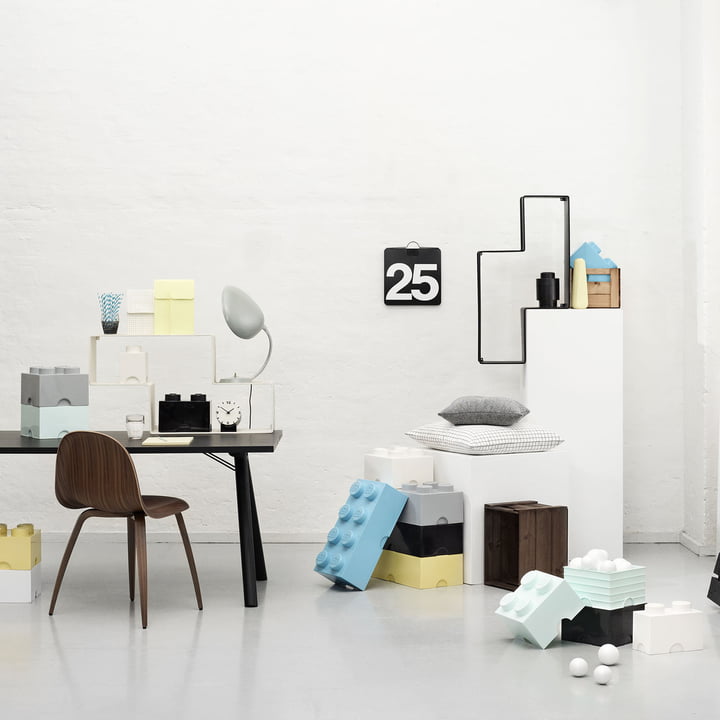 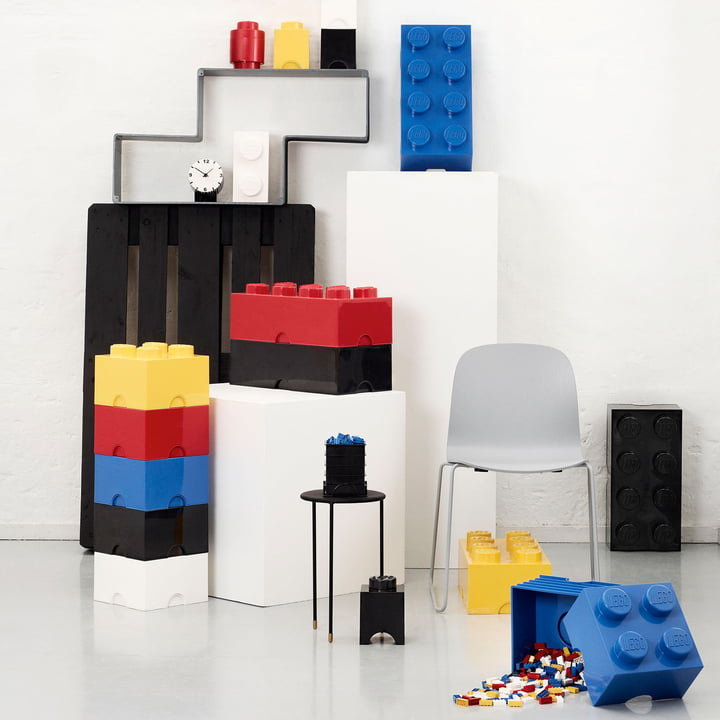 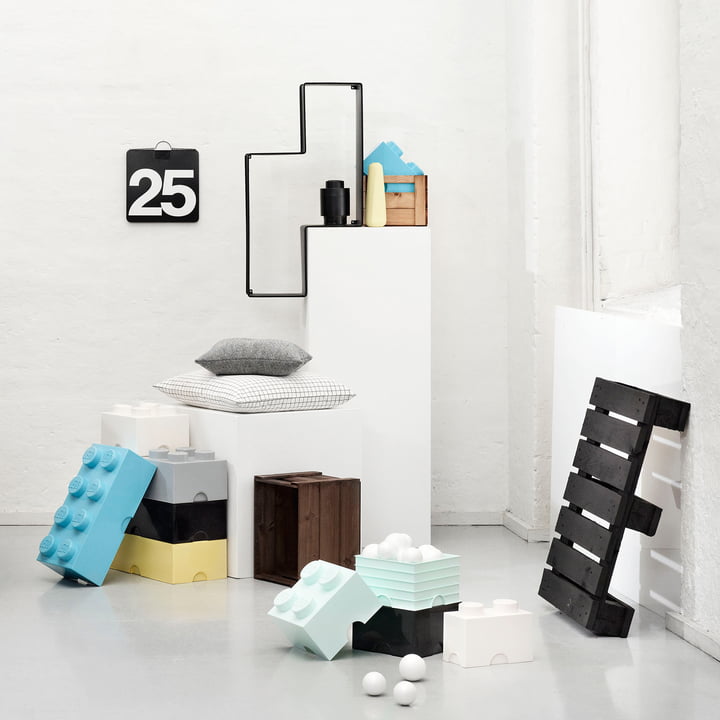 The Storage Brick 4 storage box from Lego comes in the well-known Lego design. The functionality of the Lego bricks, which are among the most popular toys in the world, has also been preserved in this larger format. The Lego storage boxes can also be used to erect partition walls, towers or walls for the room, which previously could only be built in miniature format using conventional Lego bricks. Of course Brick 4 can also be combined with the other sizes of Lego storage boxes.

The notches on the sides prevent a vacuum from forming when the Lego storage bricks are opened, making opening and closing the boxes quick and easy. This means that cleaning work can be carried out quickly and efficiently, and even an order system for Lego bricks can be introduced at the same time. Lego's storage bricks cleverly combine fun and unpleasant tidying up - not only in the children's room, but everywhere and for all friends of the Danish "cult bricks". 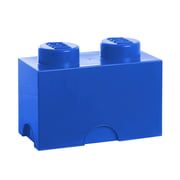