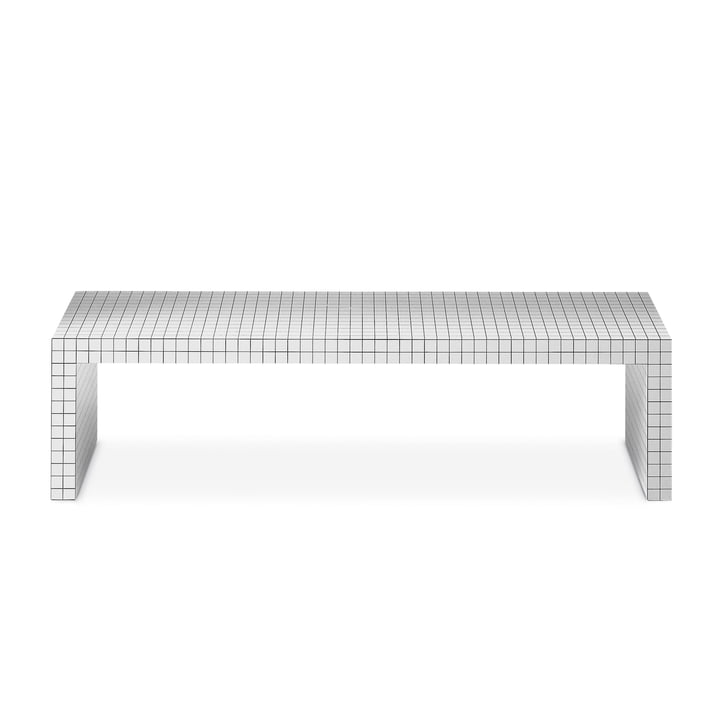 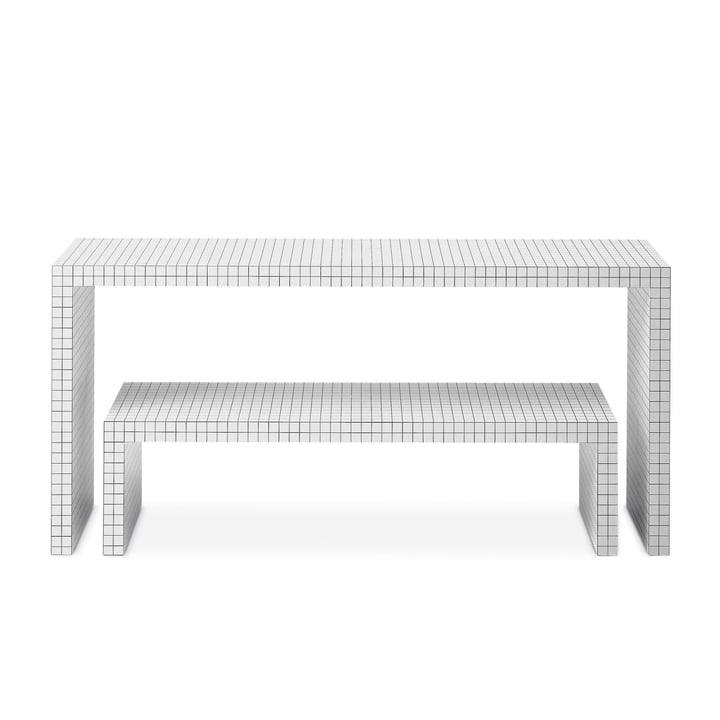 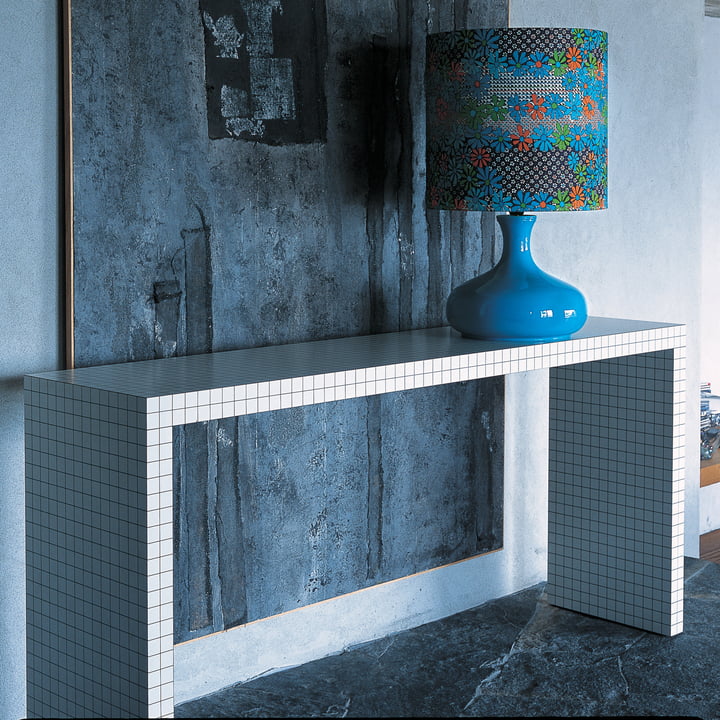 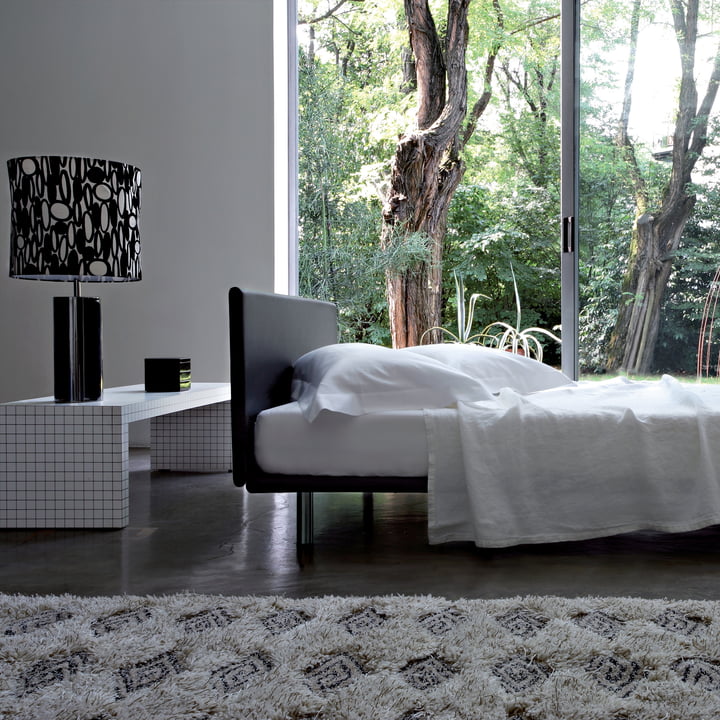 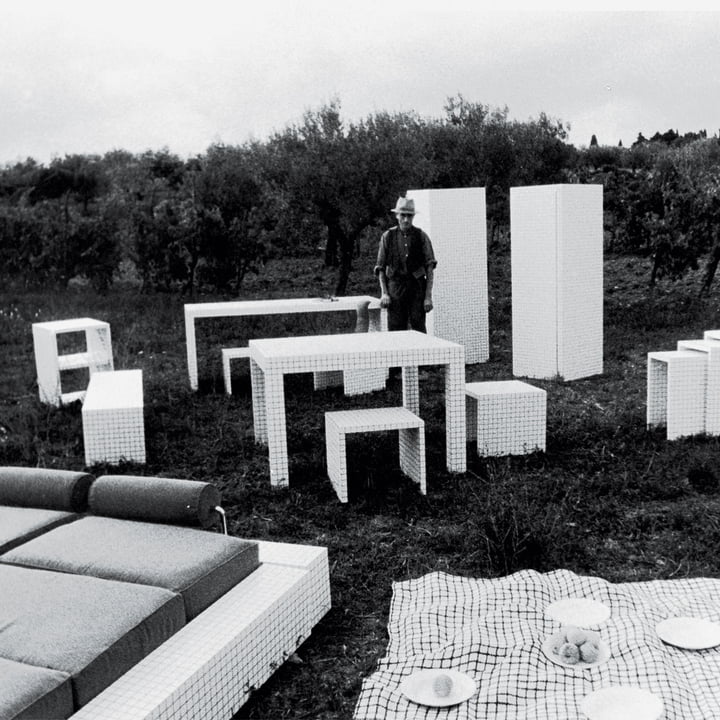 The Quaderna bench is produced after a design by the designers from Superstudio. It is part of a products series which includes checked patterns for numerous furniture pieces, kept strongly geometrical.

The Designstudio Superstudio was founded in Florence in 1966 and fast became one of the most important protagonists of "Radical Design". This radical design-approach was part of the protests movement and wanted to completely change the conservative design-surrounding instead of designing products in a specified frame. The furniture collection Quaderna out of the year 1970 is the maybe most famous design of Superstudio.

The Superstudio designers chose straight forms for their Quaderna bench: The bench consists of only three square-angled plywood panels that are covered with white print. This geometric construction is fulfilled by the constant checked-pattern which decorates the whole table.

The exceptional design of the Quaderna series was already responsible for the Golden Medal on the International Fair M.I.Am in 1971.The furniture pieces are exposed in numerous design museums such as the Museum for Applied Arts in Cologne or the Arts Museum in Berlin today.

The Quaderna collection is produced by the Italian company Zanotta. Besides the bench, also a desk and a wall table are available. 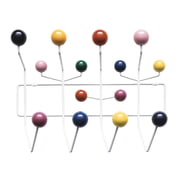 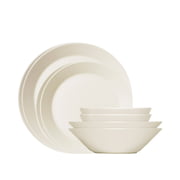 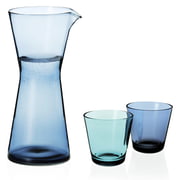 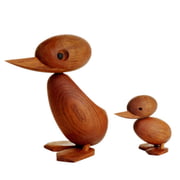