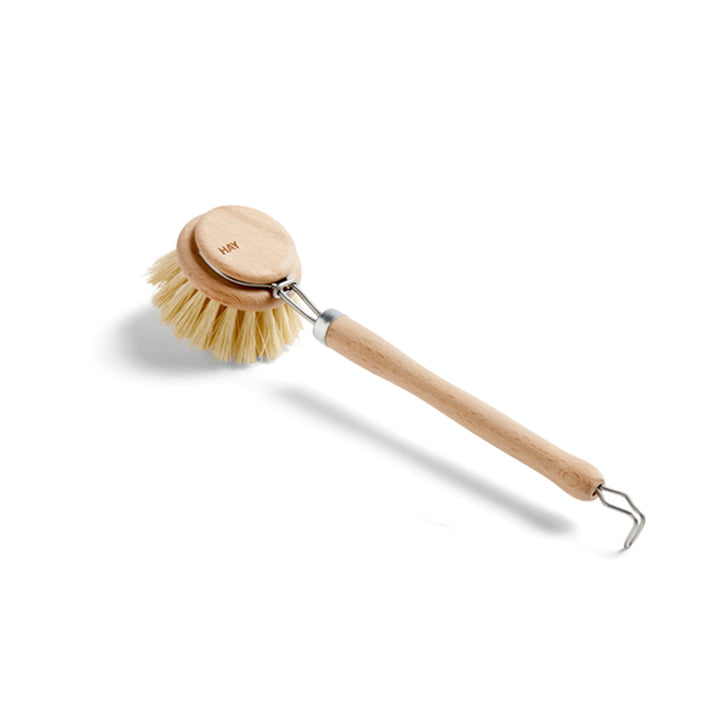 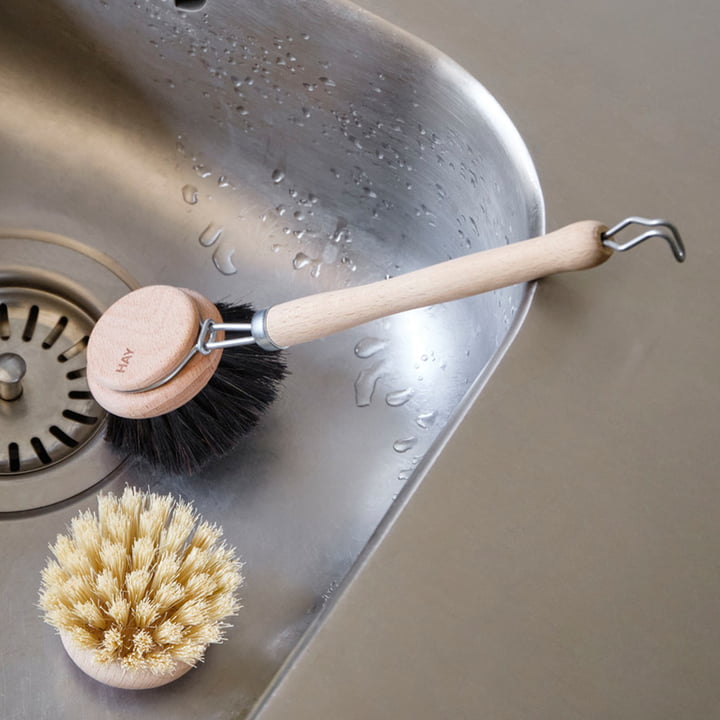 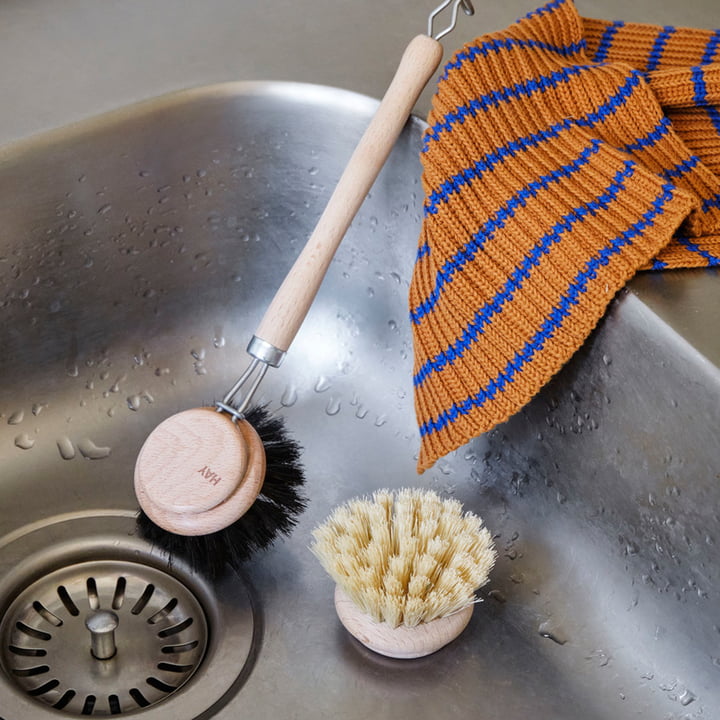 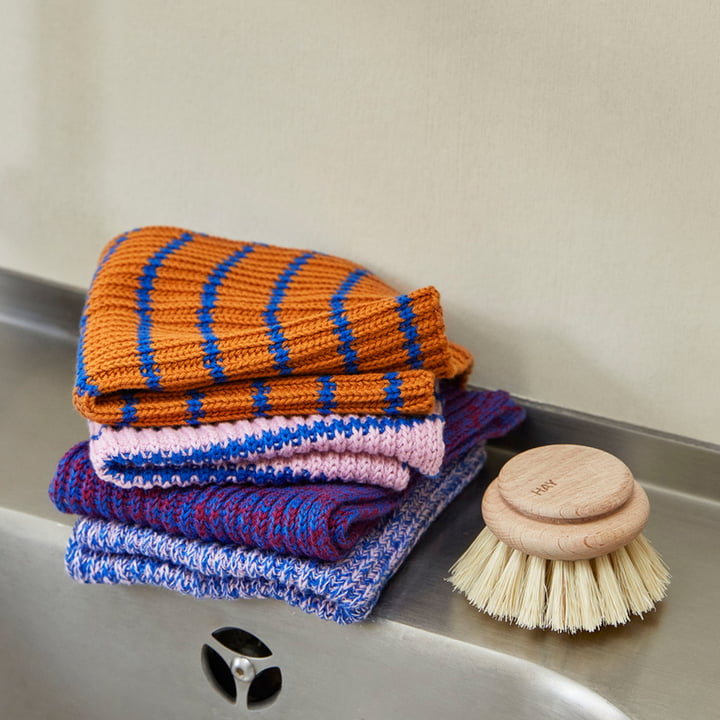 The sink brush from the Wood series of the Danish manufacturer Hay convinces with pure form and function. Its traditional, unobtrusive appearance does not irritate with flashy colours or shapes.

With the Wood series, the Danish company Hay returns to the roots of design. Why are high-tech materials and amorphous 3D designs needed for an everyday object like a washing-up brush? - Especially since the function has not changed much since the invention of the brush.

The design of the dishwashing brush therefore simply follows the motto: "form follows function". Just like the entire Wood series from Hay , the sink brush also uses archetypal basic shapes and high-quality natural materials. The ergonomic handle and the brush head are made of untreated beech wood, while horsehair (soft) or natural fibres (hard) are used as bristles.

The dishwashing brush is available in different bristle hardnesses.