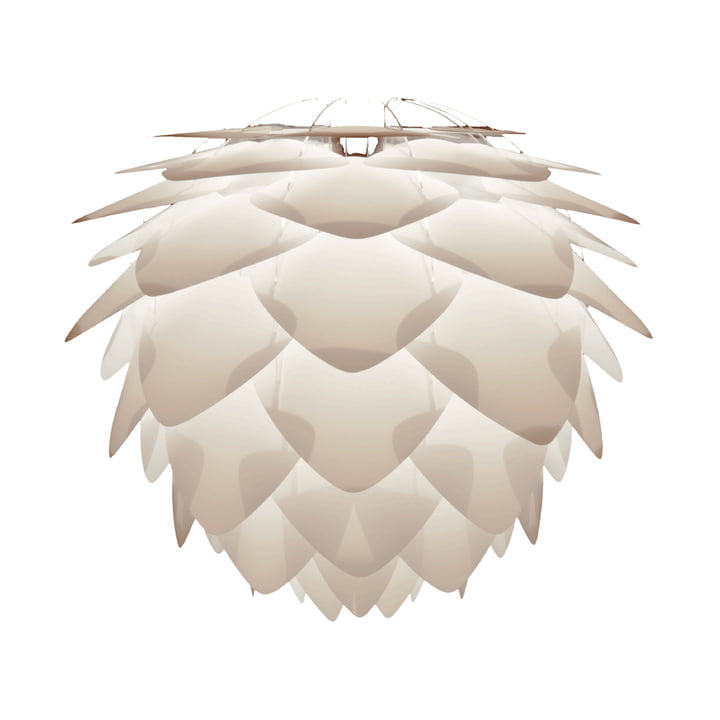 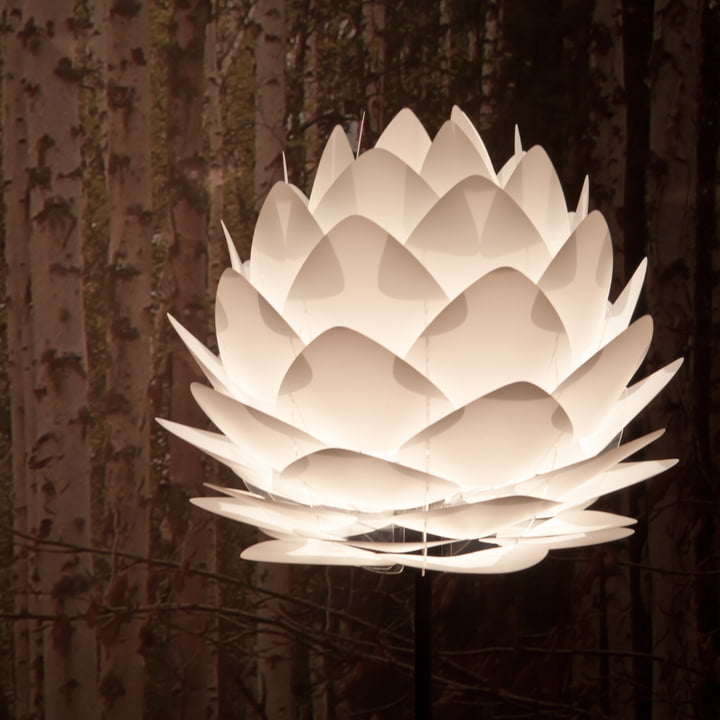 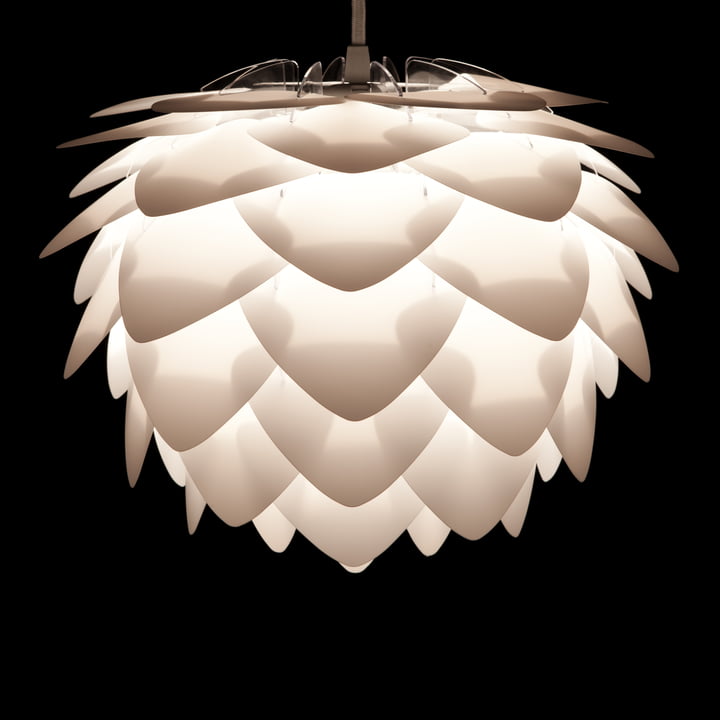 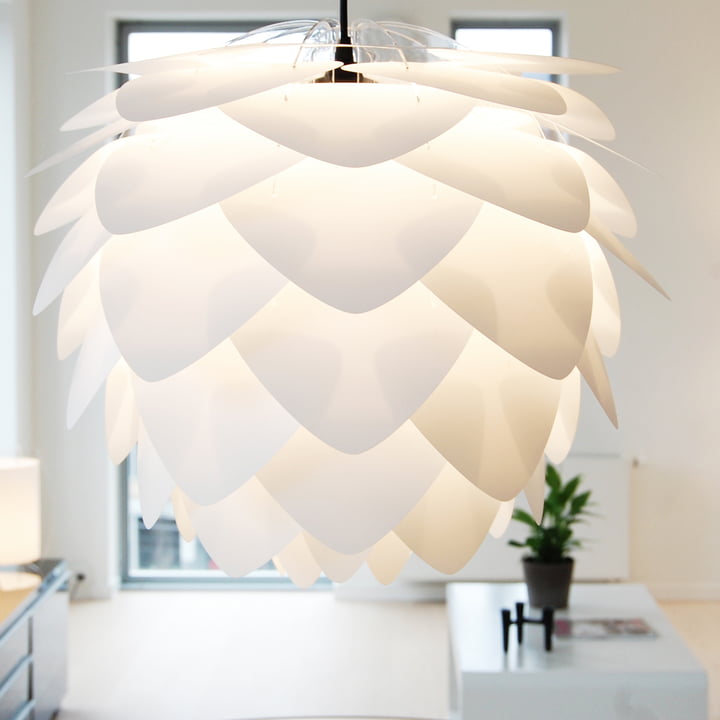 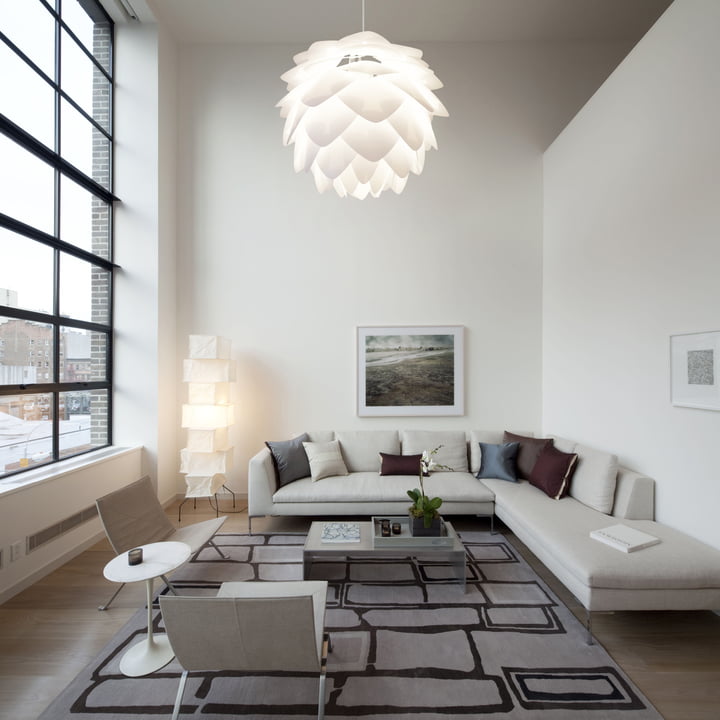 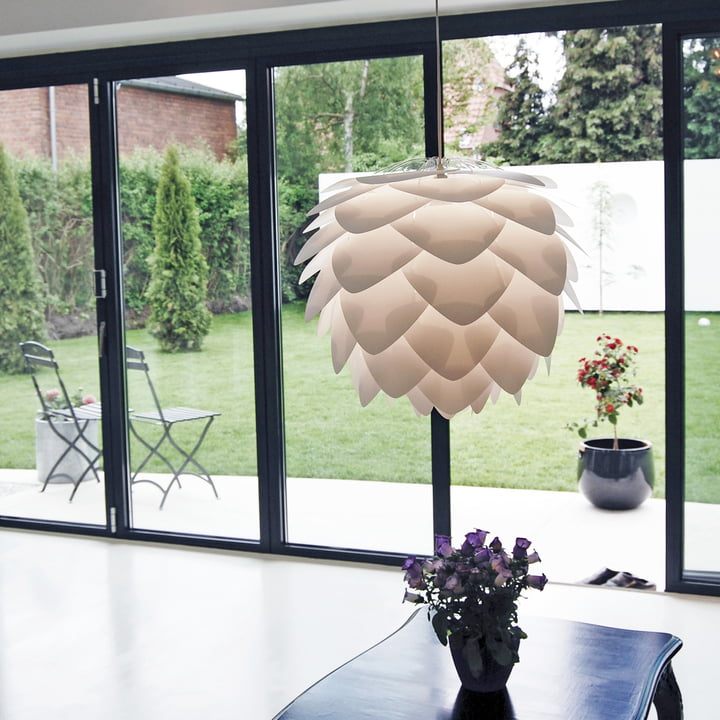 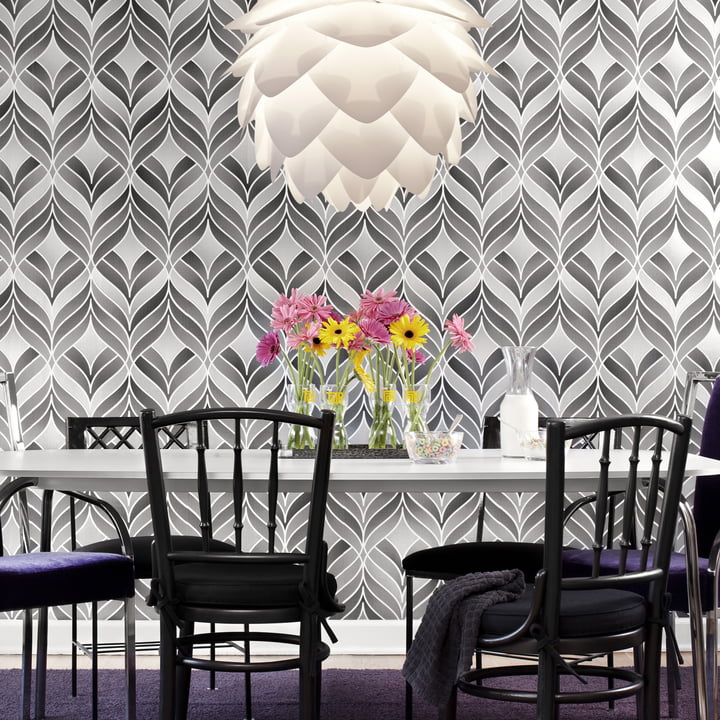 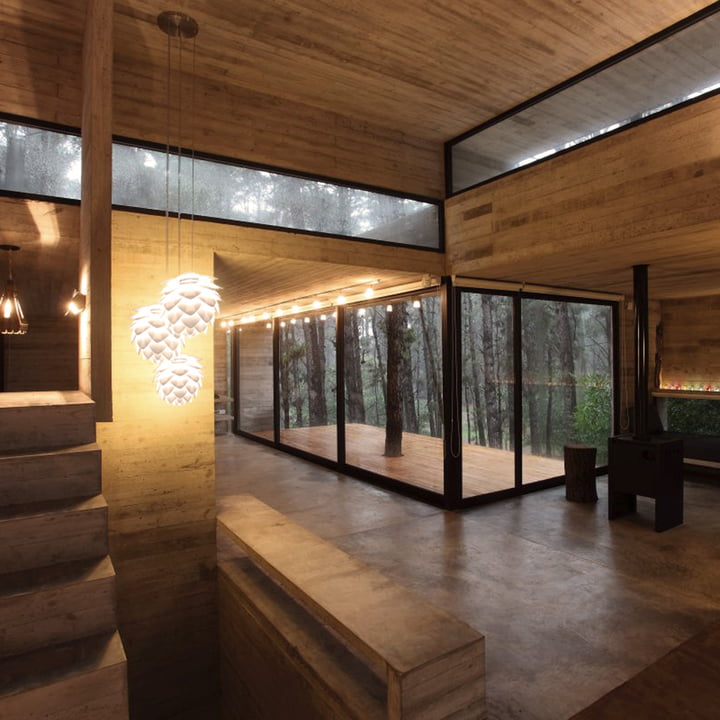 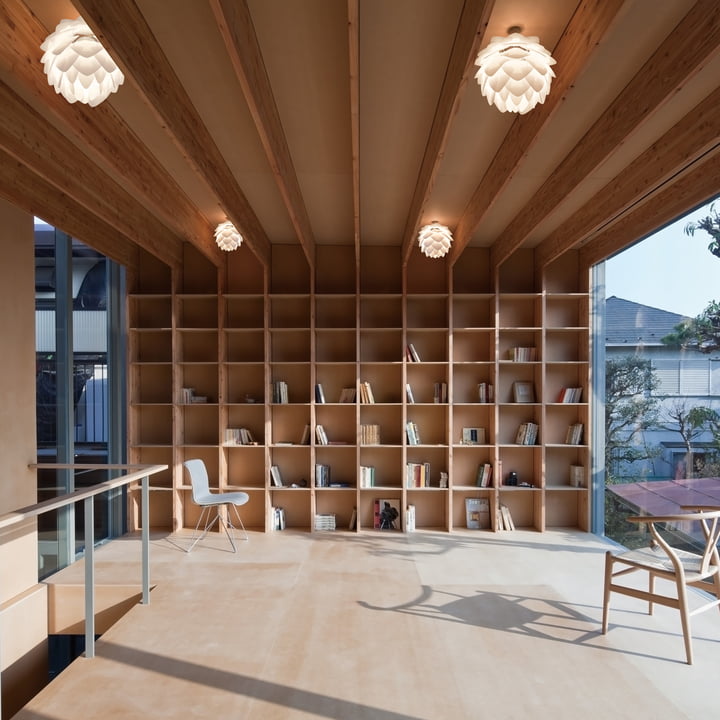 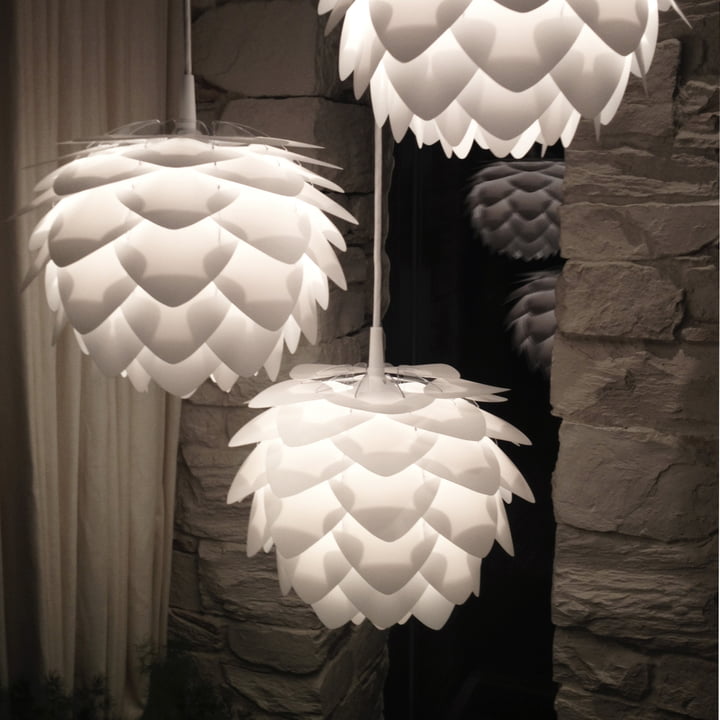 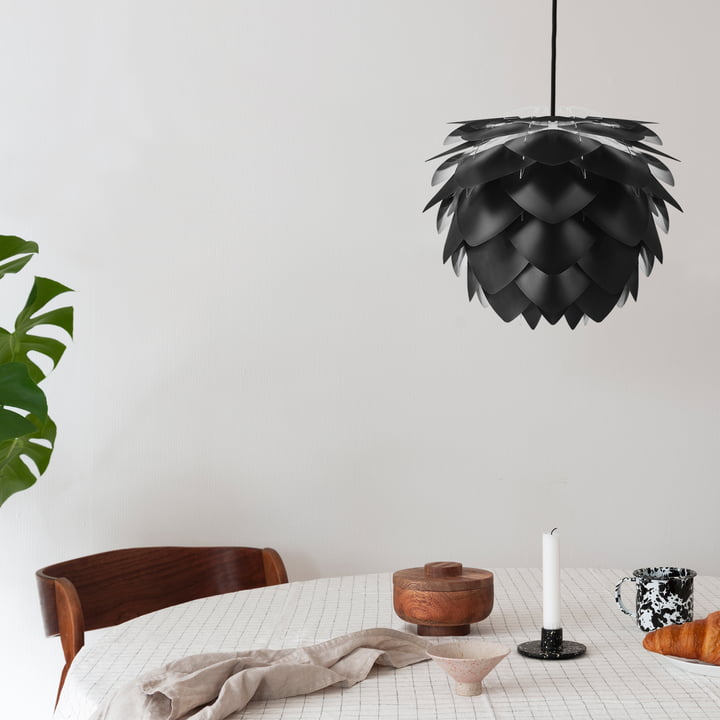 The popular Silvia luminaire from Umage inspires with a honeycomb-like appearance, which makes the design luminaire a special eye-catcher in the living area. The lamp with canopy can be universally transformed into a pendant or, with the matching tripod base, into a table or floor lamp.

In several colours the Silvia lamp presents itself discreetly or extravagantly. In any case, the naturalistic design, whose shape is reminiscent of a fir cone, is a real eye-catcher.

Available in different sizes, the Silvia luminaire is suitable for decorative illumination over the table or counter. The luminaire can be presented as a single luminous object or can be combined several times to create a special light composition. Especially arranged as a group the Silvia luminaire creates unique light effects.

Silvia is composed of several polypropylene honeycombs. The luminaire is supplied in individual parts that can be easily assembled in 15 minutes.

Since Umage all lamps are delivered without cable, socket and bulb, the Silvia lamp can also be used as a table or floor lamp with the appropriate accessories. The universal cable set is suitable for use as a pendant luminaire and is suitable for all Umage luminaires. 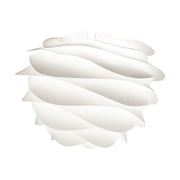