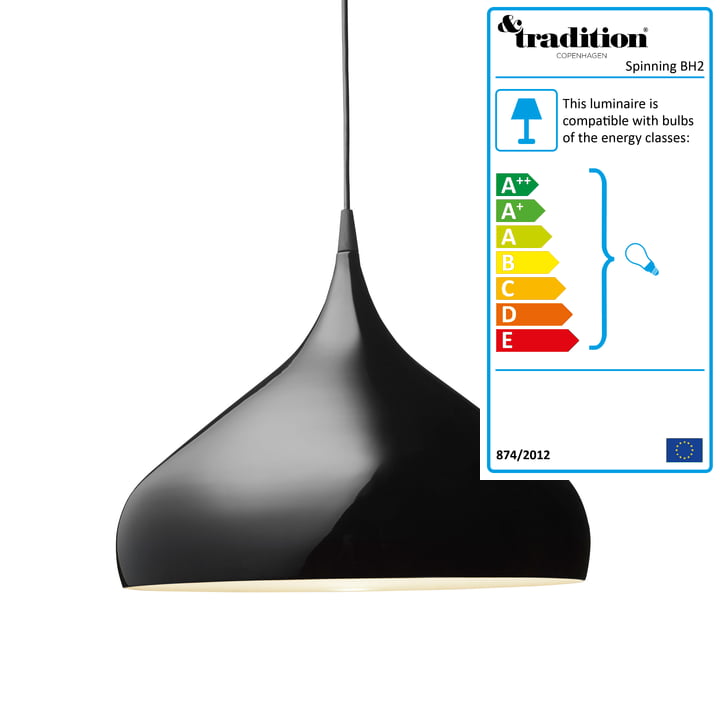 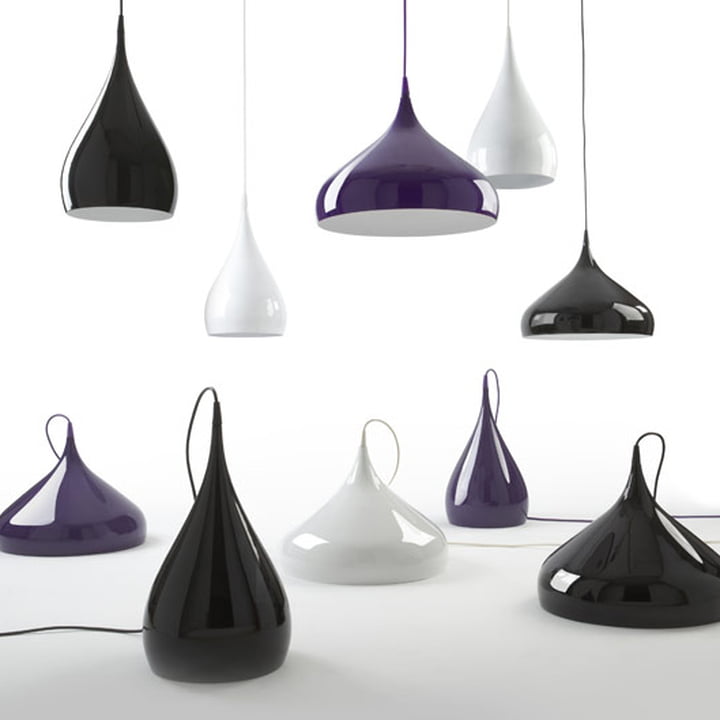 The rotary is not only a famous children's toy, but attended the designer Benjamin Hubert also as inspiration for the pendant lamp Spinning Light BH2.

BH2 spins the idea of the rotating tool fore than the pendant lamp BH1. While at the BH1 the rotation in the beginnings, Spinning Light BH2 reminds of a extremely rotating rotary, which kicks out to the sides. The heightens the optical dynamic of the lamp and caters also for a larger opening on the lower side.

Consequently, the designer Benjamin Hubert implements the idea of rotation: The cable breaks in at the upper end of the pendant on the slimmer part in the lamp's body. The body opens up just like turning down and approves the light in the inside on its widest part.

With its flat shape the pendant lamp Spinning Light BH2 appears in the collection of high quality tools in Nordic tradition, what the business &Tradition stands for.

The Pendant Lamp Spinning Light BH2 by &Tradition is also available in purple and black.