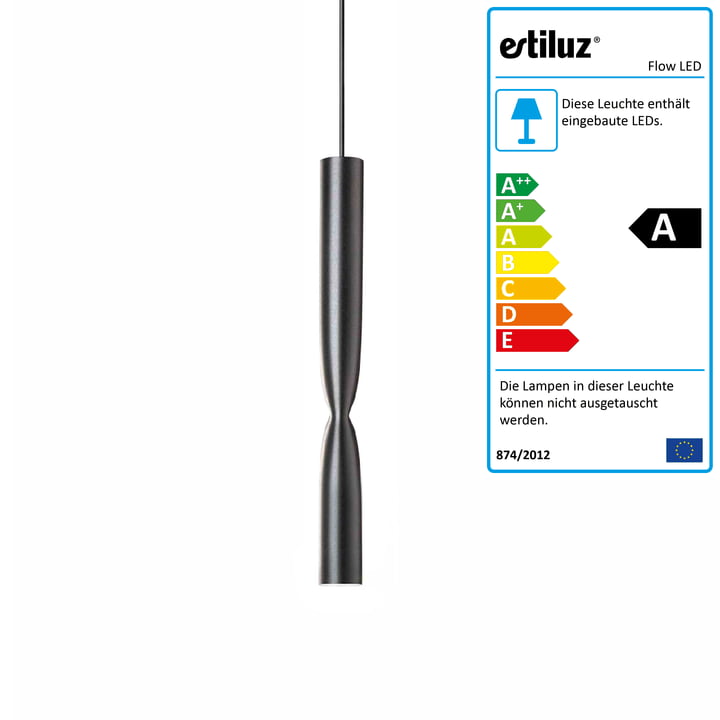 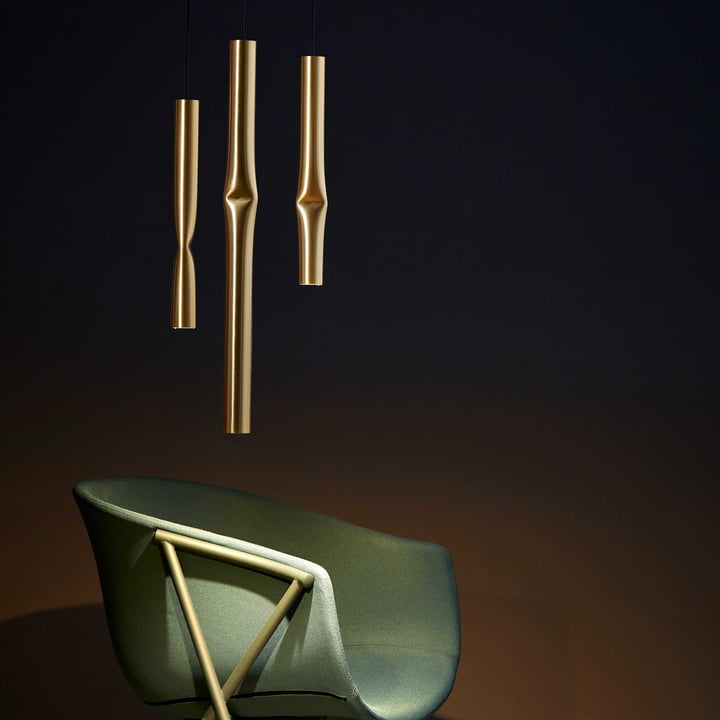 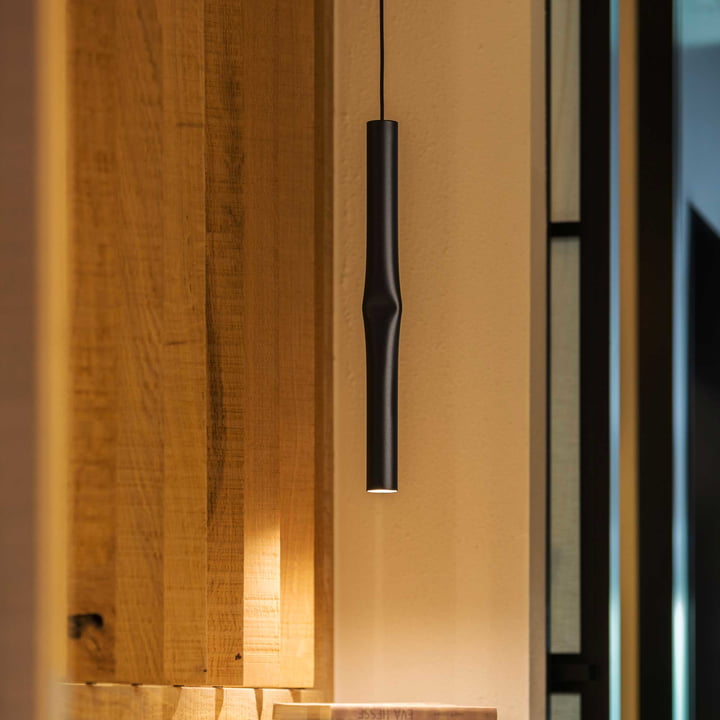 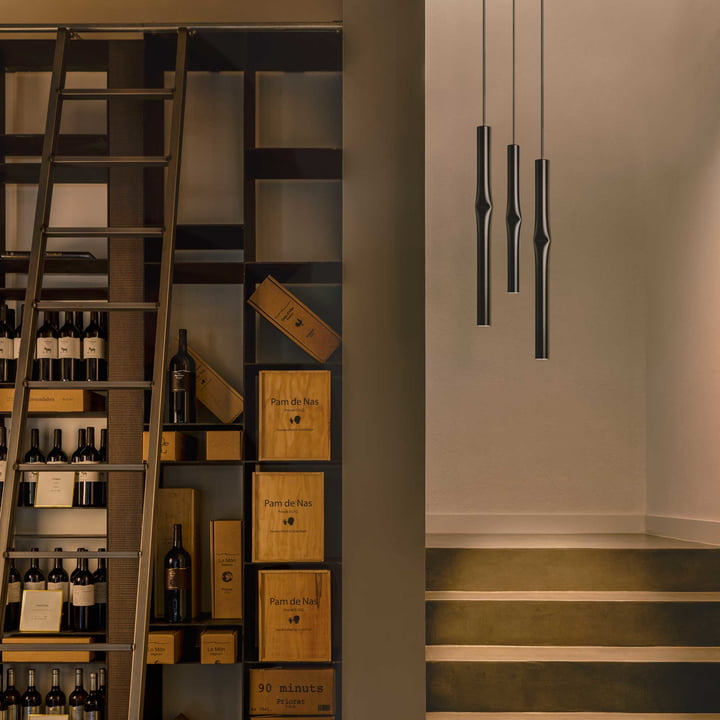 The Flow LED pendant luminaire was designed by Estudi Ribaudí for the Spanish label Estiluz. The pendant luminaire is equipped with state-of-the-art LED technology, which is hidden behind an acrylic diffuser and emits soft and pleasant light downwards.

Its tubular structure and purist design make the Flow a very versatile luminaire that can be easily integrated into many living rooms on its own or by adding several luminaires together. The metal tube "knocked in" in the middle makes the luminaire a unique luminous object. 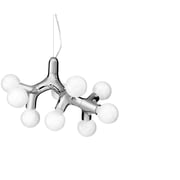 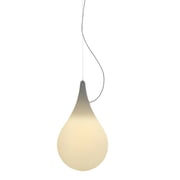 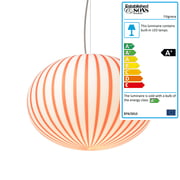