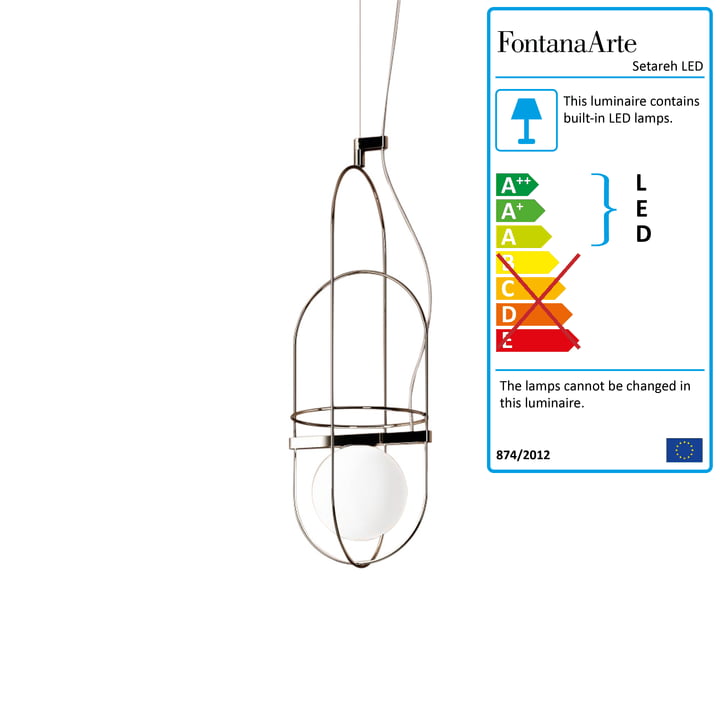 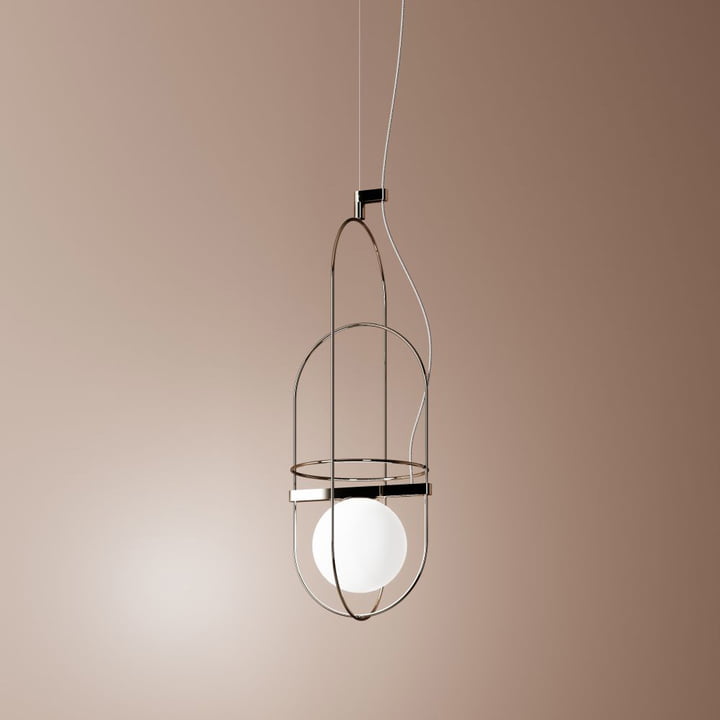 The Setareh LED pendant luminaire by Francesco Librizzi for FontanaArte is a sculptural luminaire with an elegant character that can be individually designed. The luminaire consists of a mouth-blown glass ball in matt white, which seems to float in a slim metal construction. The construct seems to circle around the sphere like an orbit, thus creating a special dynamic in any space. The light of the sphere creates a gentle atmosphere in the room. Rays of light are beautifully reflected by the metal frame, creating an almost poetic appearance.

The pendant luminaire is available in many different versions with golden or dark metal frames. Several luminaires of the Setareh series together create a harmonious overall picture. 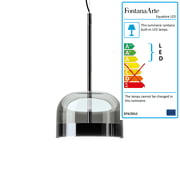