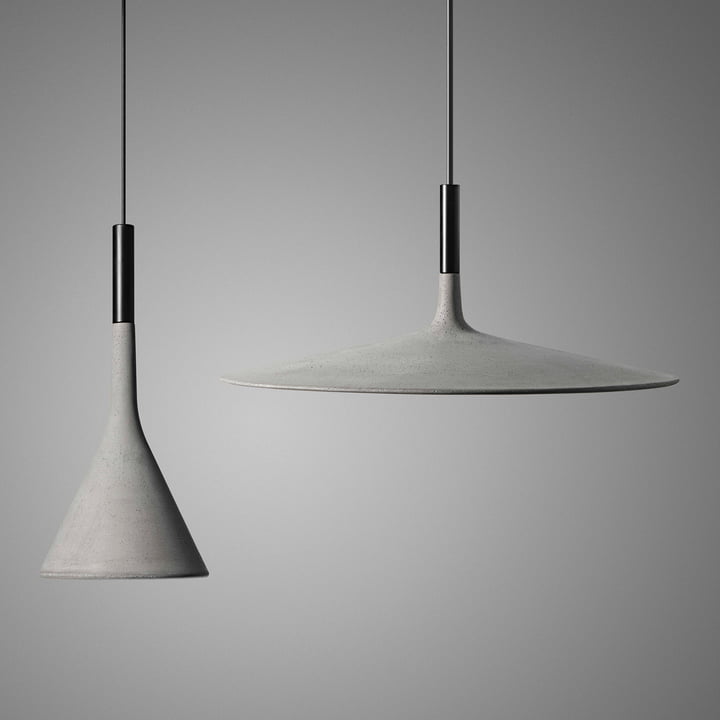 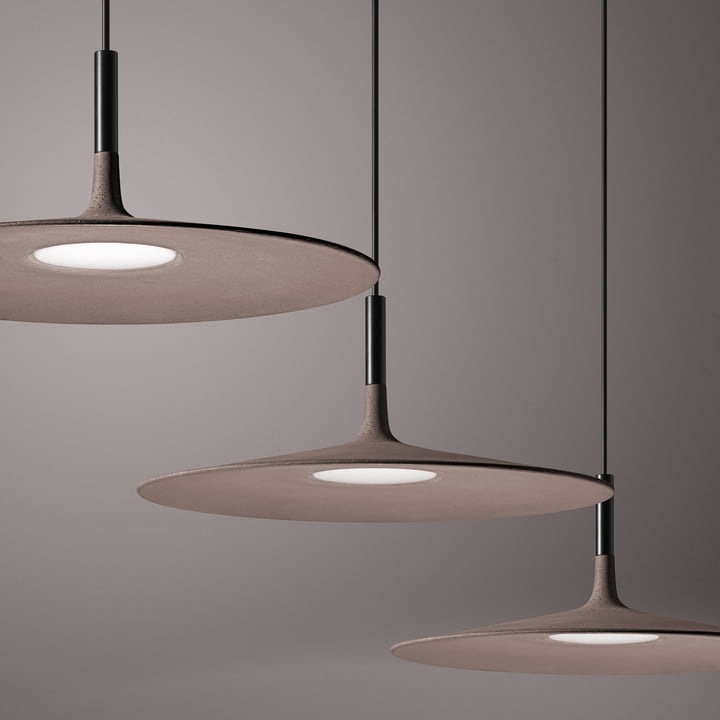 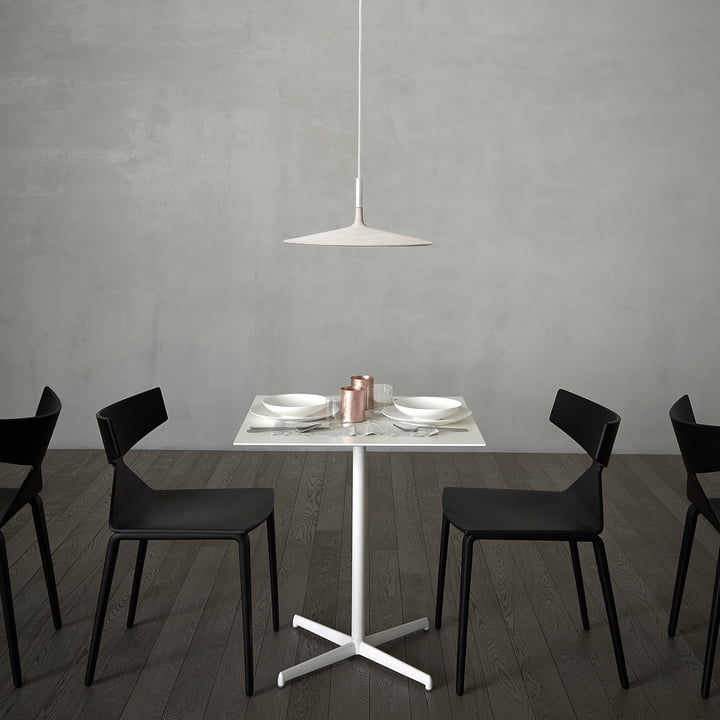 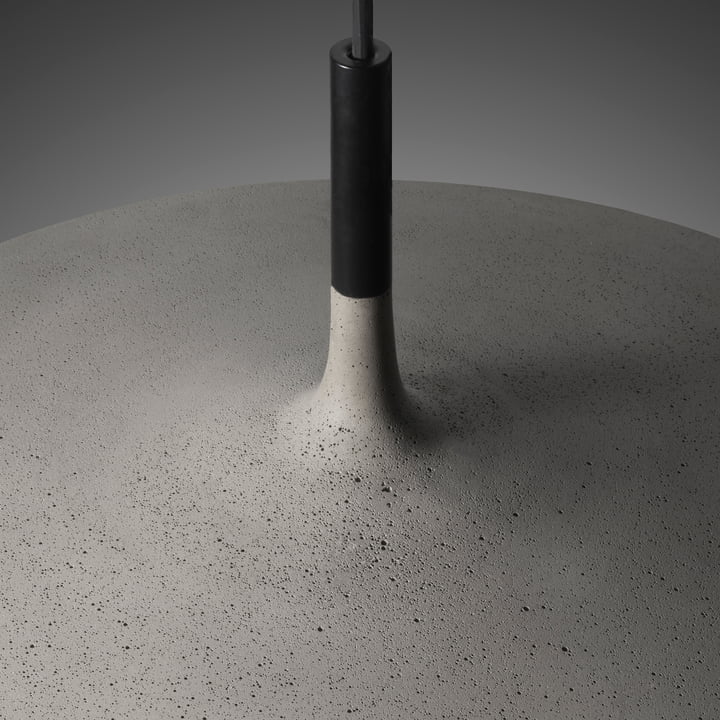 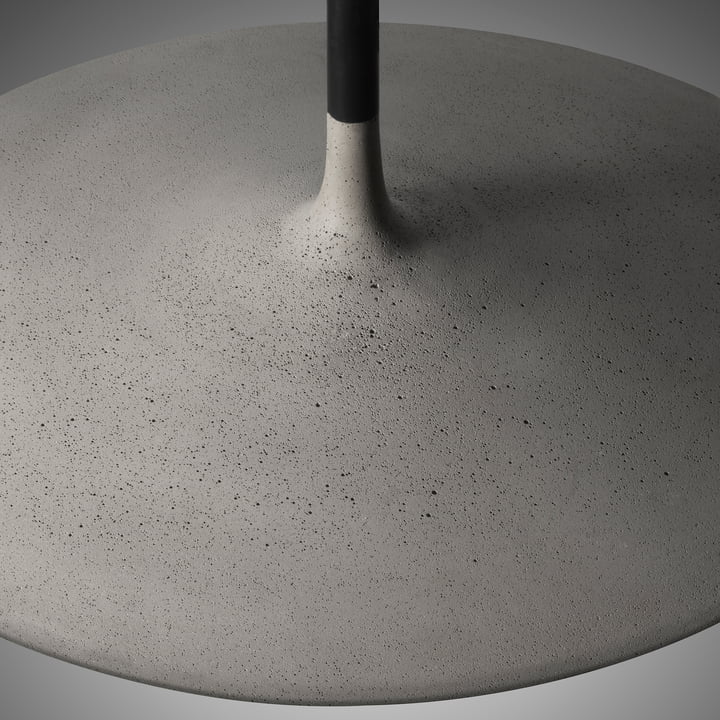 Luminaire made of concrete

The pendant luminaire Aplomb Large by Foscarini combines the material concrete with a functional and at the same time decorative design. The lamp was designed by Paolo Lucidi and Luca Pevere, who together form the LucidiPevere design duo.

The elegant concrete hanging lamp Aplomb, with its simple appearance, makes its mark on any environment, from architectural objects to private living spaces. The innovative and unusual use of concrete as a material gives the lamp a rough charm.

Unlike the original Aplomb luminaire, the Large Version does not emit a punctual light, but instead illuminates the areas underneath it over a large area thanks to its wide shade. Hanging several of them together - also in combination with the small version - an attractive lighting ensemble can be created that fits into any ambience.

The Aplomb is also available in a version with dimmer to regulate the required light intensity. The pendant lamp is available in marrone, grey and white.

For the symbiosis of concrete, an unusual material for luminaires, and the unobtrusive design, the Aplomb luminaire by Foscarini and Lucidi Pevere was voted "Luminaire of the Year" in 2011.