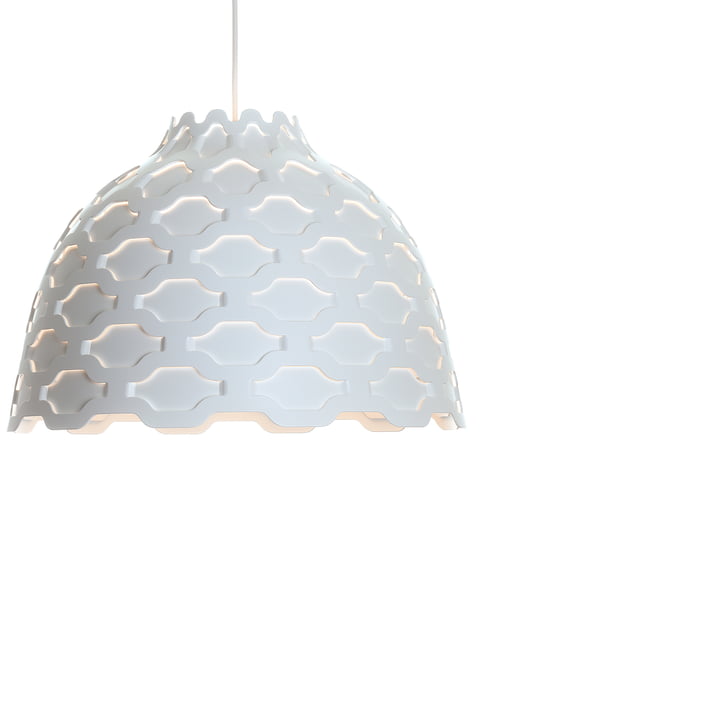 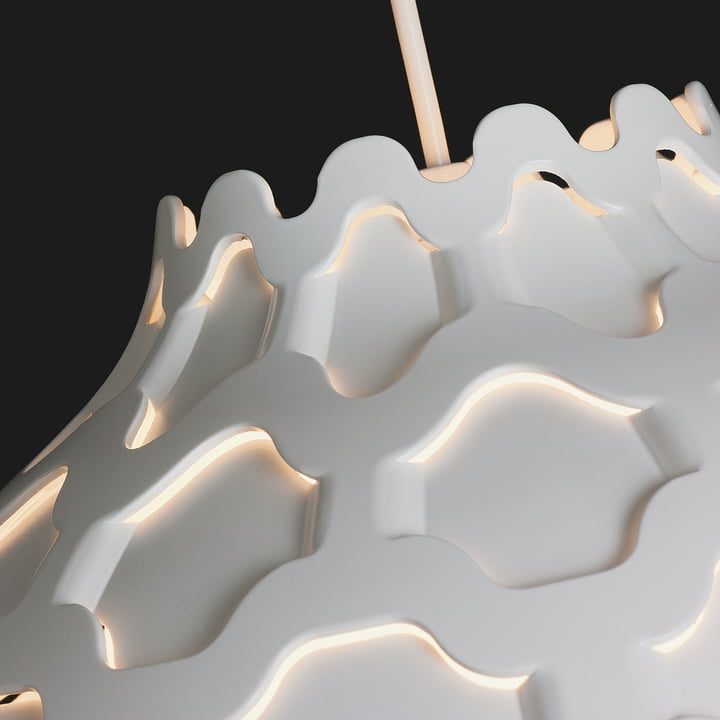 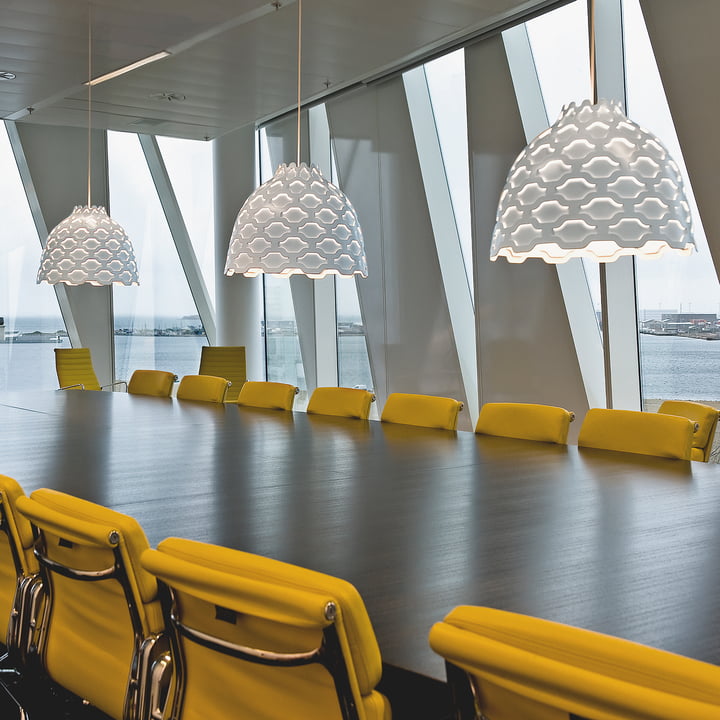 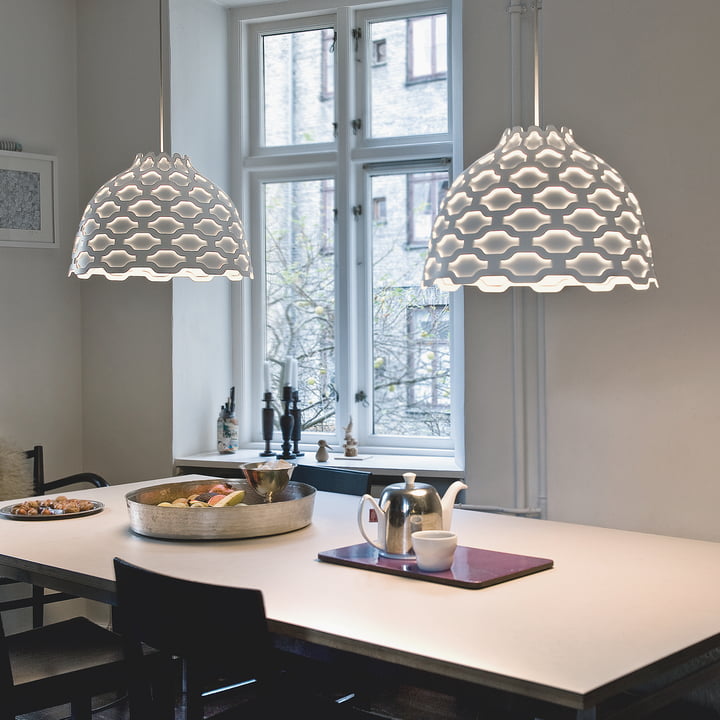 "I tried to emphasize the balance between dimming and spreading light in a room. Shade and spreader are one. A theme, which becomes clearer in its function: protecting against glare, mood-creating, but simultaneously spreading enough light. Despite of the hard and massice material, the impress is soft and friendly." Louise Campbell

The name LC Shutters associates already the atmospheric light-impression that one feels by having a walk in the evening in a south-European city. The windowsills are closed or rather slightly tilted many light-beams come out and create a decorative façade: Something more private, intimate, instead of the really opened windows in northern Europe.

The lamp mainly spreads direct light. The perforated ornaments on the shade create a soft brightness. At the same time the surface and the contours of the lamp are decoratively brightened. For a 100% glare-free light, the illuminant is filtered by an opal diffuser, ensuring a soft and comfortable light-division. This soft light creates a pleasant atmosphere in the shade and ensures a soft and gentle light-effect at the outside of the shade so that the form of the product might be illuminated and marked when it is switched on.

LC Shutters is a special harmonic lamp. It is available in two editions – one white and one colourful, in which a pattern in different colours makes up a completely different impression, switched on as well as off.

The LC Shutters is a lamp that can be used at numerous places. On the first sight, many people would suspend it over the dining table. This seems logical, but the lamp of course also perfectly suits other surroundings. Louis Poulsen tested the lamp in different rooms before it was presented. The LC Shutters developed the exceptional ability of offering decorative and all-surrounding softness to its surrounding. The LC Shutters spreads sincere light. A diffuse and soft light, that illuminates faces without unnecessary shadows- That is why it is also very suitable for conference rooms, creating the best conditions for communication.