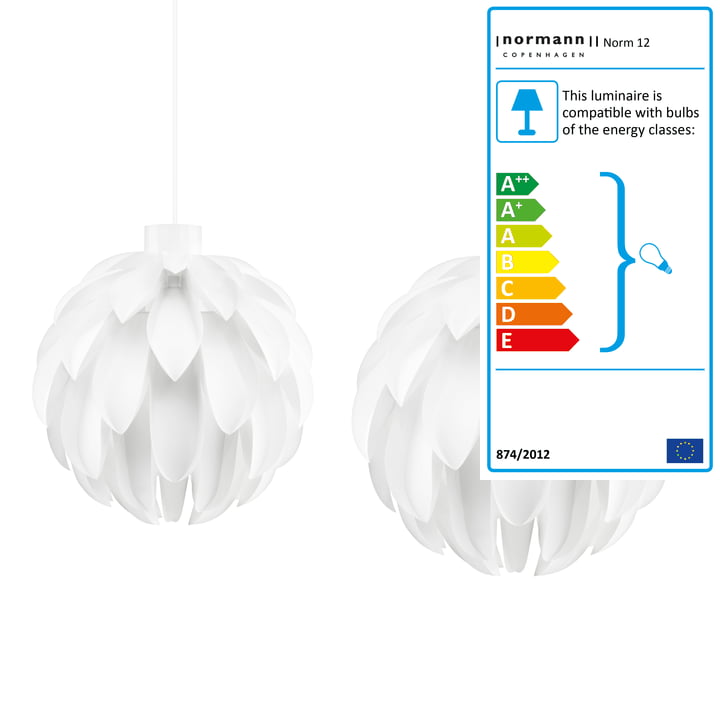 Normann Copenhagen launched the Norm 69 in 2002, which later became a worldwide design icon. The lamp was also the start of a long cooperation with the designer Simon Karkov. More than one decade later, another sculptural lamp full of character came out of the hand of the designer.

The Norm 12 lamp has a pretty shape and it was kept in a friendly form. It owes its name to the number 2012 – the year it was founded in. The lamp is available as self-made kit. A soft and glare-free light is spread in the room by means of the rounded shape of the lamp.

More and more inspirations out of nature and the flowers world are represented in the designs by Simon Karkov. And this is how also this one is clearly comparable to a flower, if one looks at its bent, petals-like lamp-parts. The shape is soft, the appearance acts organic.

Norm 12 is available in two sizes, in a pure, simple matt white. The lamp suits most of the interior furnishings and styles. The large lamp is ideally suitable for corridors or bedrooms. The smaller edition spends a pleasant light on top of, for example dining tables.