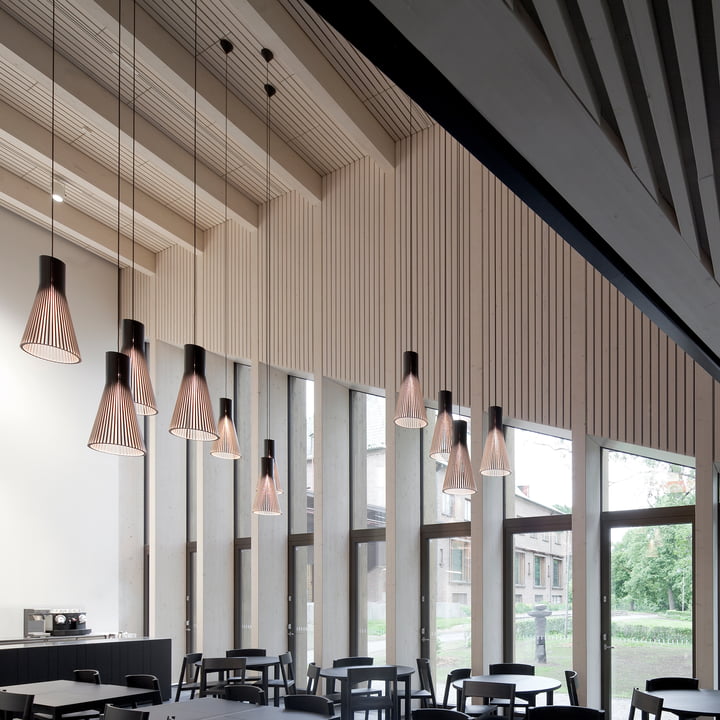 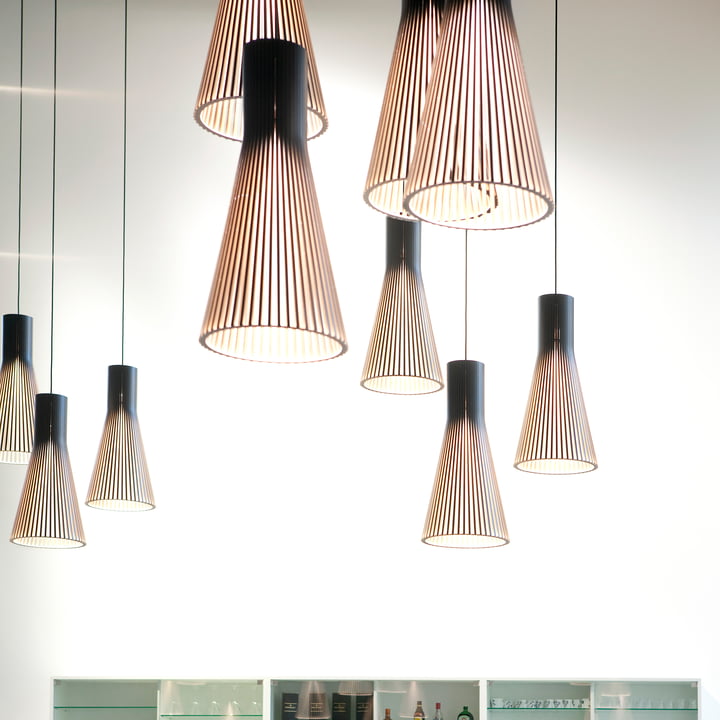 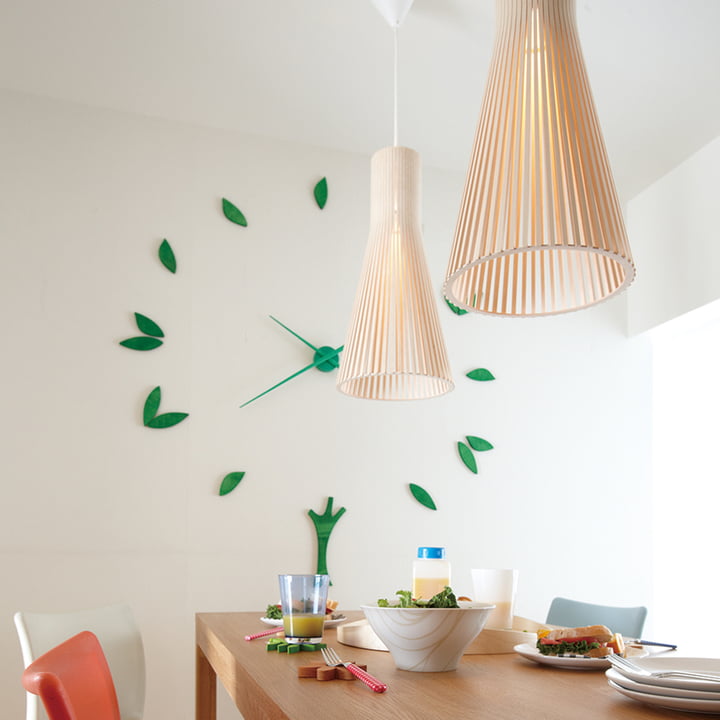 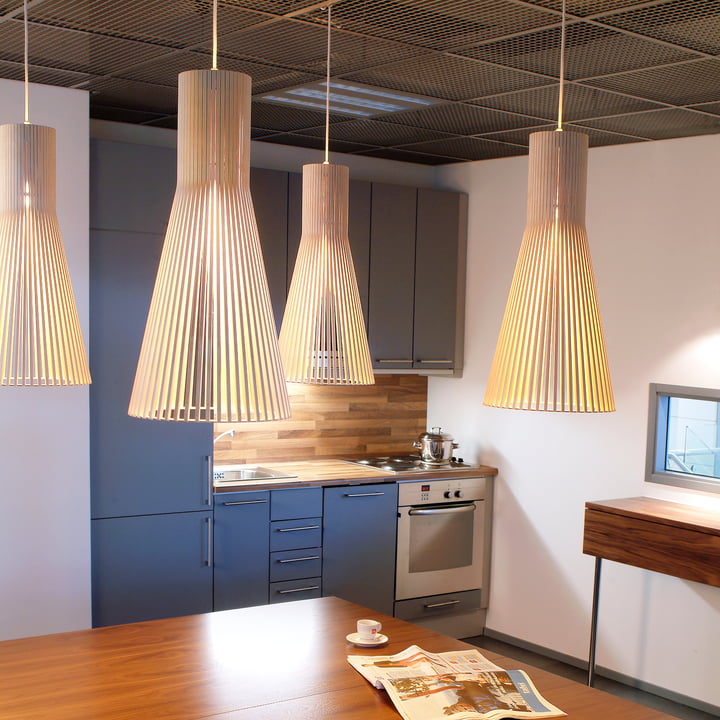 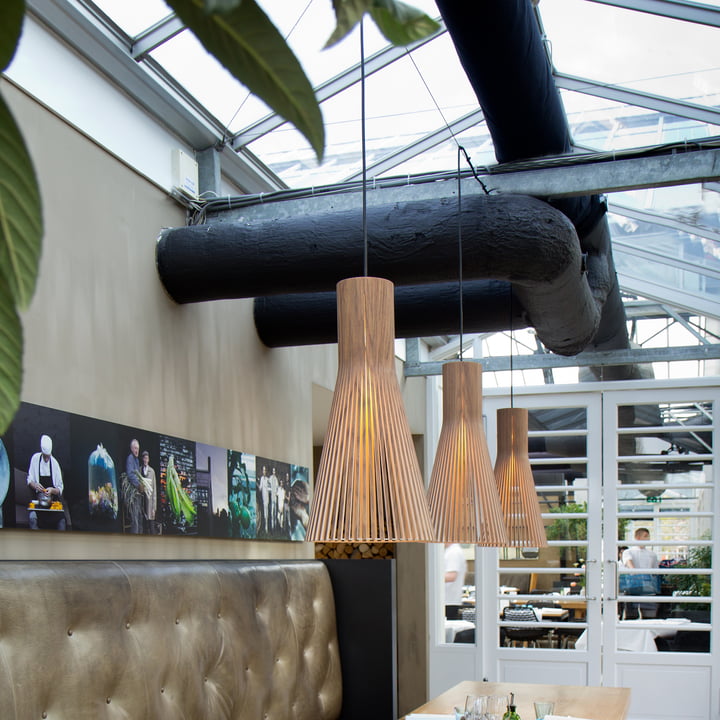 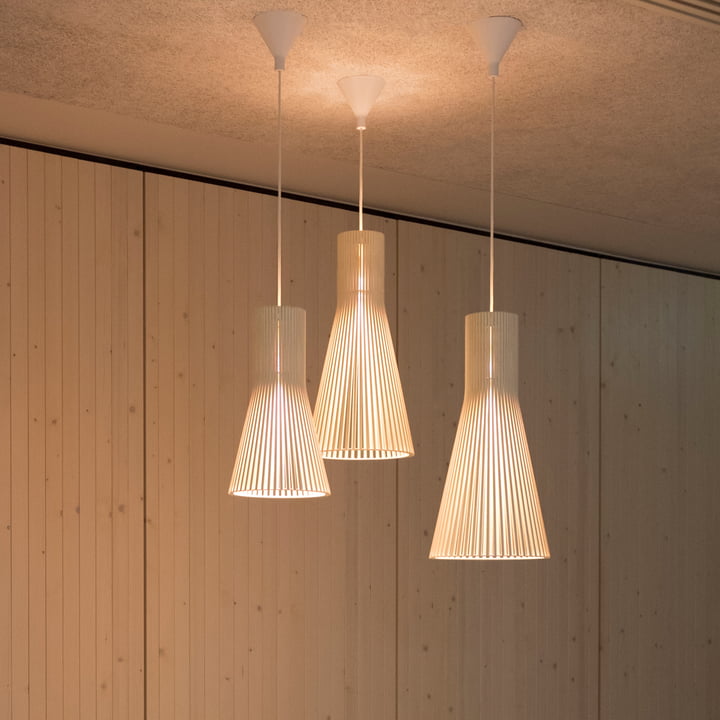 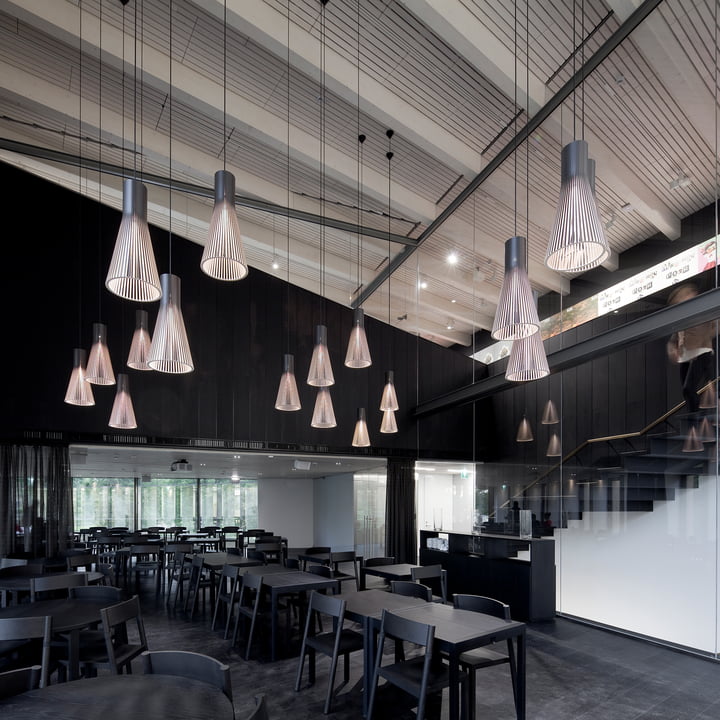 Iconic pendant luminaire made of wood

The Secto pendant luminaire from Seppo Koho for Secto was the first luminaire from the Finnish manufacturer. It convinces with its classic, almost iconic appearance and still characterises Secto's style today. When it was launched in the mid-90s, the luminaire was a real innovation. Until then there had been no lights made of wood. Seppo Koho and Tuula Jusélius were the first to add a wooden lamp to the series of Scandinavian birch furniture.

Made of moulded birch wood from Finland

The pendant luminaire is made of compression-moulded birch slats, elaborately handcrafted by experienced craftsmen in Finland. The Secto pendant luminaire is available in various sizes. Thus it is also suitable for lower rooms and looks very impressive especially in the group. The slats allow the light to shine through in a beautiful way. This creates glare-free light and a cosy atmosphere. 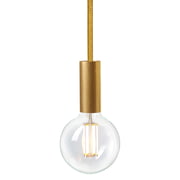 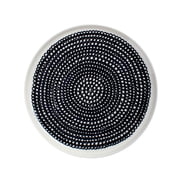 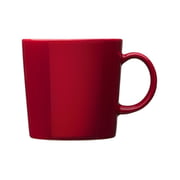