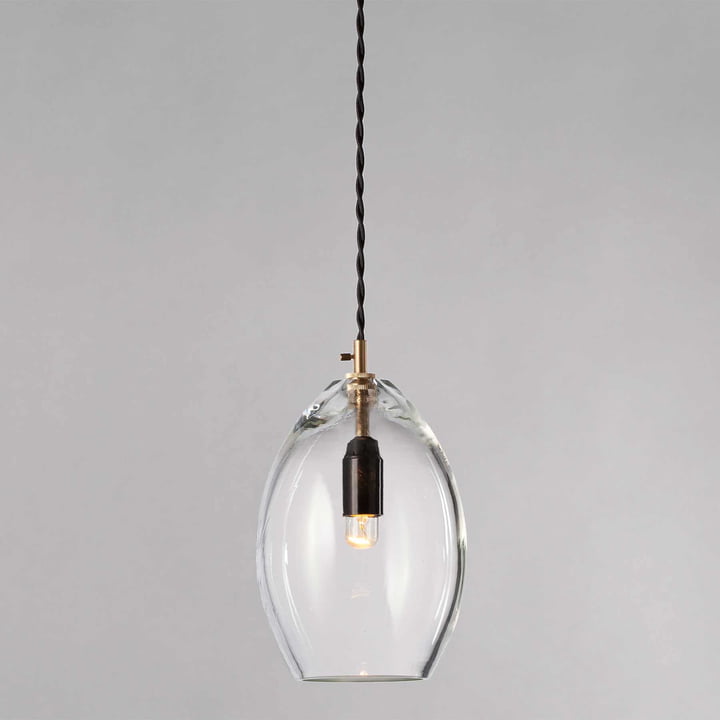 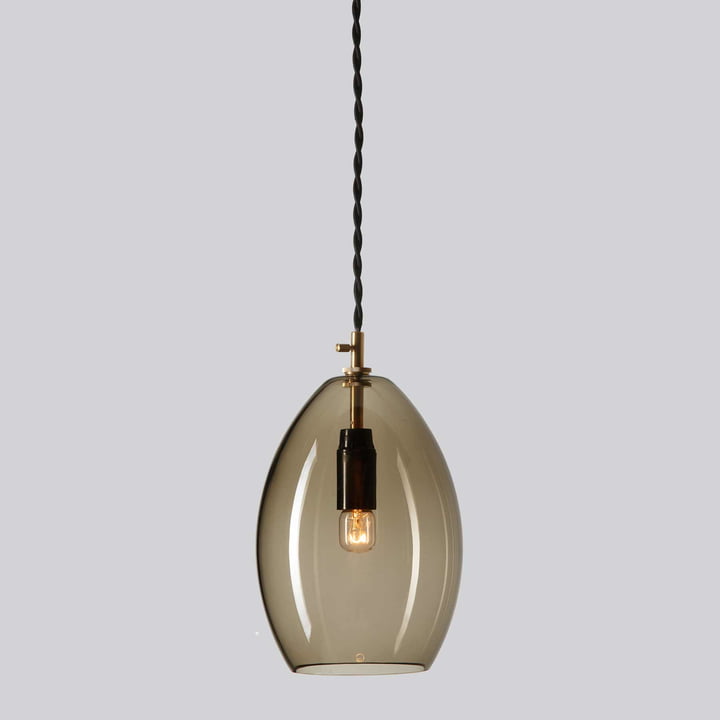 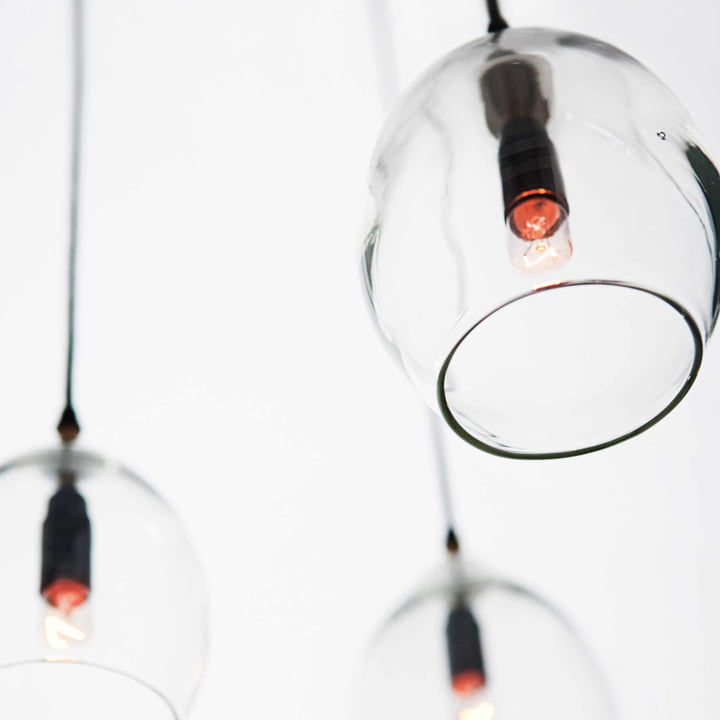 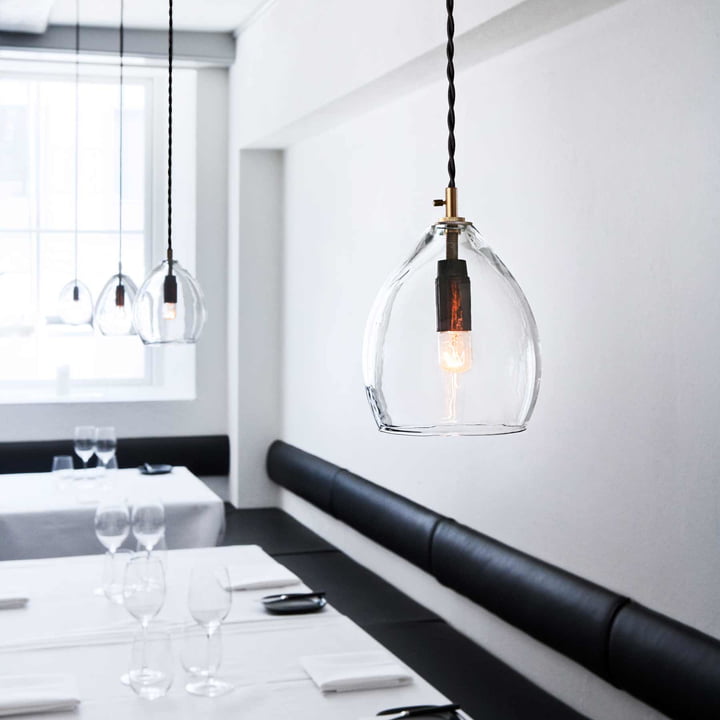 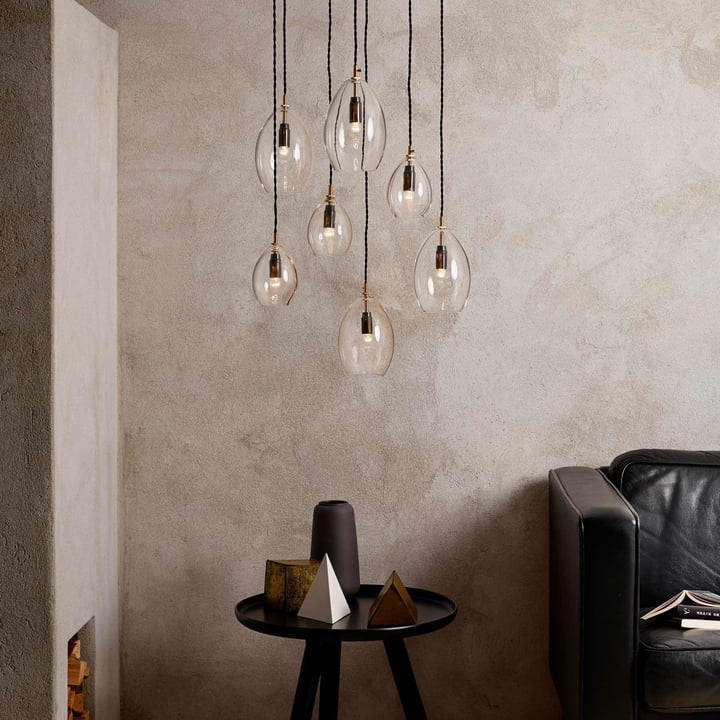 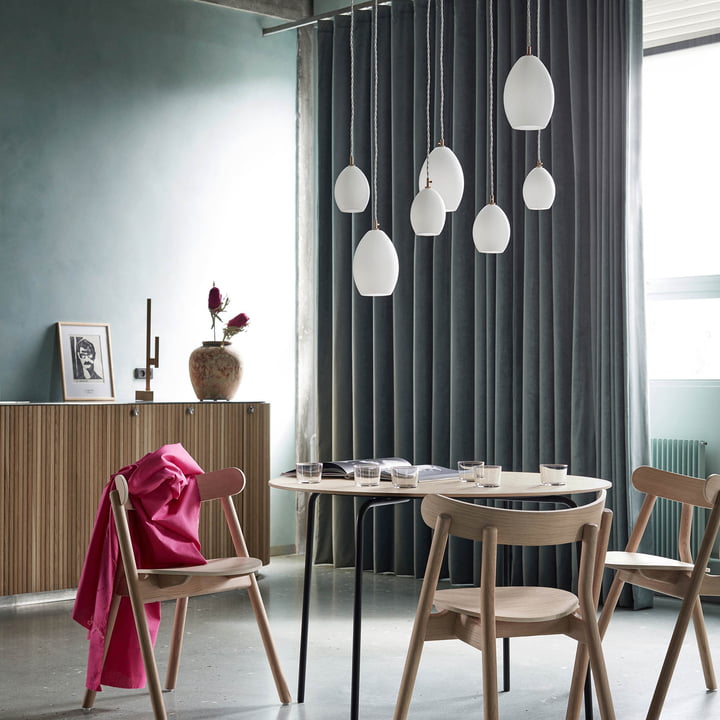 The Unika pendant luminaire was designed by the designer duo Anne Louise due de Fønss & Anders Lundqvist for Northern. They were inspired by the style of old industrial lamps. Rustic elements such as the brass end and the black cord cable were combined with a delicate, mouth-blown glass body, which gives the lamp a modern charm and effective appearance. Thanks to the glass body, the light is not only distributed downwards, but also over all sides.

Pendant luminaire for the dining area

The luminaire was originally designed for use in a Copenhagen restaurant, but the Scandinavian design by Unika is also convincing above the dining table at home and as a kitchen or living lamp.

The luminaire makes a special impression above all when it is hung as an arrangement of several. A large and a small version allow variation and ensure a harmonious ensemble. Due to the transparent glass, it is also possible to use a retro bulb, which further emphasizes the industrial design. 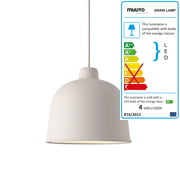