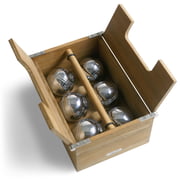 Akiko Kuwahata studied from 1995 to 1999 Interior-Design at the College of Art, Nihon University, in Japan. After her graduation she worked as a carpenter in a furniture shop in Japan from 1999 to 2006 before she began studying Furniture and Interior Architecture at the Architecture University in Aarhus in 2004.

Already in the same year Akiko Kuwahata participated at the Talent-Zone exposition on the Scandinavian Furniture Fair and began an internship at the RKDO (Raunkjær Kærgård Design Office) one year later. Among others, she designed products for Skagerak such as the Krocket- or Pentaque-game, which even wear her name, together with Thyge Raunkjær.

Akiko Kuwahata presented her integration-furniture KOKO on the Copenhagen Furniture Fair in 2007.