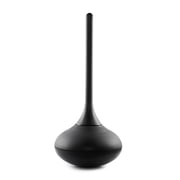 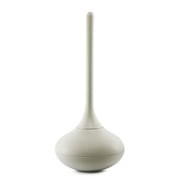 Jozeph Forakis is an American designer with Greek ancestry. He was born in New York City and received his industrial design bachelor degree at the Rhode Island School of Design and his Master at the Domus Academy in Milan.

Jozeph Forakis works are characterized by innovative usages of materials and techniques. Forakis is the son of two professional artists. This explains his cultural roots in his designs: he gained early experiences as a stage and light designer in New York.

In the year 1993 Jozeph Forakis founded his own office in Milan. From here on he soon worked as a designer for furniture, accessories and electric appliances for manufacturers like Foscarini, Magis, Philips, Swatch and Swarowsky.

From 1993-1997 Forakis furthermore worked with the Domus Academy Research Center in Milan being occupied with the research on the design and development area. From 1999 to 2002 Forakis then was European Design director for Motorola. That is where he was responsible for the development of a new design speaking and developed strategies, products and concepts.

The designs from Jozeph Forakis have received numerous awards and are placed in the collections of the most important design museums all over the world as well as in a multitude of design books. In the year 2003 the Italian Design Association (ADI) dedicated an own exposition to Forakis.