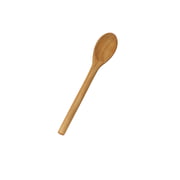 Kuno Prey was born in San Candido, Dolomites (Italy) in the year 1958. After he finished his arts and design studies he began to cooperate with the industry. Through his innate curiosity he deepened himself in the research of materials and the newest technology.

From there he developed a working method that characterizes all his products that he created as an independent product-designer and technique advisor for numerous companies. The products that he shaped were honoured with many awards, and made him famous on an international level.

In the year 1994 Kuno Prey postponed his office to Weimar, where he was called from the Bauhaus-University Weimar for a professorship for product design in the newly-founded faculty of design being and active part of the construction and the growth of the faculty from the beginning.

In the year 2002 Kuno Prey came back to his hometown South Tyrol. That is where he adopts the task of founding a faculty of design and arts at the still young free University Bolzano.