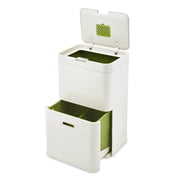 Since 1997 PearsonLloyd has been one of the most successful in the UK. It was founded by Luke Pearson and Tom Lloyd, who met while studying at the Royal College of Art in London. Since then the duo has not only been successful in furniture design but also in public projects. For example, PearsonLloyd works as an office healthcare provider, designs concepts for airlines or plans for urban information and control systems.

The designers always aim to efficiently harmonise ergonomics and aesthetics, while at the same time meeting the needs of the user. The two do not speak of their own special manuscript. They often see themselves as servants of the brand by immersing themselves in the world of the customers and developing concepts that are suitable for them. Sometimes the result is calm and discreet, while other times it is humorous.

In 2012 the designer team PearsonLloyd was named one of the top 50 "Shaping the Future" designers by Fast-Co Magazine New York.