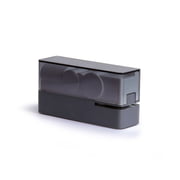 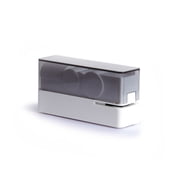 Philip Wong is part of the design team of the French manufacturer Lexon since 2012. After Philip Wong designed the successful Zen-series, he continued setting milestones with further products of his young design career, such as the Flow Radio in 2013.

The transparent plastic radio in the minimal design was honoured with the Red Dot Award in 2013 and it is considered the potential following model of the Tykho Radio by Marc Berthier, which is a design classic already.