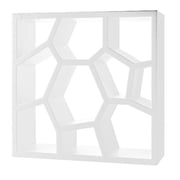 Sean Yoo grew up in Los Angeles and received a degree in Industrial Design at the Art Center College of Design in Pasadena, California. Prior to that he also graduated in Urban Plannnig and worked as city planner.

He won numerous awards for his designs including First Place in the Concorso Young & Design 2002 at the Salone Internazionale del Mobile in Milan and his works have been featured in many major design publications including the International Design Yearbook 2003 & 2004.