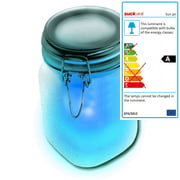 Donald Tobias Wong was born in Canada in 1974. The designer whose creations often crossed art's borders passed by already in 2010. Wong was strongly inspired by artistic movements such as the Dadaism and the Fluxus. The revolutionary approaches of those artistic inclinations are mirrored in "Tobi" Wong's designs: The creative idea counts, and not to copy and refine traditional ideas.

After studying at the University of Toronto, Tobias Wong moved to New York in 1997, where he continued his studies at the Cooper Union School. He graduated in 2000 in arts and architecture. Wong met his partner in life Timothy Dubitsky in 2004, he would accompany him until his death.

Tobias Wong committed suicide with only 35 years the 30th of Mai 2010. The New York Times researched the real cause of his death, and a long-time parasomnia (nightmares, sleepwalking, talking in his sleep, etc.) of Wong turned out. His partner testified that Wong hanged himself while sleepwalking.

Tobias Wong's creations remain in our memory as artistic objects that also question critically: consuming, forms and functions or even life.