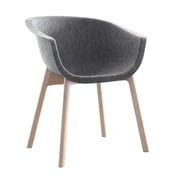 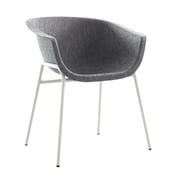 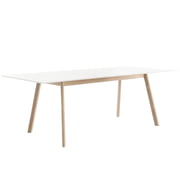 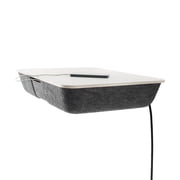 Werner Asslinger was born in 1964 in Nördlingen. From 1987 he studied Design at the University of Arts in Berlin. He left University in 1993 as industrial designer.

During his studies Asslinger worked together with different namely designers, amongst them Jasper Morrison, Michele de Lucchi and Ron Arad.

Shortly after his studies in 1993, Werner Asslinger founded the "Studio Asslinger" in Berlin. Beside his work as leader of his own design studio, Asslinger was teacher for Design at the Hdk Berlin in 1995. In 1997 followed a professorship at the Lahti Design Institute in Finland. Since 1998 he is furthermore professor for product and interior design at the University for Design Karlsruhe.

One of Asslinger's chairs was introduced in the assortment of the Museum of Modern Art in New York as the first German seating furniture since 30 years in 1998. His Gel Chairs, with which Asslinger integrated bicycle material into the furniture world, count to the revolutionaries of material usage.

In 2003 Asslinger presented the Loft Cube. This is a futuristic living-cube of about 36m².

Asslinger's interest is focused on new materials and technologies. His philosophy is that innovations can be created with every change and overworking of both.

Asslinger's designs are in the New Collection, Munich, in the Vitra Design Museum, in the Museum of Modern Art in New York and in the Metropolitan Museum in New York among others.

Asslinger has been honored with the Design Plus Award, the Bundespreis Produktdesign, the Red Dtot Award, the Compasso d'Oro as well as with the Blueprint 100% Design Award and named "Designer of the year 2014" by the A&W magazine among others.