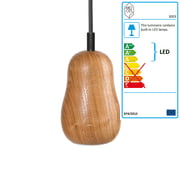 Yury Ustsinau is an artist, designer and illustrator, living in Frankfurt am Main. Product design isn't his main working field, but it is a welcomed variety.

Utsinau was born in the white Russian Wizebsk in 1979, the hometown of the world famous Marc Chagall. Here he studied product design. But that didn't change that Ustsinau initially worked as independent illustrator. Product design is rather a variety of the skills of the Frankfurt artist, whose work has been presented in numerous exhibitions already.

Yury Ustsinau started his career with traditional illustrations, but the artist soon knew that he would create his own world. Special light effects were developed by Ustsinau for his own style, which was embossed by surreal elements, black-white contrasts and high gloss impressions.