Droog Design is a project and apublishing industry, which discovers and advocades talents. Droog Design had a big effect on the growing Dutch designer generation and created besides that trend-setting designs. 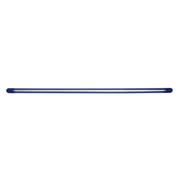 Droog Design was founded at the beginning of the 90es by the designer Gijs Bakker and the historical designer Renny Ramakers.

Droog (english: dry) stands for a special and experimental idea: Droog Design is a project, a design agency and shop, where young talents are developed and advanced. With this idea Droog Design had a large affection to the growing design generation and brought besides this important design objects of the 90ies back.

The both founders want to unfold and enlargen the mechanism of the design indstry with Droog Design. They want to advance talents and to modernise the producing terms and conditions of the design and to defy with that about the designer-producer-relationship.

The result of the experiment was successful and at their first presentation at the Milan furniture exhibition in 1993 showed Droog Design 14 Objects, from some of them became the most valuable designs of the century.

The idea behind Droog Design got big recognition, since it didn't only leave the structures and designs of the 80s behind, it also encouraged creativity and reflected the own working conditions.

Since the mid 90ies are the objects by Droog Design available in shops.