Last week in Milan was the 55th Salone del Mobile: the most important trade show in the interior design industry. Manufacturers, designers and brands presented their new pieces not only on the show grounds themselves but also in various pop-up shops and showrooms in the city as part of the Fuorisalone Design Week.

Fuorisalone also allowed Vitra to present its design innovations in a specially chosen location. In the former offices of the designer and architect Antonio Citterio, Casa Vitra presented an impressive insight into their colour and material archives, which have been developed over the last ten years with designer Hella Jongerius.

The project was brought to life for the Milanese Design Week by Dutch designer Müller van Tol. The interactive exhibition of the Colour Machine allowed visitors to experience the colour and material world up-close. Fabrics and seat shells from Eames Plastic Chairs as well as the under frames of the Prouvé table were hanging from the ceiling or collected on rotating wheels, so that the viewer was led through Vitra's multifaceted world of colour with an impressive show of seemingly infinite combinations. 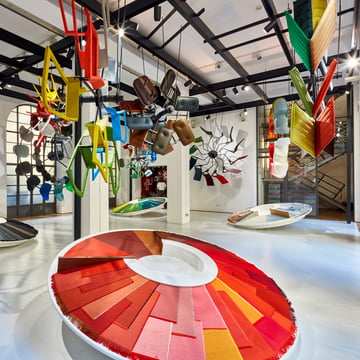 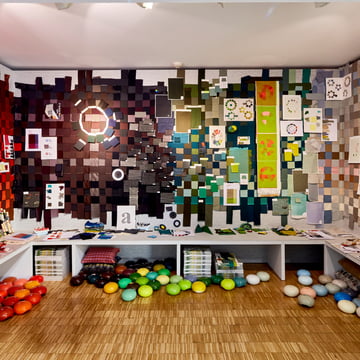 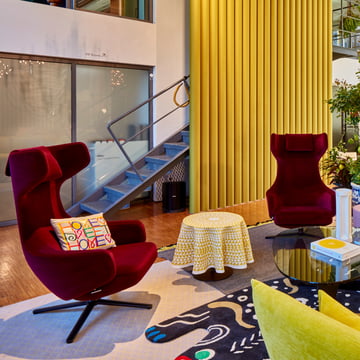 Designer Hella Jongerius has been the Art Director at Vitra since 2008, having already gathered plenty of experience in the worlds of textile and colour.

The pieces that were created as a result of the work on the colour and material archive were shown in a separate room of the Vitra Colour & Material Library. In the heart of the library was a presentation of the large collection of different textile lines specially developed by Vitra. The textiles unite the symbiotic interplay between technological progress and high aesthetic standards.

Anyone who didn't make it to the Casa Vitra can follow Jongerius' work on the Vitra Colour Library in the publication I Don't have a Favourite Colour, featuring detailed descriptions and powerful illustrations.

In addition to the colour worlds and their associated pop-up shops - selling accessories, home textiles and images from the Home Complements Collection and others - Vitra presented some exclusive new products in the Salone Grande. In a welcoming lounge atmosphere, guests were presented with prototypes of the classic Charles & Ray Eames lounge chair featuring a new fabric cover. If and when these new products will actually be available, however, is still to be confirmed.

Beside the upholstered Lounge Chair there was also the Grand Repos Armchair to marvel at. Fitting to the colour and material archive, the chair featured a noble and rich velvet cover, designed by former landlord Antonio Citterio to bring cosy retro charm into the home. It hasn't yet been confirmed when this new product will be available, but we can already imagine the velvety armchair being a special highlight at Christmas time!

Apart from the Casa Vitra, the Salone del Mobile featured (among other things) various designs from British designer and A&W's Designer of the Year, Jasper Morrison. At the award ceremony at the IMM Cologne earlier this year Vitra had announced some exciting innovations, and they were presented to the public for the first time at the Milan show.

Among the new products being presented was the Soft Modular Sofa. The design - a follow-on from the Place Sofa - has a soft silhouette and, as the name suggests, a softer cushioning for exceptional comfort. Unlike the Place Sofa, which is primarily used in the commercial sector, the new upholstered furniture is especially suited to the private sector. Various materials, which were again exhibited in the Colour Library at Casa Vitra, give the buyer the opportunity to have their sofa upholstered to their specifications. 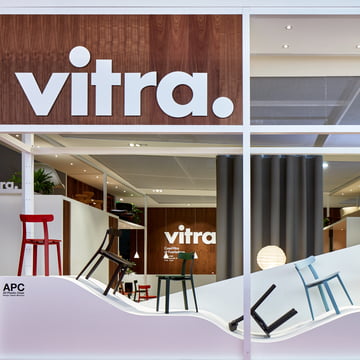 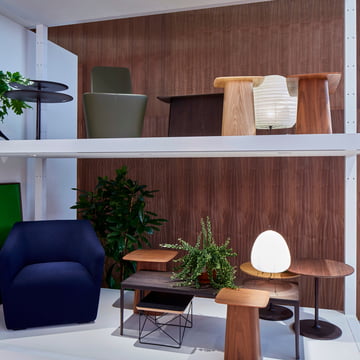 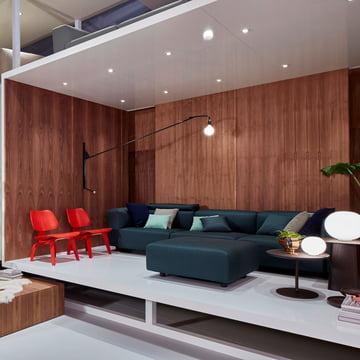 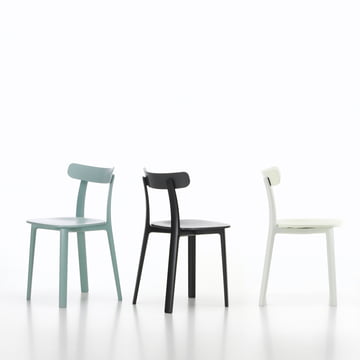 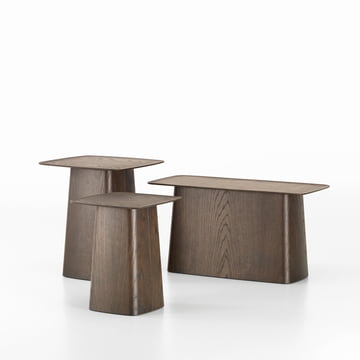 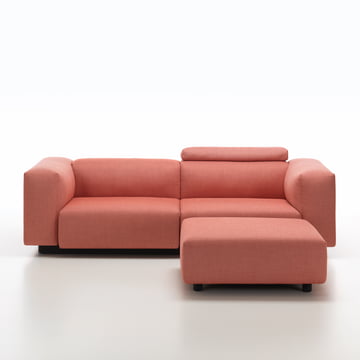 The APC - All Plastic Chair, which was introduced for the first time at the Salone del Mobile, was also designed by Jasper Morrison. The chair, made completely of plastic, will be available in the autumn. The special feature of the design is its flexible backrest, which provides exceptional seating comfort. The next few weeks of production planning will see whether or not the chair is suitable for outdoor use. In any case, with a planned retail price of approximately €200, the chair is a new design piece that is definitely worth waiting for.

Another new piece from Vitra was the Wooden Side Table by design brothers Ronan and Erwan Bouroullec. The tables, which have until now been made exclusively of metal, now exude an even cosier feeling for the home, and were presented alongside a matching new Occasional Armchair. Also new: the Occasional Tables in three heights and the Eames coffee table available in marble, solid wood and veneer, making an ideal match with the Eames Plastic Chairs DSW and DAW.

Vitra at the Milan Furniture Fair

Impressive, interactive, colourful and imposing - this is how the Swiss furniture manufacturer presented their design innovations not only at the Salone del Mobile fair, but also in the Casa Vitra. Reinventions of classics and innovative new pieces from big names showed design at the cutting edge with potential classics.