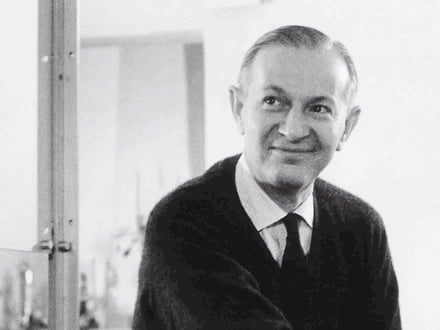 Modern patterns, joyful colours, striking shapes – Alexander Girard (1907 – 1993) represents all of this and more. The name is synonymous with textile design of the past and present, for American post-war design, for world-renowned interiors. Alexander Girard was one of the most meaningful textile designers and interior architects of the 20th Century. His gift? An eye for the extraordinary and the little details of the world.

Together with George Nelson and Charles Eames, Girard built a design team that would be remembered by the world for generations. Working closely together, the three designers significantly influenced the basic principles of design in the 1950s and 60s – initially in the USA, and from there the whole world.

The focus of Alexander Girard's varied works was textile design. As the manager of the Material and Textile Department at Herman Miller, the American-Italian designer created more than 300 different graphic designs in 20 years. Every one of his designs expresses Girard's affection for strong colours and abstract forms. They range from brightly coloured, floral elements to monochromatic patterns - always including a playful element. Girard understood how to skilfully combine influences from Pop Art and Folk Art to create an individual mixture of styles. Simple stripes, circles and triangles became patterns, and their influence is still felt today.

Many beloved and classic designs that were originally designed by Girard as covers or curtains still give a unique character to a variety of home accessories, small furniture and textiles today - just as 50 years ago - timeless. Alongside companies like Maximo and Herman Miller, these products have above all been produced and distributed by Vitra. Together with Girard's family, the long-established manufacturer selected some of the most popular designs and reprinted them in the Vitra Home Complements Collection. It's difficult to imagine the Connox Interior Design Shop without the Love Cushion, the Wooden Dolls, the Greeting Cards and many other graphic design products. 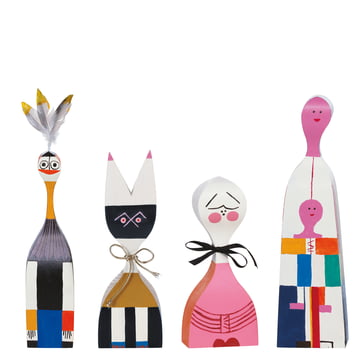 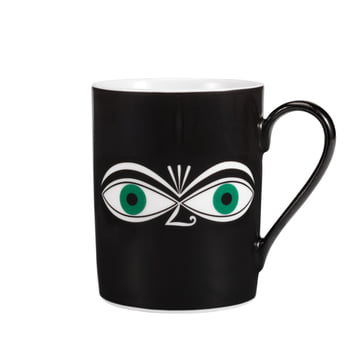 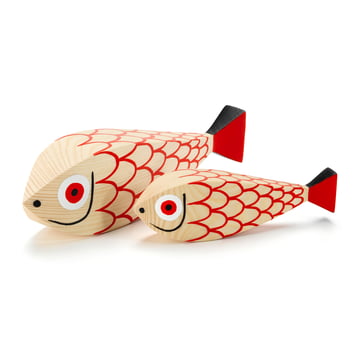 Inspiration from all over the World

Girard's numerous patterns reflect the designer's interests in travelling, nature, urban life and folk art. His sources of inspiration? Colours and shapes from all over the world. Along his countless trips, Alexander Girard passionately collected textiles and folk art items from many diverse cultures. By the end of his life, his collection spanned more than 100,000 objects from around the globe. In 1993 - his final year - he bequeathed his collection along with his studio to the Vitra Design Museum. Thousands of sketches, prototypes and models - a dream for design fans and art connoisseurs.

In addition to textile design, Alexander Girard made a name for himself as an interior designer. He designed a number of world-renowned interiors, the most famous of which include the Irwin Miller House in Columbus, Indiana, for which Eero Saarinen was the architect (1953), his own house in Santa Fe (from 1953) as well as the restaurants La Fonda Del Sol (1960) and L'Etoile ( 1966) in New York.

The restaurant La Fonda del Sol brought Girard worldwide recognition and reputation as an interior designer. He designed every last detail - the interior decoration, table settings, staff uniforms and everything necessary for a first class restaurant. A similar large-scale project, in which Girard worked not only as an interior designer but also as a graphic designer, was for the Braniff International airline. He created the complete corporate design for the company in 1965, from the flight tickets, through to the lounges and even the aeroplanes - 17,543 items!

The trained architect earned numerous awards throughout his life for his work. 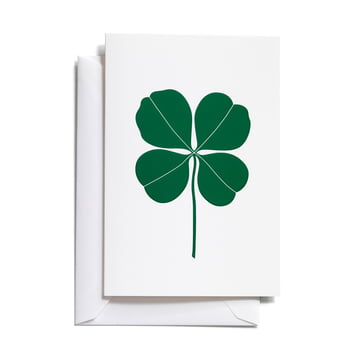 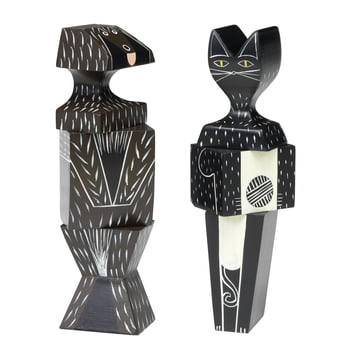 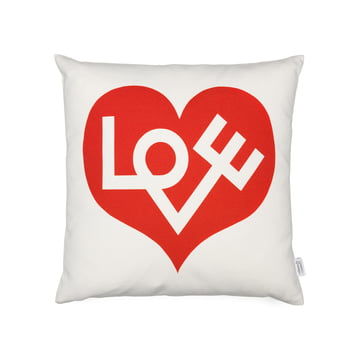 Exhibition: The Life of Girard in the Vitra Design Museum

The Vitra Design Museum first renovated the design icon's legacy academically, and from this created the first comprehensive retrospective on the complete works of Girard in Europe. The life and work of the artist presented by Vitra is open to those interested from 12th March 2016 to 29th January 2017 in the Vitra Design Museum in Weil am Rhein - in the "Alexander Girard" exhibition.