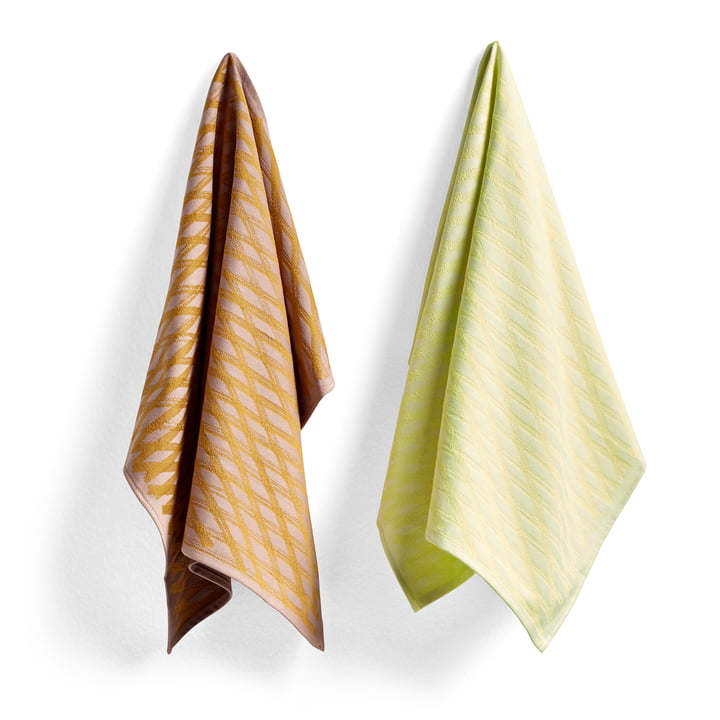 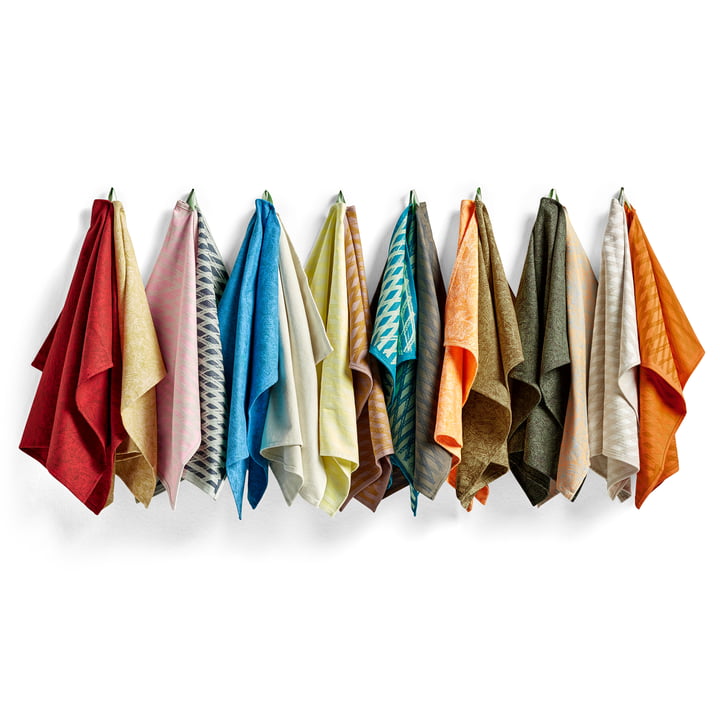 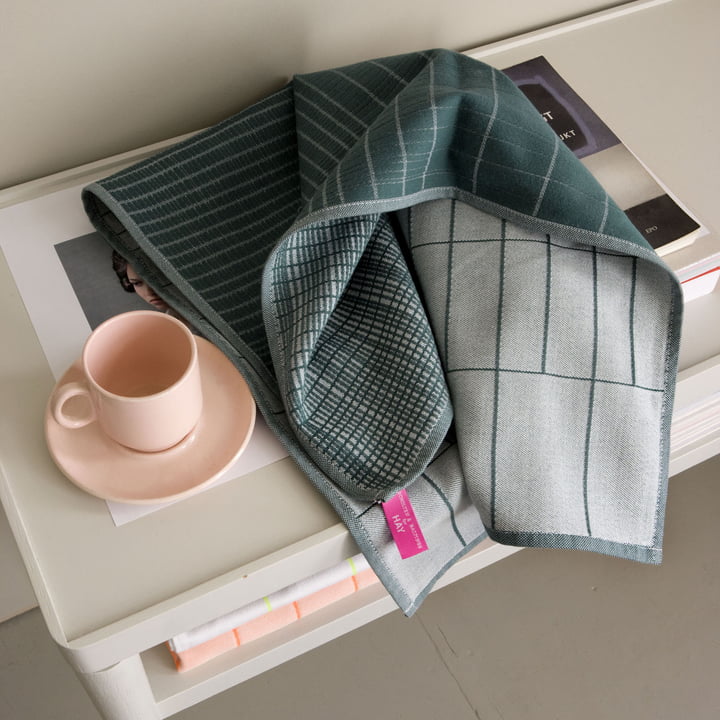 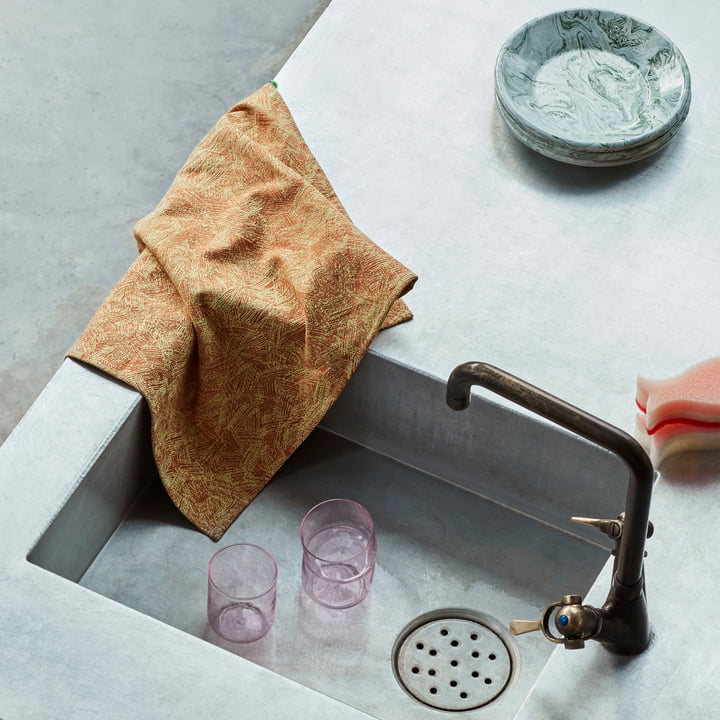 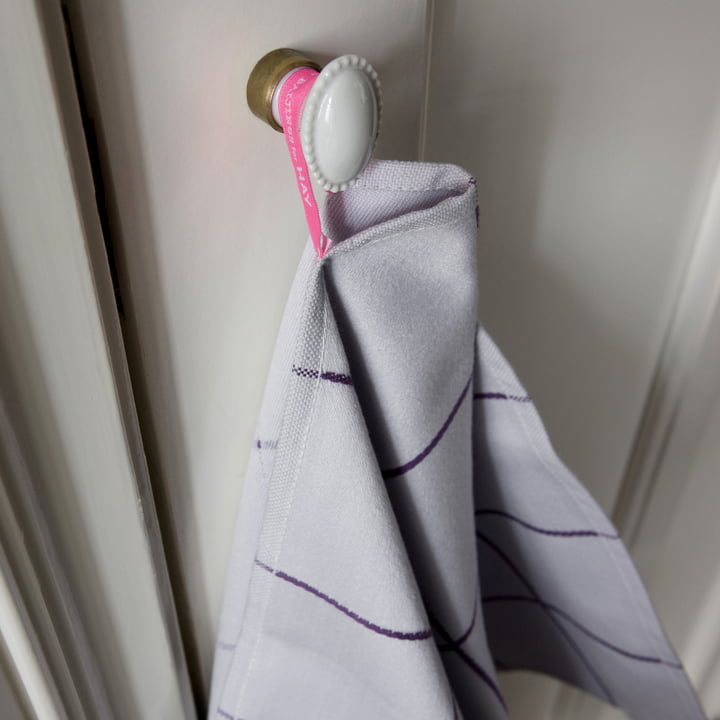 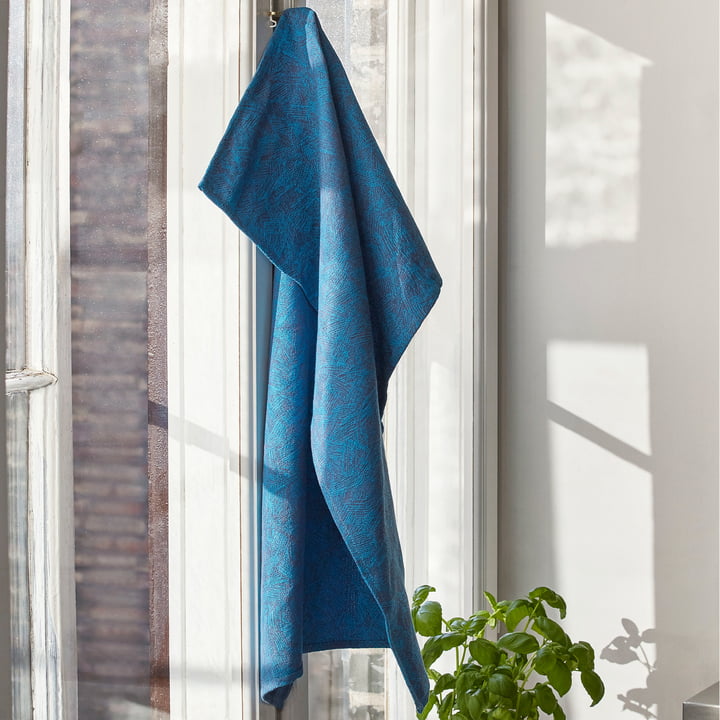 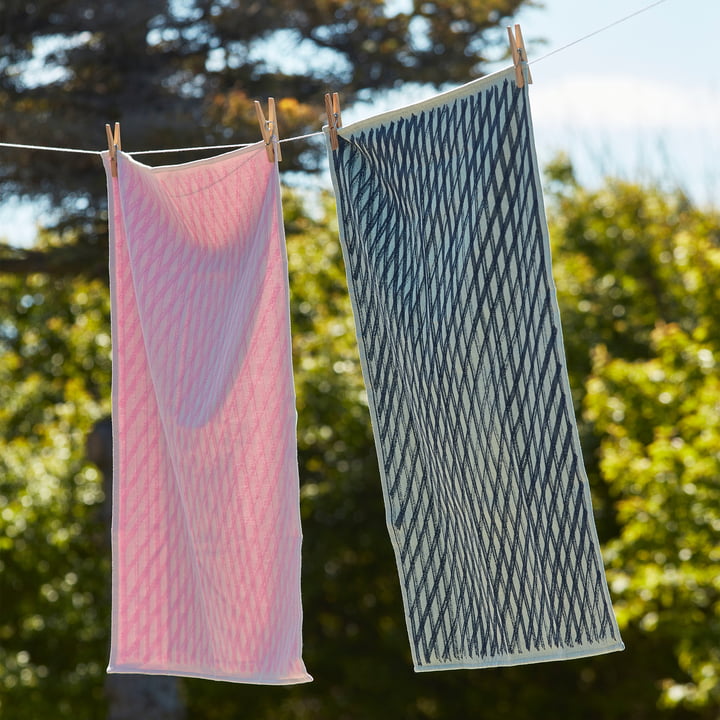 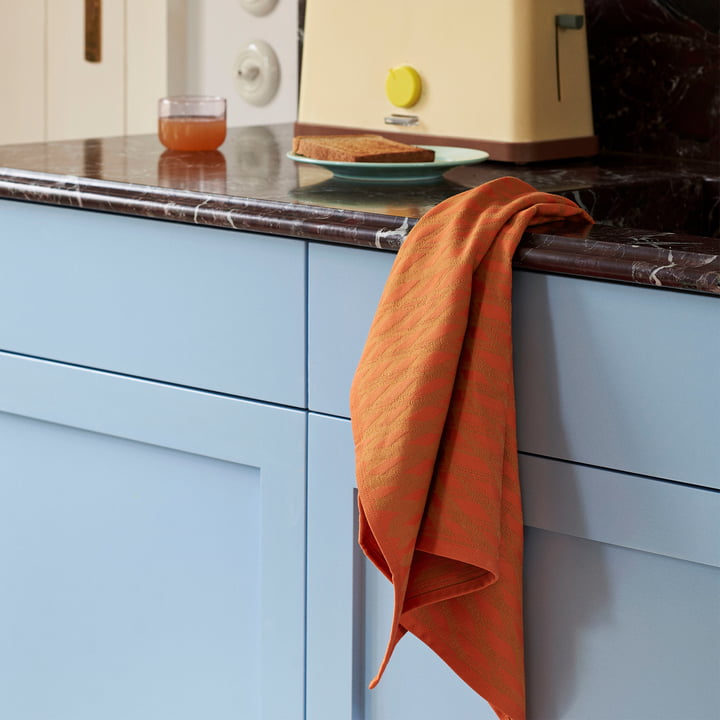 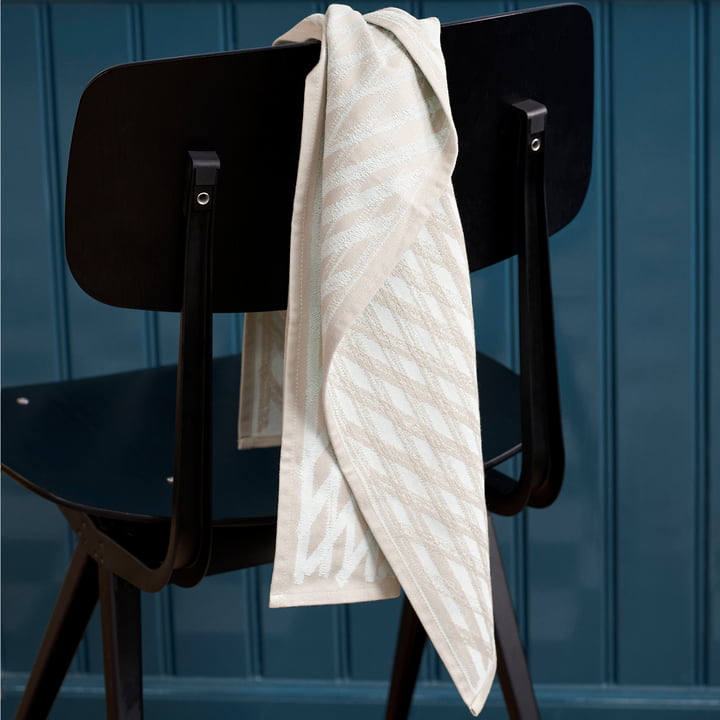 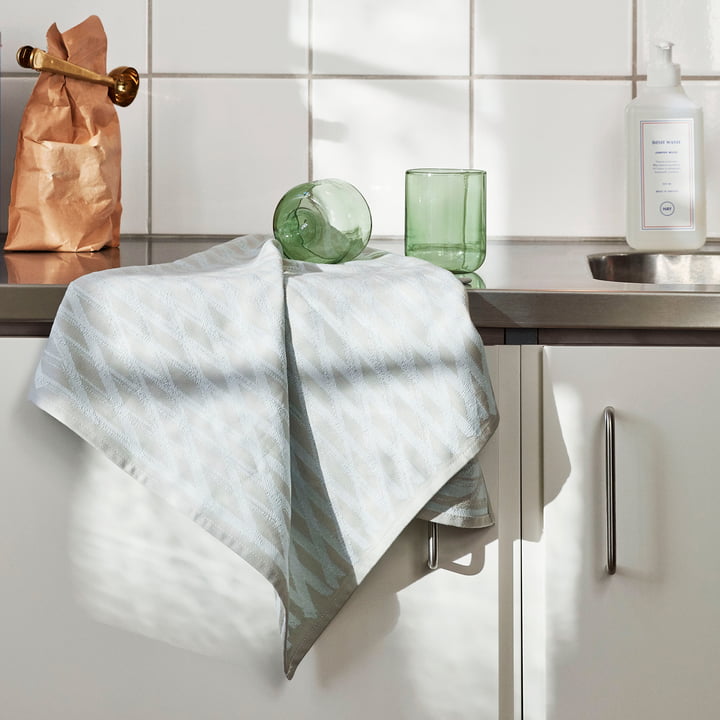 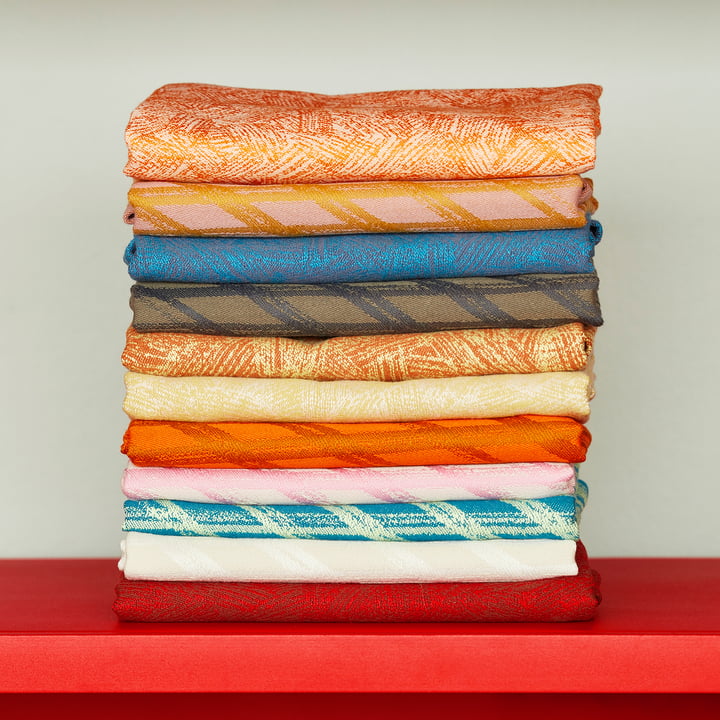 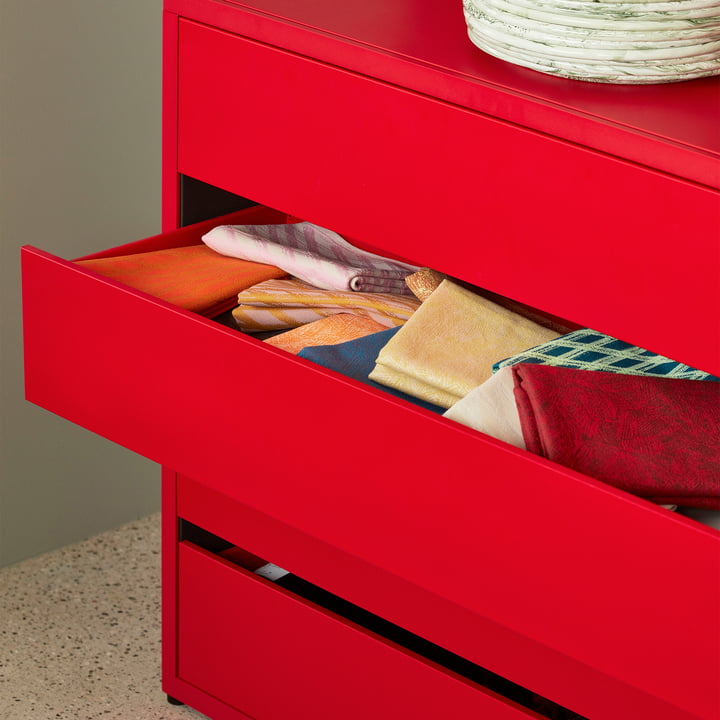 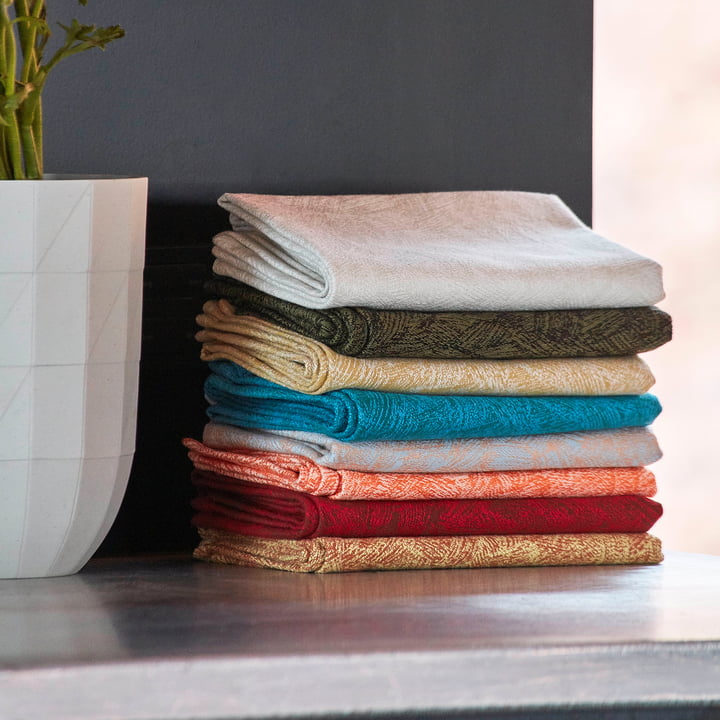 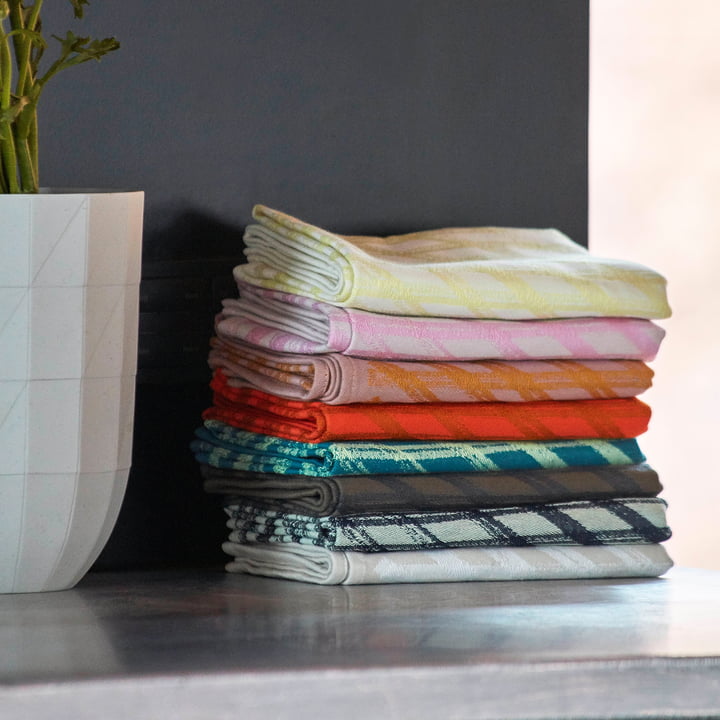 More items and all varieties can be found on the pages Hay - Kitchen Collection, Scholten & Baijings for Hay

Hay offers the kitchen towels as a set of 2 in different versions. The two towels in a set each appear with the same pattern, but with different colors. One of the towels is simpler, while the second appears with bright neon colors.

The tea towels are made of cotton by Hay .