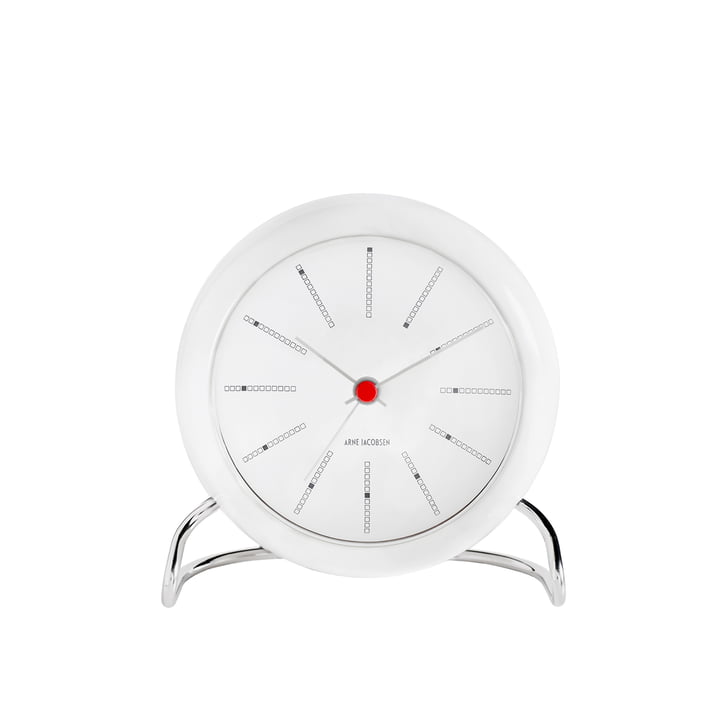 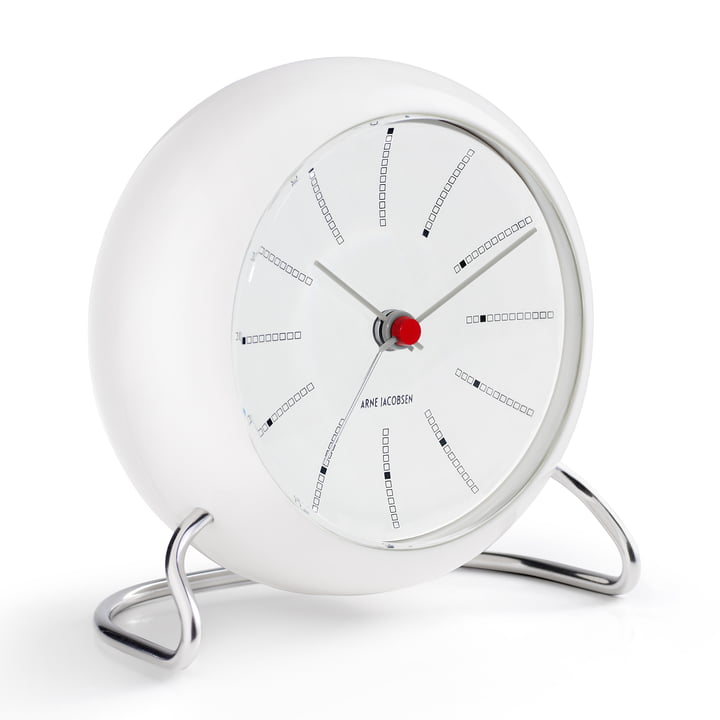 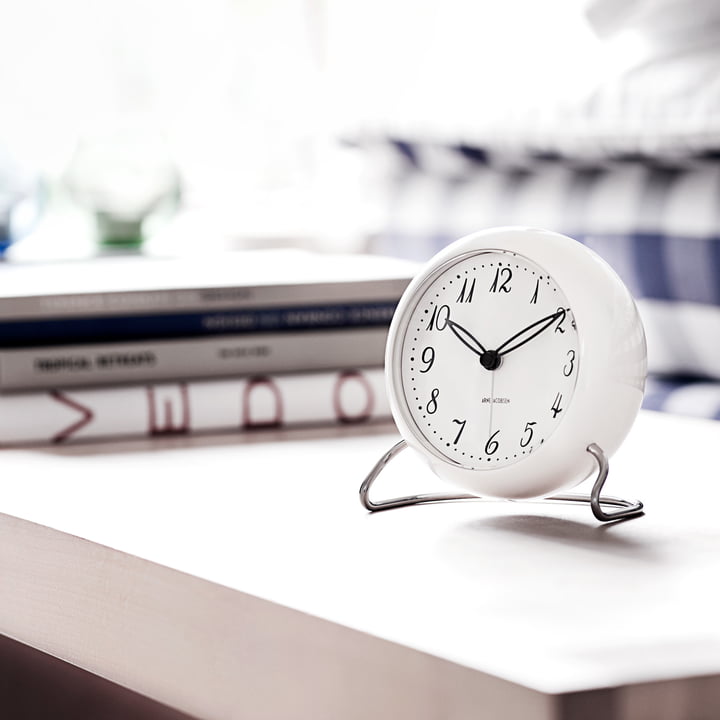 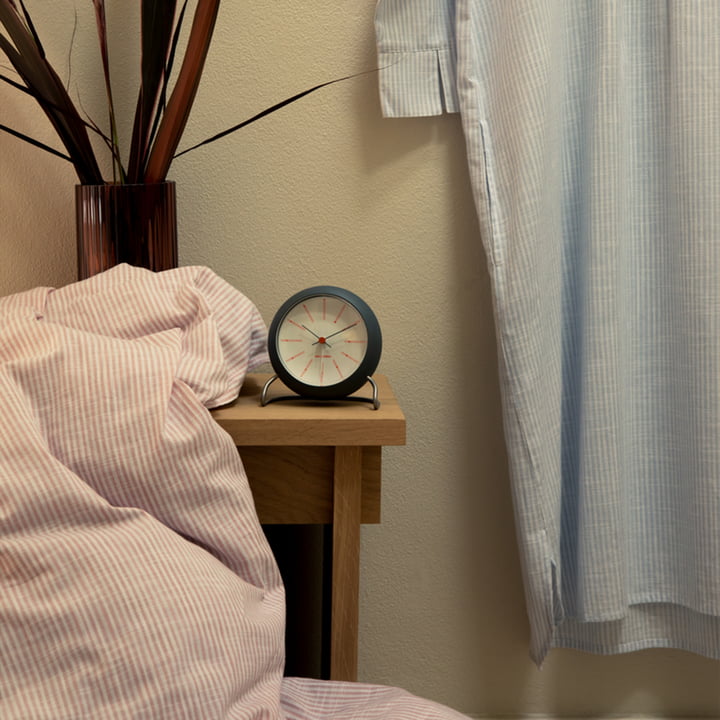 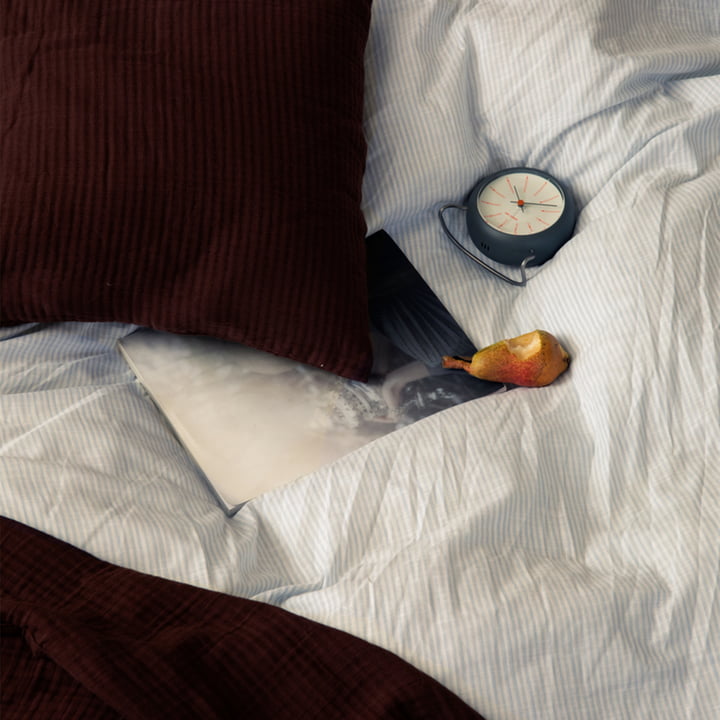 Classics by Arne Jacobsen as a table clock

The Arne Jacobsen wall clock classics are back - and now also as a table clock! Arne Jacobsen is probably the most famous Danish architect and designer. Legendary interior designs made Jacobsen famous far beyond the borders of Denmark.

The company Rosendahl has acquired the rights for the re-production of Arne Jacobsen's most famous wall clocks and has now reissued them in 100% accordance with the original designs and in meticulous collaboration with Teit Weylandt. Teit Weylandt worked for a long time in the product development of Arne Jacobsen's design studio and paid attention to every detail in the re-production of the clocks: "No stone was left unturned: the hands, the case, the shape of the lens - we went through everything..."

The result is three legendary classic watches that originally adorned buildings in Denmark. However, the re-production on the part of Rosendahl was not limited to the three wall clocks - in parallel, the respective motifs were also launched as table clocks with an alarm function.

AJ Bankers Wall clock
The Bankers Clock by Arne Jacobsen was originally designed for the building of the Danish National Bank in 1971. The most recent of the three designs shows an abstract clock face, where instead of numbers - a bar divided into twelve sectors - indicates the number of hours, in which the dot is shifted by one sector per hour. Altogether, the clock face thus shows a spiral-shaped structure from one to twelve o'clock.

The housing of the Bankers table clock by Arne Jacobsen consists of ABS plastic and shatterproof glass. The base is made of metal. The alarm clock is also equipped with LED lighting and a snooze function.

Other variants of the alarm clock (with different dial motifs) are available.