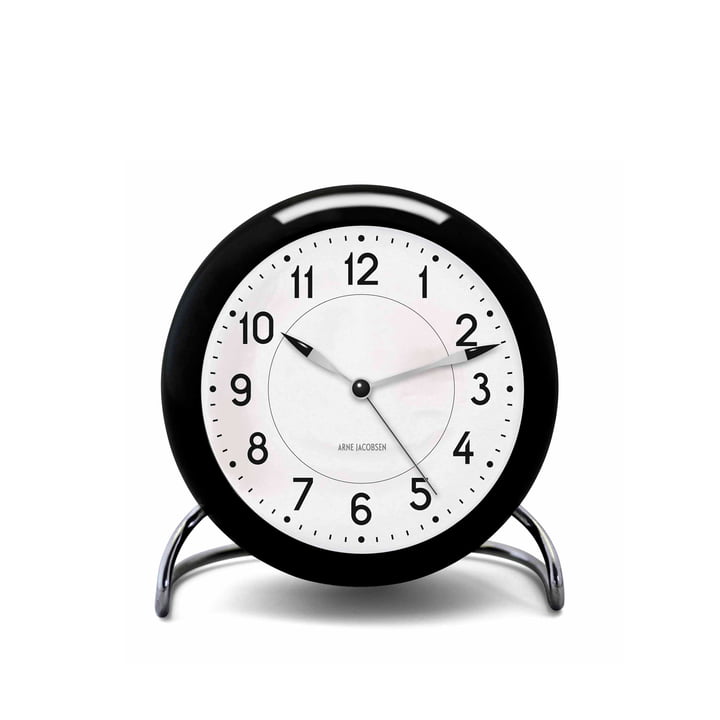 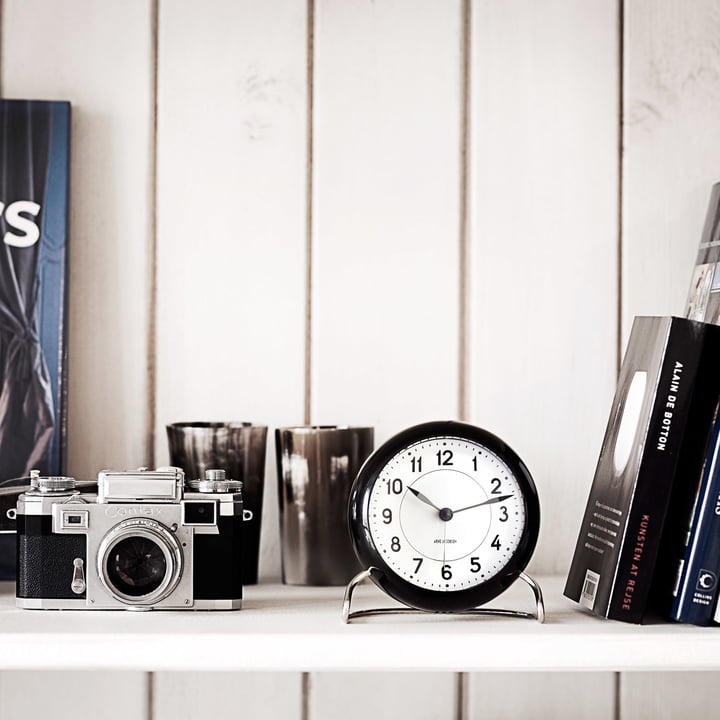 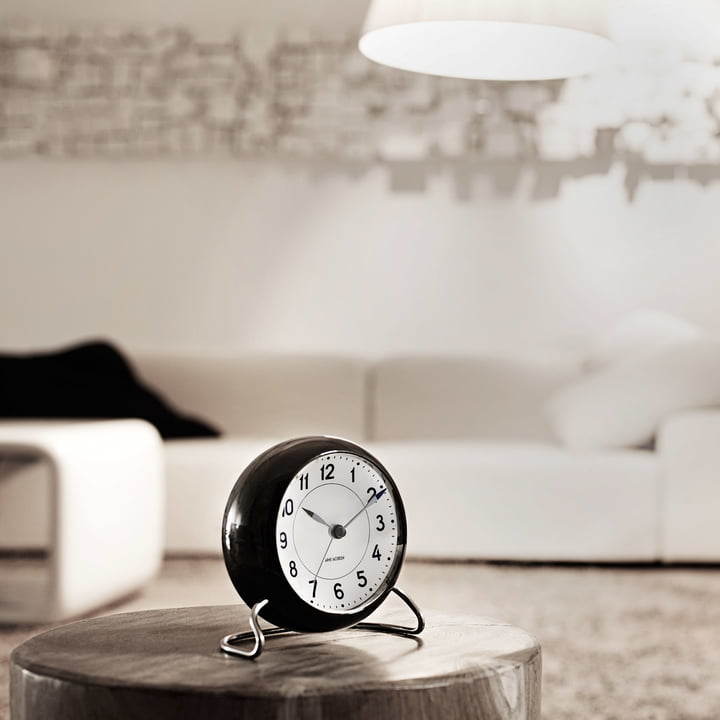 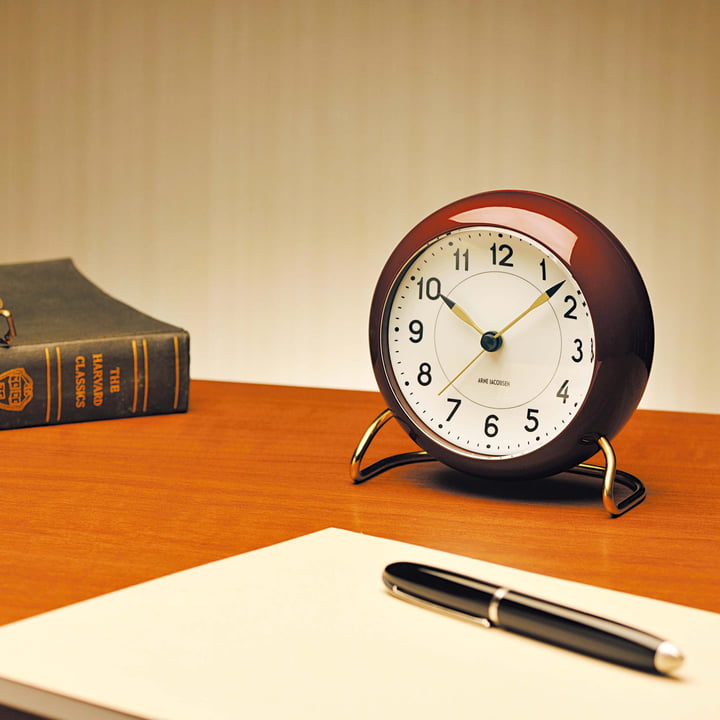 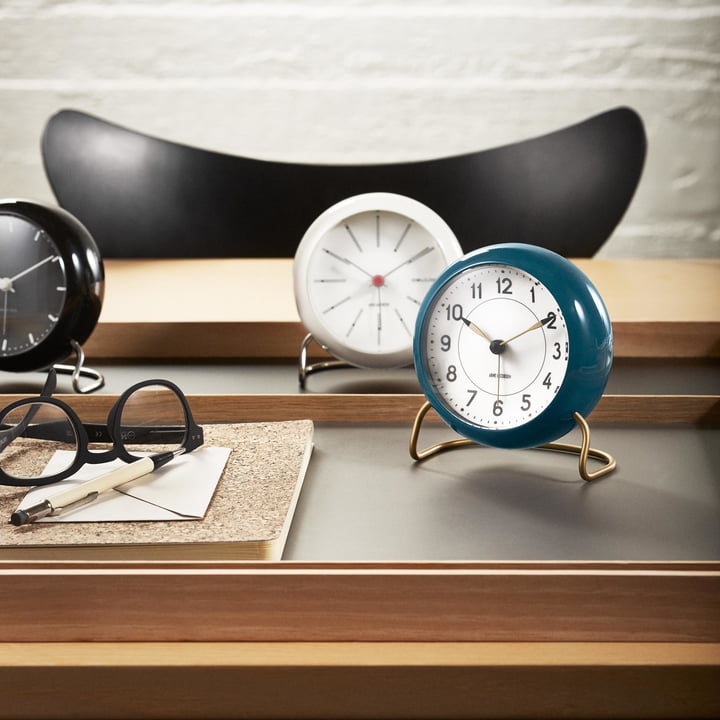 The AJ Station Alarm Clock by the Danish manufacturer Rosendahl is a alarm clock rich in tradition which was designed back in the mid1930s by Arne Jacobsen. The elegant and sweeping curves of the alarm clock, which is also well suited to be used as a table clock, don't only make it an attractive design object for friends of aesthetic enjoyment but also the favourite alarm clock of tradition-conscious people.

Arne Jacobsen designed a Villa for H. J. Hansen, the director of Lauritz Knudsen in the mid1930s. Hansen recognized the potential of the young architect and asked him if he was interested in designing a clock. The result were "electric table clocks with and without alarm function", which were presented at the spring fair Charlottenborg 1939 for the first time.

Initially the dial "Roman" graced the front of the 1939 table clock. This dial with roman numerals was also used by Arne Jacobsen for the town hall clock in Aarhus among others later on. A revised edition of the table clock with Arabic numerals and new hands was offered in 1941, called "Station".

The housing of the table clock Station by Arne Jacobsen consists of ABS synthetics and shock-resistant glass. The base is made of metal. The alarm clock is moreover equipped with LED illumination and a Snooze function.