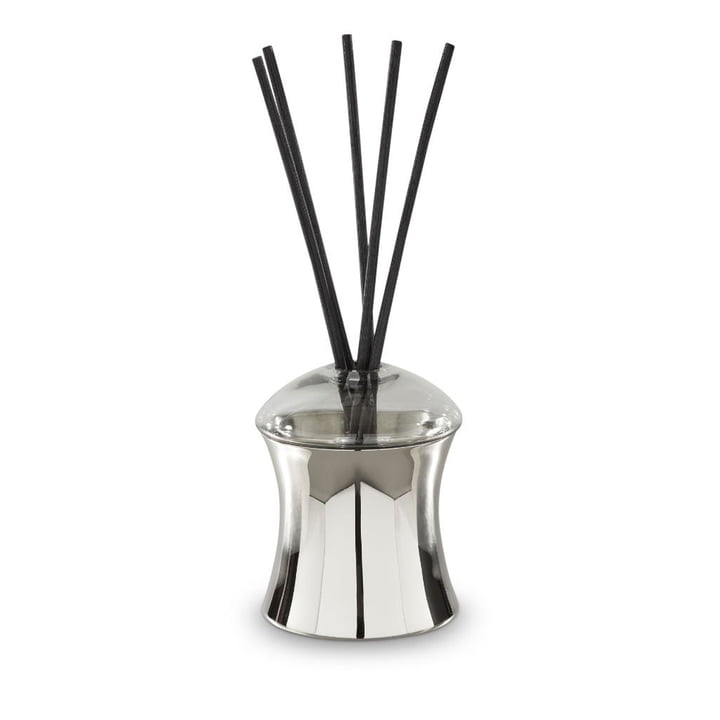 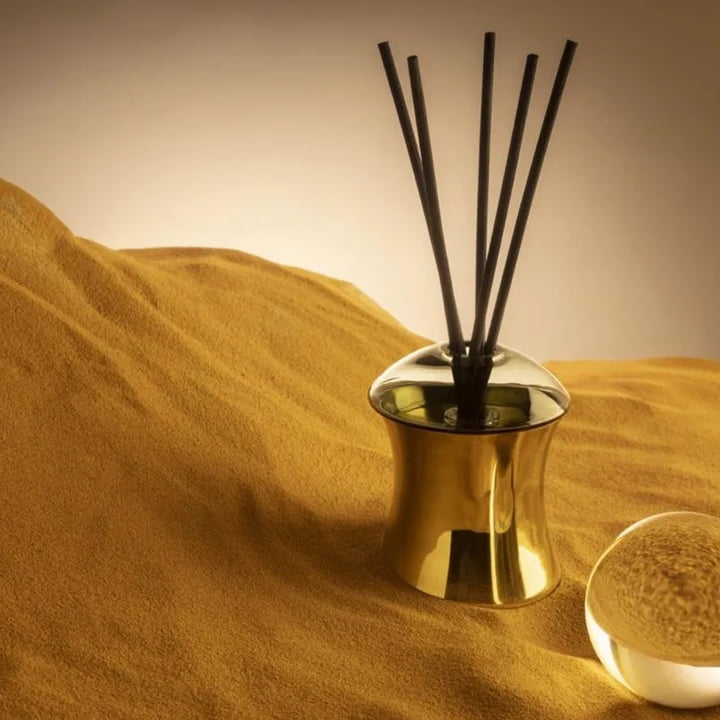 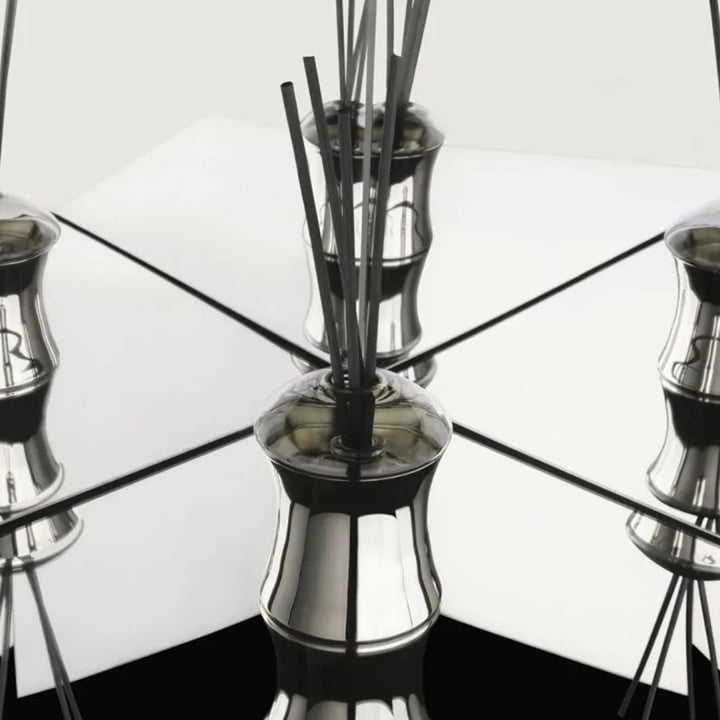 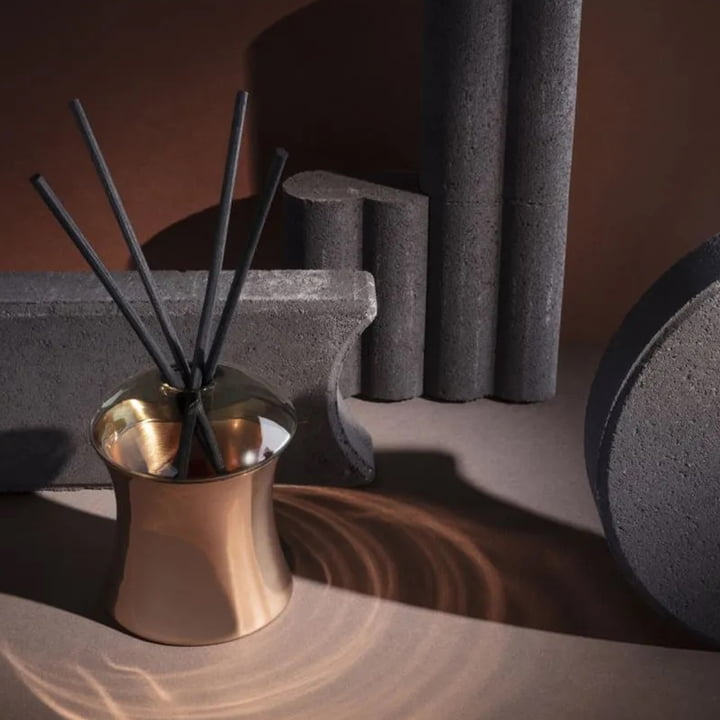 London is the name of a copper diffuser that distributes the scent in the room through the black rattan. London captures the scent of red bricks, English parks and carpets of crocuses and nettles and combines it with the salty smell of the Thames in Dagenham.

Royalty smells of Tea Time with a teapot full of Earl Grey, scones, strawberry jam and the drive home in a '52 Bentley with grubby leather seats. The diffuser is made of glass and the housing of a nickel sheathing.

The fragrance Orientalist is reminiscent of the great British Empire and captures the faint memory of an Indian wedding with rose blossom garlands, smells of cinnamon sticks on market stalls and musky after a Chinese herbal market. The glass vessel is encased in a brass housing.