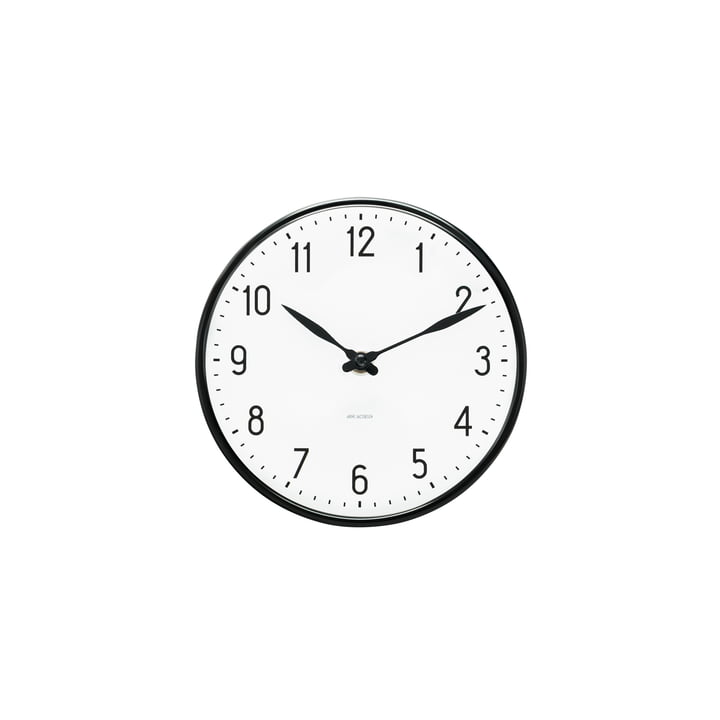 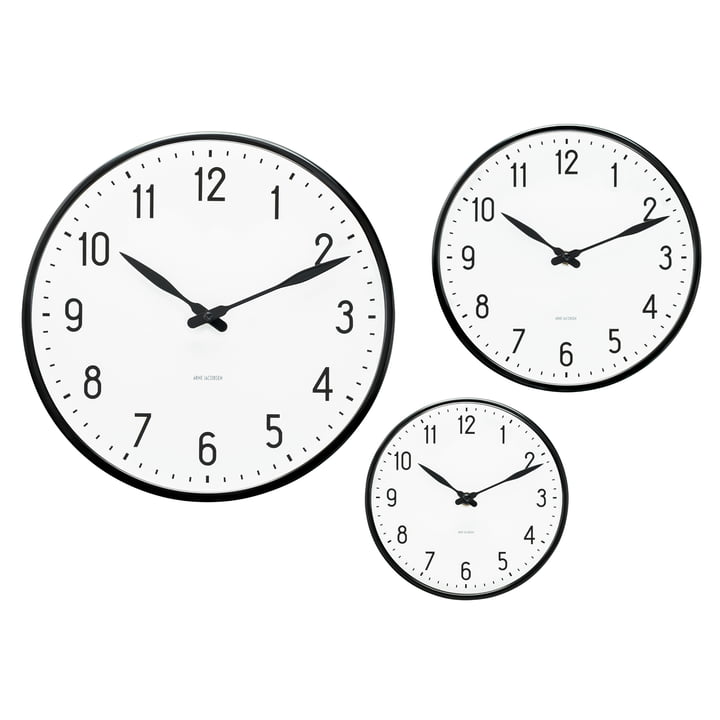 Although today there are more possibilities than ever to read the time at any time - on a computer, smartphone or tablet - the wall clock is still one of the most popular home accessories in modern interior design. This is particularly true of Arne Jacobsen's famous classics such as the Station, which, with their unmistakable retro aesthetic, can transform a naked wall into an expressive design object that requires nothing more than a nail in the wall.

The dual function as a practical timepiece and art object inspired Rosendahl to retrieve Arne Jacobsen's Station wall clock from the archive and to revive the original 1941 design with an outer ring in elegant black aluminium.

The station, which Arne Jacobsen originally created in 1941 for the manufacturer of electrical appliances LK, differs from other Rosendahl AJ wall clocks in its Arabic numerals, which stand out clearly from the dial and mark the passing of time with their characteristic black and white hands.

Like many other works by Arne Jacobsen, the graphic design of the Rosendahl AJ Station wall clock has clear references to the German Bauhaus. The architectural beauty of the clock is also underlined by another design feature: An outer ring made of black aluminium encloses the individual parts of the wall clock and is thus the forerunner of the City Hall clock, which Arne Jacobsen created in 1956 with the same type of aluminium ring.