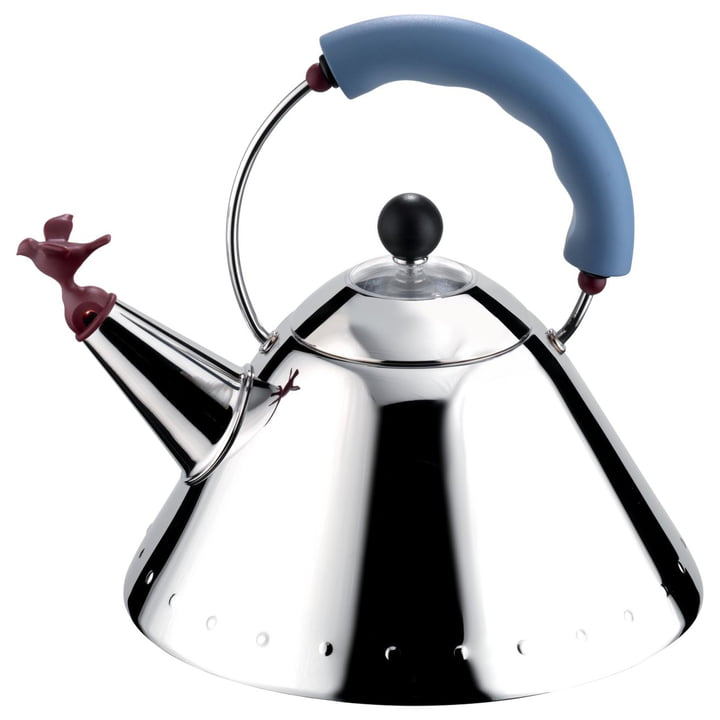 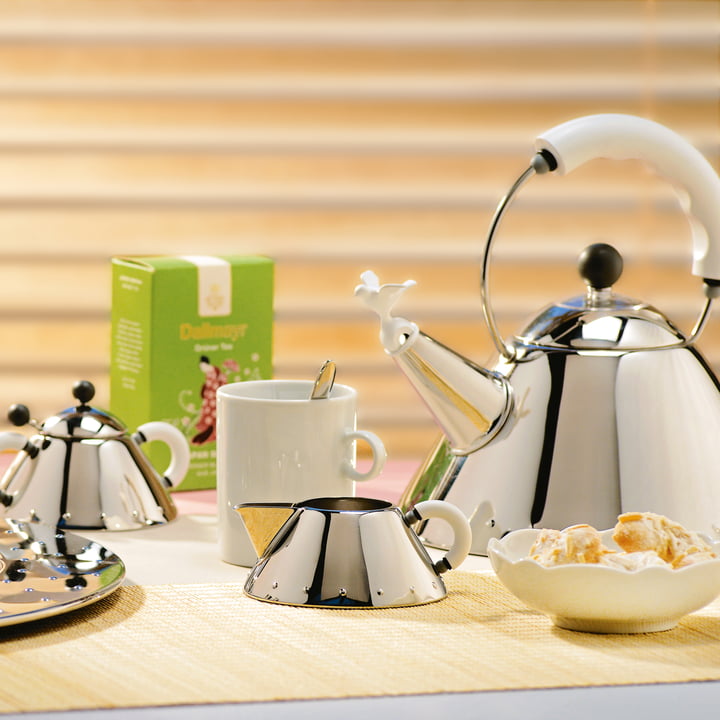 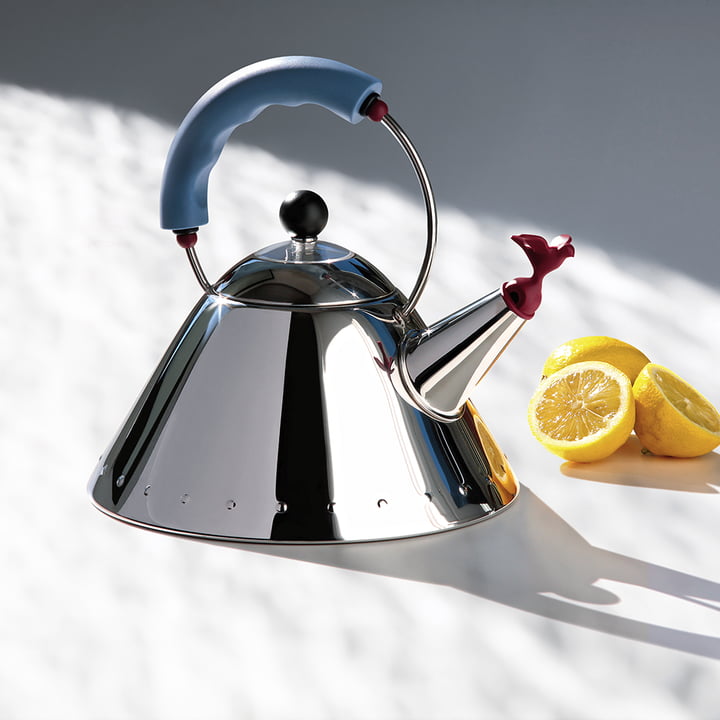 Alessi has produced the successful kettle since 1985. The famous architect and designer Michael Graves created a connection between classicism and post-modernity with the "Bird Kettle".

century. In contrast, the Alessi steel kettle itself is a tapered classic, which is emphasised by a dotted ring at the bottom and a black ball as the handle for the lid.

The world-famous kettle with the article number "9093" is the head of a family of kitchen products which were designed by the American architect and designer Michael Graves in the 1980s and 1990s for Alessi. With the "Bird Kettle" from the year 1984, Graves created an outstanding kettle which uniquely represents a mixture of post-modernity and pop and can be seen as the basis for the typical design of the 1990s. The 9093 kettle was the American designer's first product for Alessi. Today, the iconic kettle is the bestselling product worldwide of the Italian company Alessi.

Spare Parts for the water boiler 9093