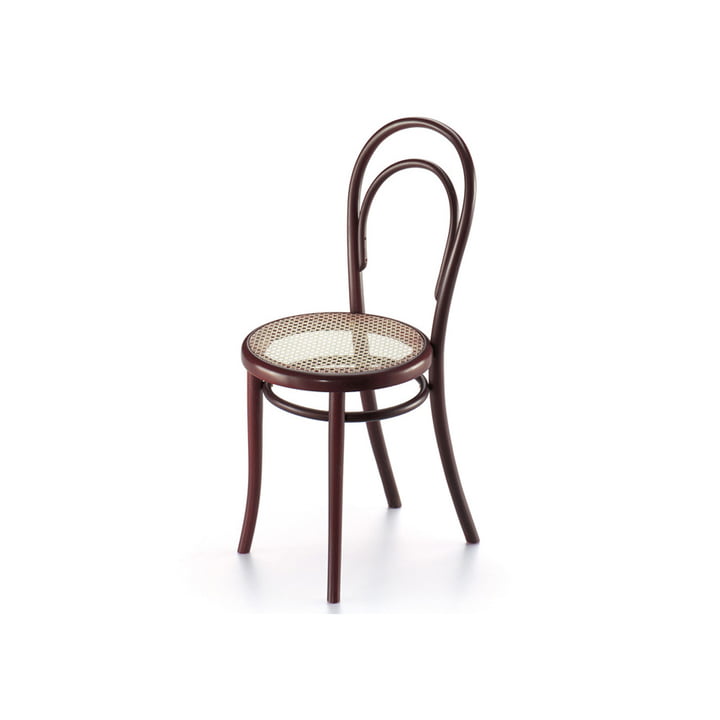 The "fourteen" is one of the most successful products from the industrial mass-production in the World. It was the standard model from the bentwood collection by Thonet and is considered as the typical Vienna coffee shop chair. More than 50 million copies were already sold in 1930. The "fourteen" is still in production, but in a slightly modified form.

With the bentwood technique developed by Michael Thonet, solid wood is steamed three-dimensionally in iron moulds, which offers great freedom in shaping. For the 2nd half of the 18th century, Thonet's new shipping system was also revolutionary: the single parts of the chairs were packed in an extremely compact way, sent to their destination, and then screwed together. The Thonet brothers combined industrial production processes and economic thinking with an independent aesthetic and so significantly shaped the concept of industrial design.