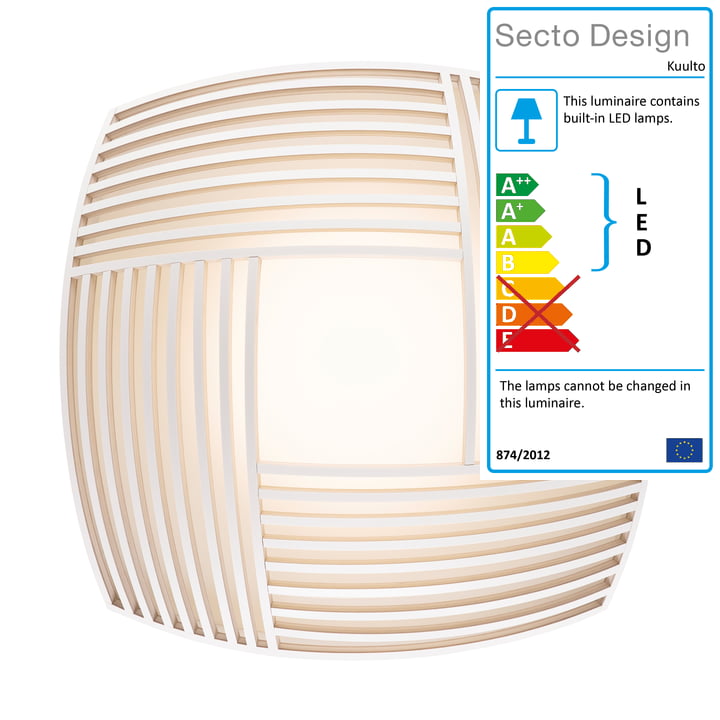 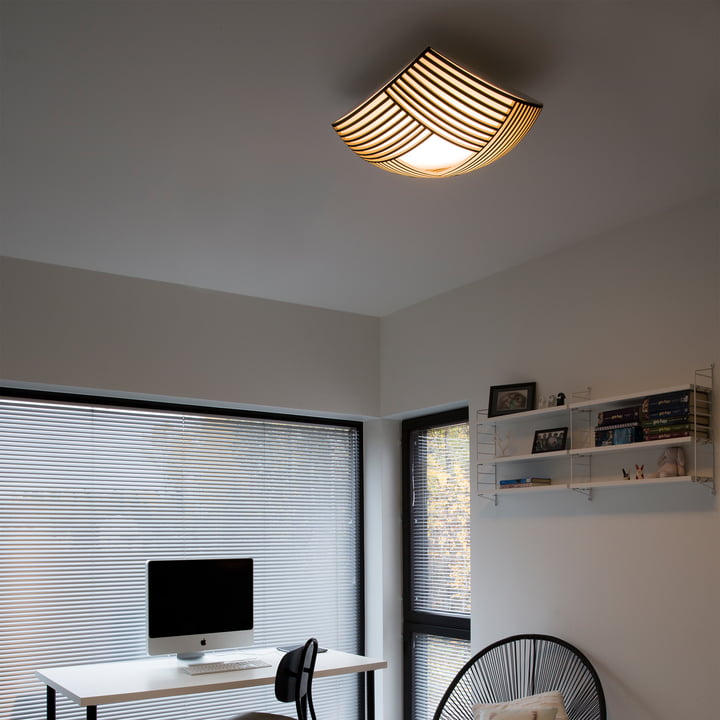 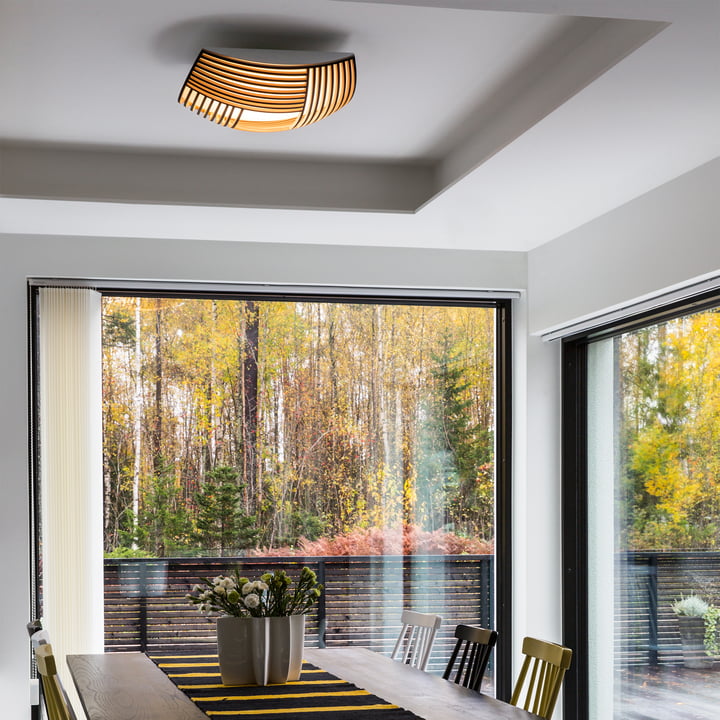 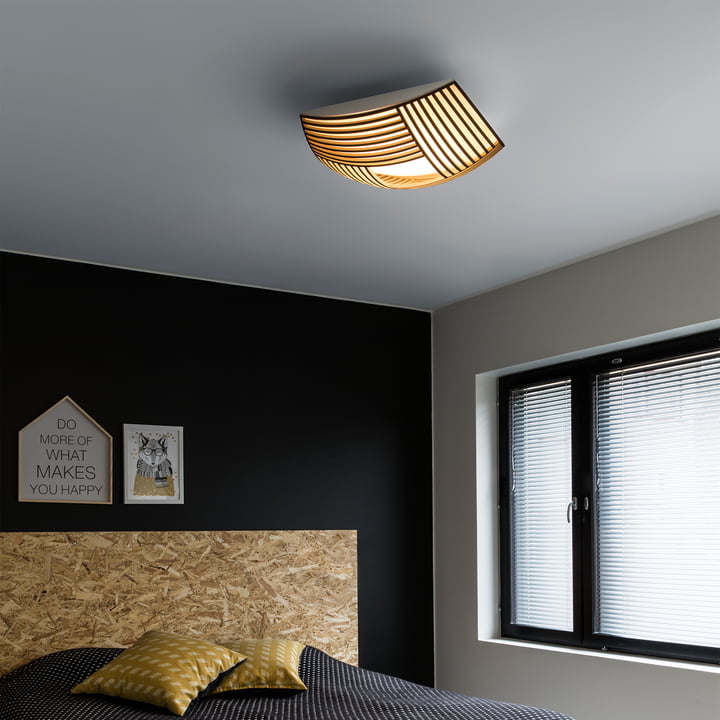 Wall and ceiling lamp made of birch wood

The Kuulto LED wall and ceiling light from Secto brings a rather rare material to the ceiling. Manufactured as wood, the luminaire convinces with its warm appearance and sculptural form, which looks good on the ceiling or wall. Its curved shape lends the luminaire an extraordinary three-dimensionality that makes it an eye-catcher. The LED light shines through the slats of the wood in a particularly pleasant and glare-free way and envelops an entire room in beautiful light.

Made of Finnish moulded birch wood

The lamp is handcrafted from moulded birch wood and is available in natural, lacquered in various colours or with walnut veneer. All Secto luminaires are manufactured in Finland and are fitted with a Holo sticker which guarantees the authenticity of the product. The luminaire looks great on the ceiling in any room, above the bed, the sofa or on the wall in long corridors.