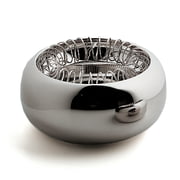 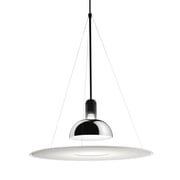 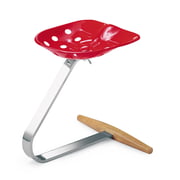 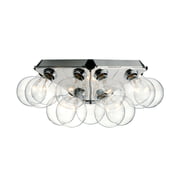 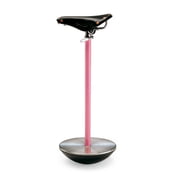 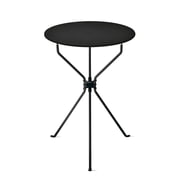 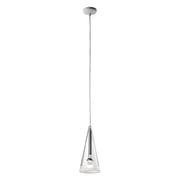 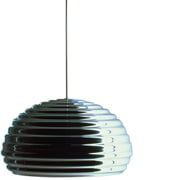 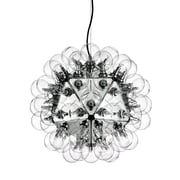 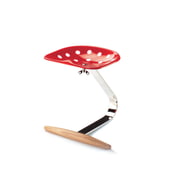 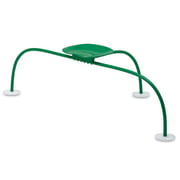 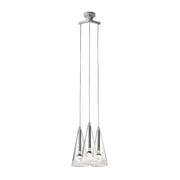 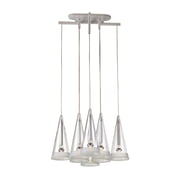 Castiglioni was born in 1918 and studied architecture at the Polytechnic in Milan. Just after World War II he joined the studio run by his two older brothers Livio (1911-1979) and Pier Giacomo (1913-1968), also architects, where they especially worked in city planning and architecture after the war.

But the three brothers also worked together in expositions and product design, helping the Milan triennial, the Compasso d'Oro and the ADI (Associazione per il Disegno Industriale) to become prestigious.

When Livio left the practice in 1952, Achille and Pier Giacomo cooperated producing trend-setting, but also exceptional and radical design objects. Some of the maybe most extreme designs of the Castiglioni brothers are considered to be the stools Mezzadro and Sella (1957), using bicycle and tractor seats for them.

Achille Castiglioni principally wanted to "improve" products, instead to invent some completely new ones, making him known as a "rational expressionist". For example a simple lantern on the street was Castiglioni's source of inspiration for the design of the Arco floor lamp made for Flos, and a profane car-headlight was used for the Toio ceiling lamp's head. The Ready-Made concept got a soon importance on the design of the Castiglioni brothers by such an alienation of everyday objects.

Successful designs for numerous namely manufacturers emerged in the extremely successful cooperation of Achille with his brother Pier Ciacomo until his soon death in 1968. Some of the manufacturers that produce Castiglioni's designs are Kartell, Zanotta, Brionvega, Alessi or Siemens. Their designs for the lamps manufacturer Flos count to nearly all the design classics that are exposed in design museums today.

After the death of his brother, Achille continued working in product design and made further famous furniture pieces and lamps, such as the Cumano folding table for Zanotta or the Noce, Frisbi and Brera lamps for FLos. Achille moreover worked as professor for room design and industrial design sionce 1981. Achille Castiglioni passed by in 2002.

Achille Castiglioni doubtlessly counts to the most important Italian designers of the 20th century. He already won the Compasso d'Oro nine times as well as numerous further awards.