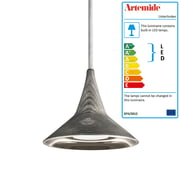 The architectural office Herzog & Meuron was founded in 1978 by Jacques Herzog and Pierre de Meuron in Basel. Today it consists of several hundred employees who work on international projects from Basel and the branches in Hamburg, London, Madrid and New York.

Duke & de Meuron has already realized a wide range of projects - including private and apartment buildings, office buildings and factories, but also large public projects such as stadiums and museums. The office has been awarded numerous prizes, including the "Pritzker Architecture Prize" (USA) in 2001 and the "RIBA Royal Gold Medal" (UK) and "Praemium Imperiale" (Japan) in 2007.