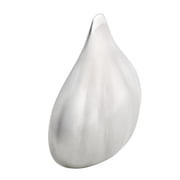 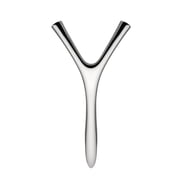 Frederic Gooris is an industrial designer from Belgium, who lives and works in Hong Kong today. After his apprenticeship in Italy, Gooris is independent today, and he develops his portfolio continuously.

Frederic Gooris was born in 1974 in Belgium and finished his school at the Hogeschol Antwerpen in 1998. One year later he moved to Milan to make his master-graduation at the renowned Domus Academy. During his long-year work for Philippe Starck and Stefano Giobannoni, Gooris designed projects in many different areas: Nissan, Lavazza and Siemens are only a few famous names the Belgian worked for in that time.

Gooris founded his own design studio in Milan in 2004, to continue working on his own. Some of his customers are Alessi, Ferrero, Levis and many more. Gooris was co-founder of the Bombol company, which manufactures design-oriented baby-furniture. Frederic Gooris finally moved to Hong Kong, founding a second studio. This step had the aim of not only offering concept and industrial design from then on, but also of creating whole products on demand.