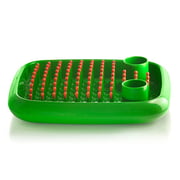 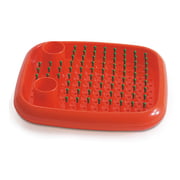 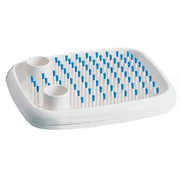 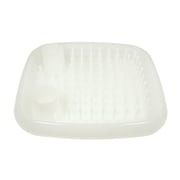 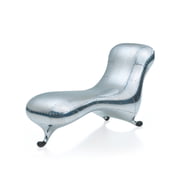 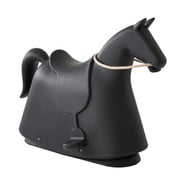 Marc Newson was born in 1962 in Sydney, Australia. After completing his art studies in sculpture and jewellery at the College of the Arts in Sydney, he moved to Tokyo. There he designed objects such as the Orgone Lounge, Black Hole Table and Felt Chair for Japanese designer Teruo Kurosaki until 1991, products which made him famous in both Asia and Europe.

In 1991 he founded his own studio in Paris under the name Pod, which in 1994 merged with Swiss watchmaker Ike to make "Ikepod". In addition to watches, Newson also designed limited edition aluminium furniture there, including the Event Horizon Table and Orgone Chair.

Especially during the 1990s, Marc Newson proceeded to become an influential, recognised designer. He became famous internationally, not in the least because of his work for name-brand manufacturers such as Cappelini, Flos and Moroso. He also designed a number of restaurant interiors (incl. Coast in London, Manchester's Mash & Air, Osman in Cologne, Canteen in Manhattan) and businesses (Pod Bar in Tokyo, Crocodile Boutique in Hong Kong) as well as for the Syn sound studio in Tokyo, to name just a few.

In 1997 the cosmopolitan designed went to London, where he created teh company Marc Newson Ltd with Benjamin DeHaan. Since then he has designed successful objects such as glassware for Iittala, kitchen and bathroom accessories for Alessi and furniture for Magis.

The breadth of products designed by Newson spans from bicycles (MN01 for Biomega) to mobile phones (for Japan's KDDI), the interior design of the Falcon 900B private jet and the Australian Olympic team's uniform in 2004. Just as diverse as the names of the manufacturers for whom Newson has worked. In addition to the already mentioned designer manufacturers Alessi, Flos, Iittala and Magis, clothing companies such as Nike and G-Star and auto manufacturer Ford count as his clients.

The native Australian's design is difficult to categorise into a particular style, as it has biomorphic and futuristic traits. Newson's designs play with the fantasies and feelings of consumers and bring the visions of the past into the objects of the present.

Many objects designed by Newson can be found in the famous design museums of Paris, New York, London and Germany.