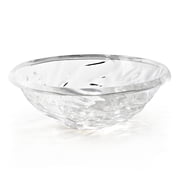 Mario Bellini is an internationally renowned architect and designer. He has already received the coveted Compasso d'Oro eight times and additionally other renowned architecture awards, such as the Medaglia d'oro (2004), awarded by the Italian president for contributions to the field of design and architecture throughout the world, and the Ambrogino d'oro (2011), awarded by the City of Milan for civil contributions.

Mario Bellini has given presentations in many large cultural centres around the world and published the famous Domos magazine from 1985 to 1991.

25 of his works are in the permanent collection of the New York Museum of Modern Art, which even dedicated a personal retrospective to him in 1987. In addition, Mario Bellini has been involved in countless art, design and architecture exhibitions in Italy and worldwide.

Since the 1980s Bellini has concentrated almost exclusively on architecture. Some of his most important constructions are the Portello exhibition district in Milan, the Villa Erba in Cernobbio, the Tokyo Design Center in Japan, the Natuzzi Americas headquarters in the United States, the Essen exhibition building in Germany, the National Gallery of Victoria in Melbourne, the headquarters of Deutsche Bank in Frankfurt am Main, the Verona Forum Complex, the Museum of the History of Bologna and the department for Islamic art at the Louvre in Paris.