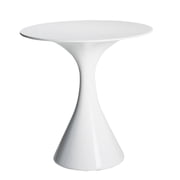 Miki Astori was born in Milan in the year 1965. After he graduated in Architecture, he began working as interior designer together with Antonia Astori. In 1992 he moved to Paris, where he works together with Philippe Starck.

Miki Astori participated in several projects as designer and architect, among others for renowned magnificent entities of the design-scene such as Kartell, Flos and Driade. Later in 1995 he founded his own design studio in Milan. Where he mainly designed furniture and worked as architect. In the same year he made a huge contribute to the appearance of the Atlantide collection from Driade. Since then he works constantly with Driade and new designs, graphs and interior designs.

Amongst the most famous works from Miki Astori there are: the design of the Driade product office in Piacenza as well as the Zelight outdoor lamp. The designer especially focused on working with raw materials such as natural fiber, wood and iron, combining them again and again.