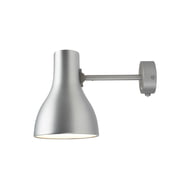 Design director of Anglepoise since 2003, Sir Kenneth Grange, began his career as a technical illustrator whilst in National Service. He subsequently made his reputation as an industrial product designer and in association with four partners founded Pentagram, now an international design practice with offices in USA, Germany and London.

Grange's remarkable work spans half a century and his user-centered, often quintessentially British designs have helped shape the parameters of everyday life for so many. Not only everyday household brands like Kenwood, Parker, Kodak - and of course Anglepoise - have received the Kenneth Grange treatment but also the InterCity 125 train, the regional Royal Mail postbox and the latest London BlackTaxi.

In addition to numerous prizes, awards and honorary titles, he was appointed Commander of the British Empire in 1984 and knighted by Queen Elizabeth II for his outstanding work in British design in 2013.