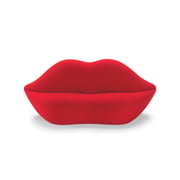 Studio65 and partners is an international architecture office which develops both architectural and design projects. The head office is in Italy - Turin,Via Po 14 and there are offices in Jeddah, Riyad, Bali, Beijing, Abu Dhabi.

Studio65 is characterised as one, which pursues project quality in the most complete sense of the term. This pursuit includes the architectural, technical and economic aspects of a project.

The Studio achieves this aim through its close collaboration with the client and the excellence of its team of architects and specialists. Structural and infrastructural engineers, territorial and environmental consultants, craftsman model and prototype makers, costs specialists and project management combine to create projects of appreciable quality which are complete with elaborations, descriptions, calculations, costs, budgets, time scales and project deadlines.

Studio 65 from 1965 until to the present day has realised projects in various European countries (Italy, France, Great Britain, Portugal and the Soviet Union) and throughout the world(Saudi Arabia, Indonesia, Dubai, Bahrain, USA, Syria, Cina and Tunisia).

The studio has participated many international competitions both as an invited competitor and in free competition. It has achieved great success and international acclaim through the prizes and special mentions. Many of these projects have since been built.

Furthermore Studio 65 has received several nominations the most significant of which include the AGAKHAN AWARD for Architecture. The first nomination was received in 1980 for the Arabian Chevron Compound residential complex at Dariyah, Riyadh (project and construction). The second in 2001 for the Yanbu cement company YCC. This project includes a residential village for 2000 employees with schools, restaurants, hotels and communal buildings.

Over the years the studio has assembled a highly qualified and competent staff, Their areas of expertise range from architecture, civil and infrastructure engineering, territory and environment, interior design, product design, exhibitions to project management and construction management. This team facilitates professional projects and works at both an international and European level. Of special note is the "Al Medinal Newspaper office" at Jeddah, the "Bosphorus Recreation Park" Istanbul, the Main Gate, the Central Control tower, the technical building and the residential.