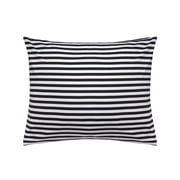 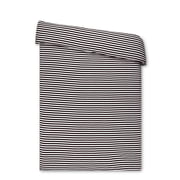 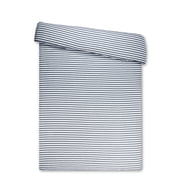 Very simple and still revolutionary: The Tasaraita pattern by Marimekko meant a big upheaval in the fashion world when it was presented in 1968.

A stripe, which would suit everyone. That's what Annika Rimala thought when she created the Tasaraita pattern in the 60s, which is famous today. The straight-lined pattern is indispensable in fashion, design and furniture today. The original by Marimekko ensured many furores when it was presented, despite of (or maybe because of) its simplicity.

Tasaraita by Annika Rimala was initially created for the fashion's world- It was the first time that graphically simple and still strong stripes entered clothes designs. And much more: Tasaraita was the first unisex collection, suiting men and women clothes equally.

This highly current philosophy was what Rimala wanted to express in her design, where differently coloured stripes have the same size: Different and with their own personality, but absolutely equitable. And combined unfolding the whole gloss. Simple. Timeless. Striped.