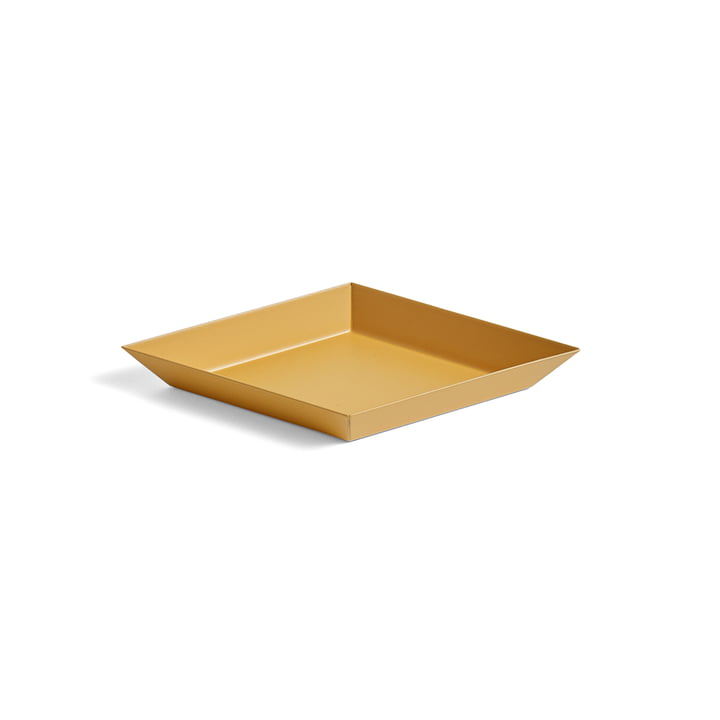 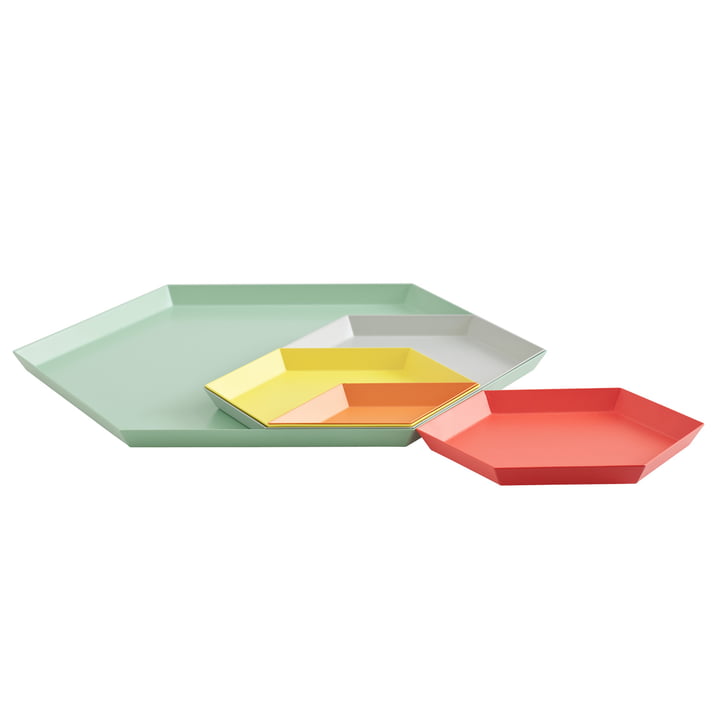 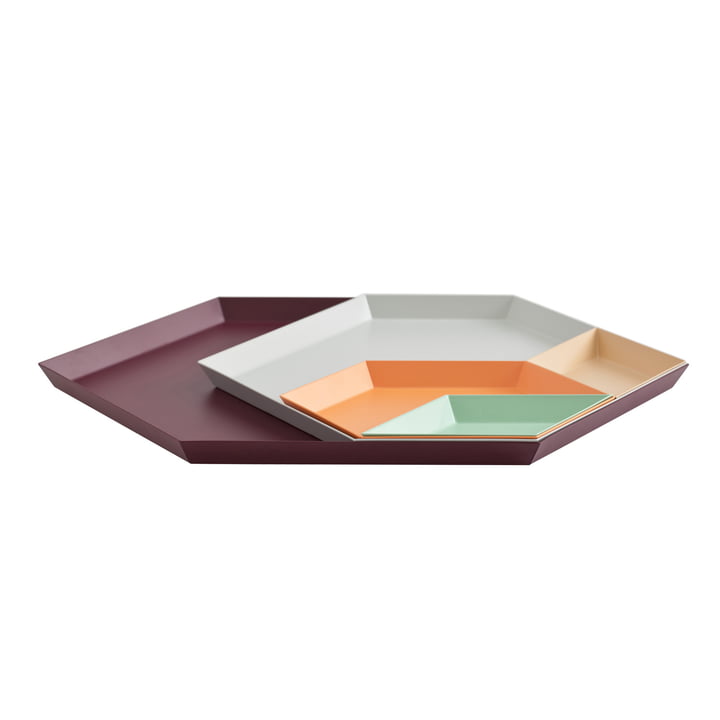 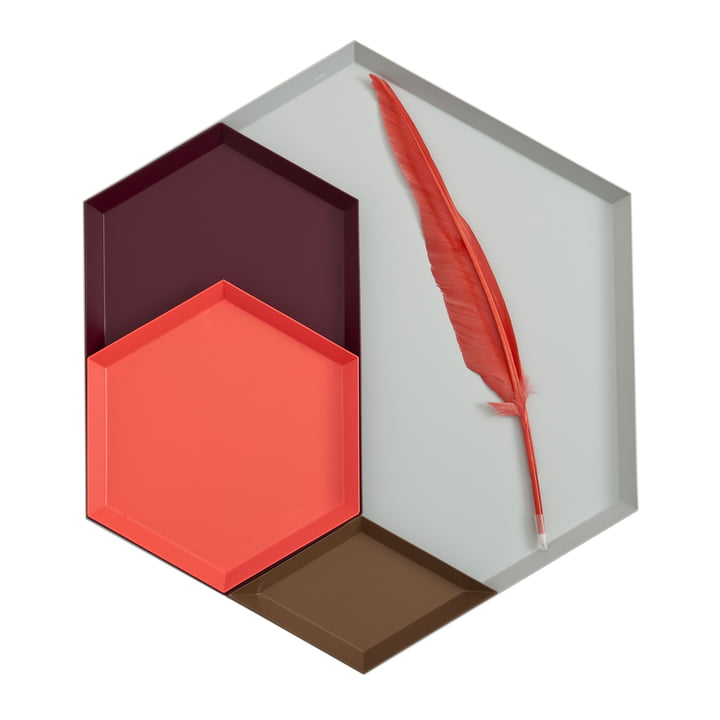 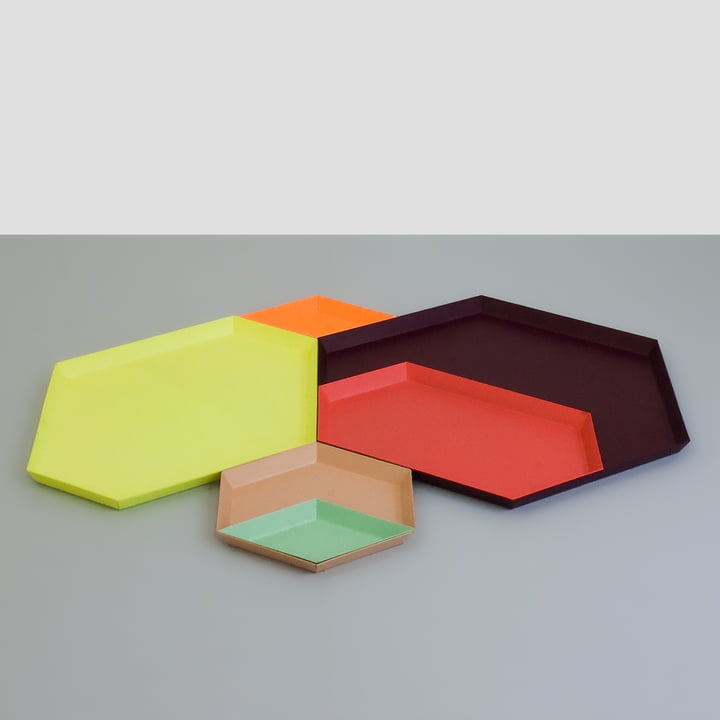 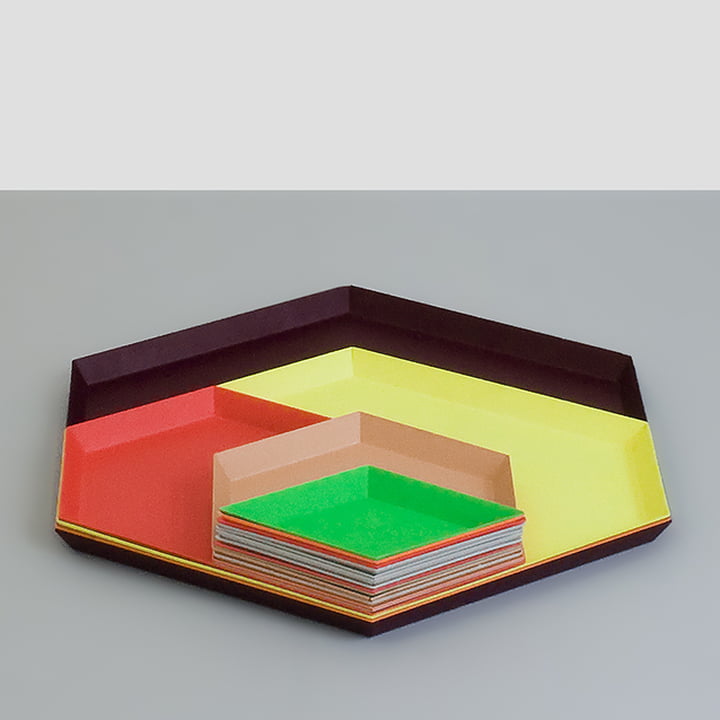 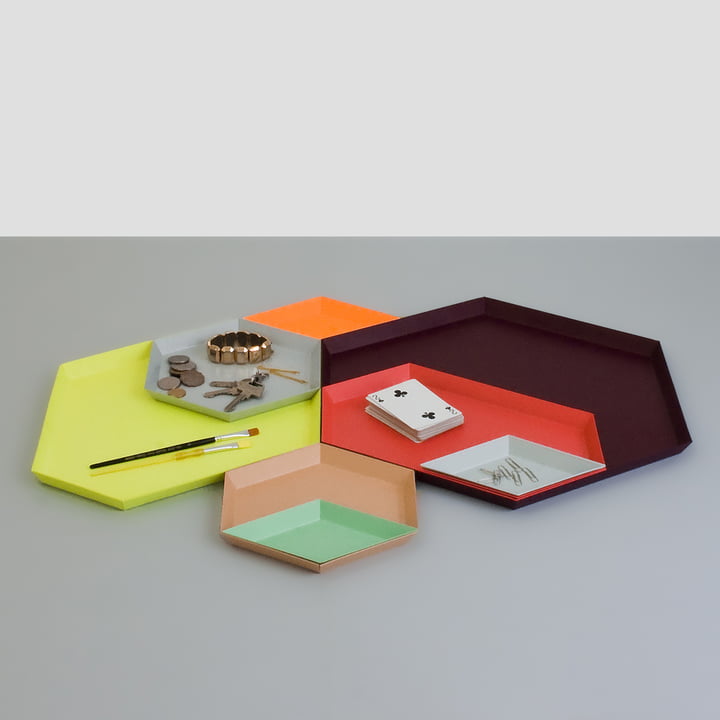 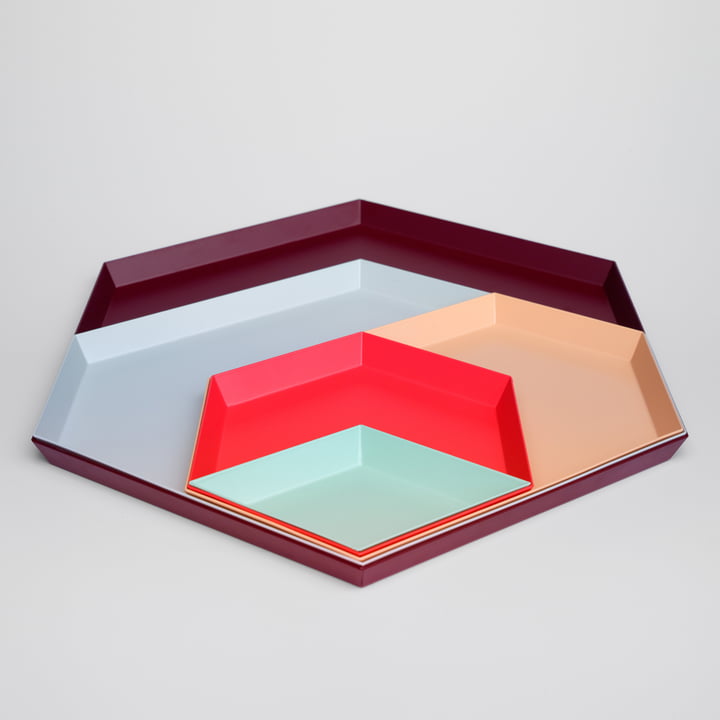 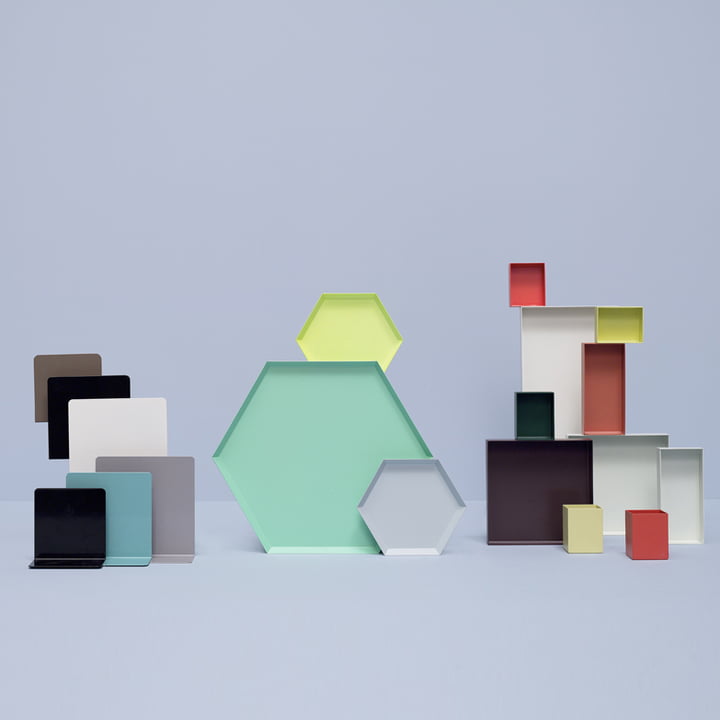 More items and all varieties can be found on the pages Hay - Kaleido, Hay x COS

Kaleido is an original tray series that was designed by graphic and product designer Clara von Zweigberg for the company Hay. The colourful and different sized trays offer a lot of functions and combination possibilities.

Starting with the small Kaleido XS, which can be used as bowl for snacks, key tray or also to store jewellery, followed by the Kaleido S, M and L up to the largest one, Kaleido XL, which serves as comfortable serving tray, all Kaleido trays serve for different purposes.

Kaleido also has a whole lot to offer if it isn't used: The shapes of the metallic tray are designed, so that the smaller trays can perfectly go into the larger ones. For this reason, there are many combinations how to stack the trays. An when additionally combining different colours, unexpected compositions emerge that won't only draw attention as decorative objects but also invite to play with combinations and stacking games.

Video about the product
×