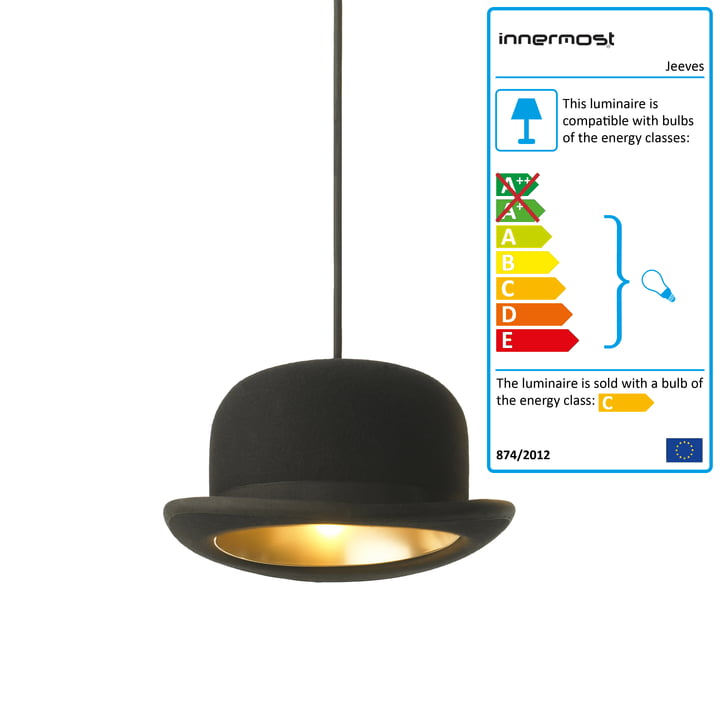 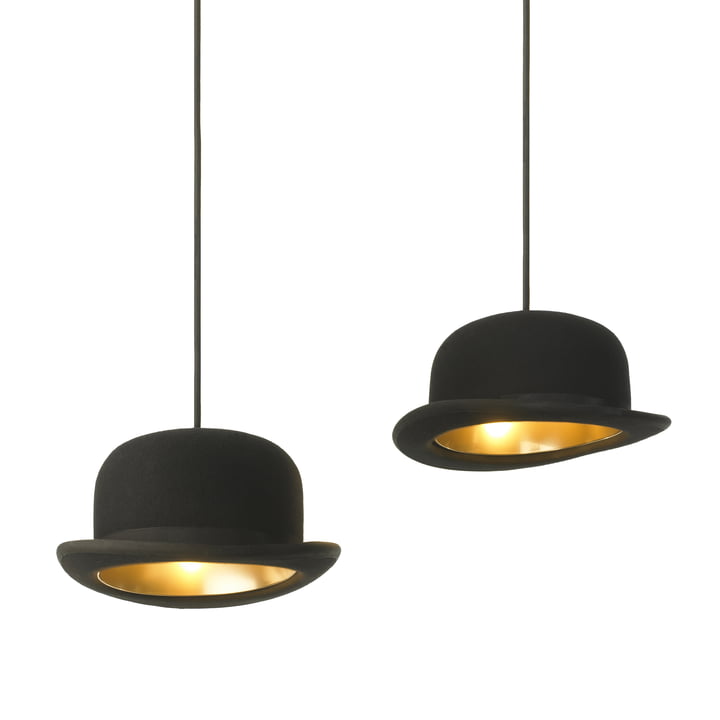 With "Jeeves", the designer Jake Phipps and Innermost transformed a Symbol of British class society into a remarkable suspension lamp.

Jeeves is made of felt and is lined with aluminium inside, in order to reflect the light. The pendant lamp appears the most interesting when it is arranged in a group of Jeeves' so they indicate an assembled group of People.

Jake Phipps' design is inspired by the bowler and reflects a bygone era of imperialism, class division and eccentricity. In the British class system of the late 19th century the bowler was the hat of the working man, while the top hat was ported by the gentleman of leisure. To complete the scenario Jake Phipps designed the Wooster suspension lamp for Innermost out of a top hat.

In the 20th century, the bowler hat became an internationally recognized symbol of 'Britishness', claiming its place in popular culture as the headwear of choice for John Steed in swinging 1960's TV show 'The Avengers'.