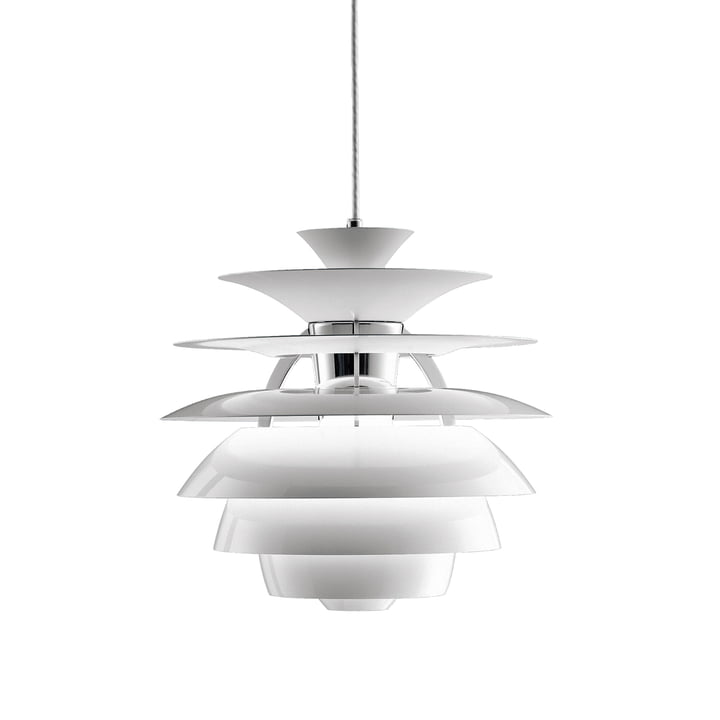 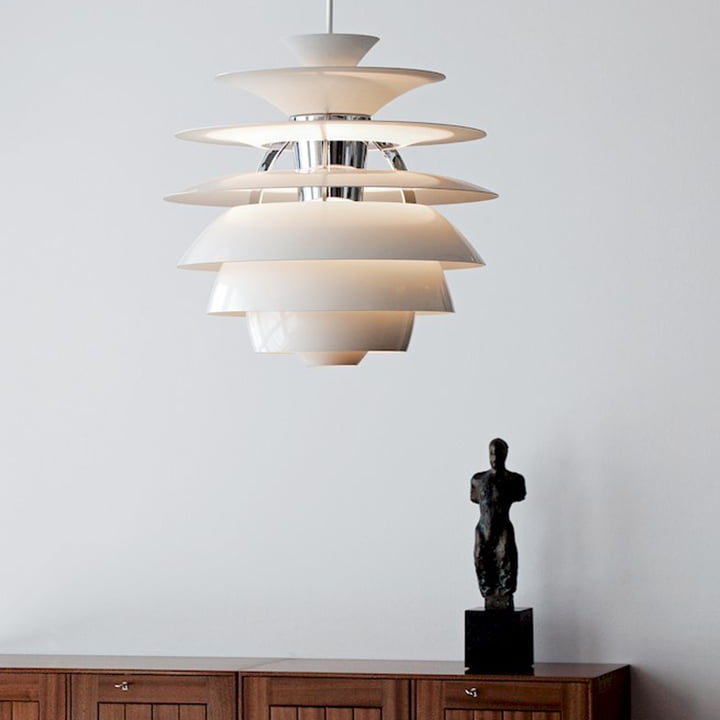 The PH lamp was designed based on the principle of a reflective three-shade system that directs most of the light downwards. The suspensionn lamp by Louis Poulsen emits the light downwards, as well as to the sides, resulting in the light illuminating itself when switched on and highlighting its features.

Already in the years 1925/26, Poul Henningsen designed his first lights for an exhibition in Paris. The collaboration with Louis Poulsen lasted until his death in 1967. His whole life Poul Henningsen's aim was to create, glare-free lamps that cast a soft shadow and direct the light beam to the right place.

The model PH Snowball, built in 1958, along with the model of PH5 was exhibited in the Museum Kunstindustrimuseet. Initially it didn't draw a lot of attention, but became a success after the re-insertion on the market in 1983.

Like the other Henningsens' lights is the PH snowball 100% glare-free. The symmetrical light distribution and the mix of matte and glossy surfaces give the luminaire a special light intensity. Due to these features, the snowball lamp is suitable for medium and low suspension heights in meeting rooms, above dining tables and much more. 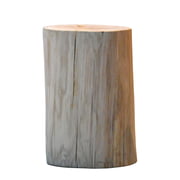