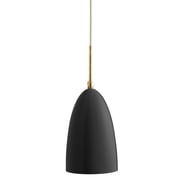 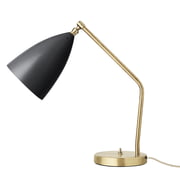 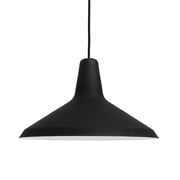 Furniture designer and architect Greta Magnusson-Grossman (1906-1999), born 1 January 1906 1906 in Helsingborg (Sweden), was very successful in Europe and North America during her extremely productive 40 years career. She was known in particular for her achievements in industrial design, interior design and architecture.

In the late 1920s, Grossman completed her one-year carpentry training in her Swedish hometown Helsingborg. She was awarded a scholarship, which enabled her to register in Konstfack (then known as Högre Konstindustriella Skolan), the famous Stockholm Art Institute. There she surpassed herself in technical drawing herself and directed her attention to furniture, textiles and ceramics.

In 1933, Grossman was given second place for furniture design by the Stockholm Craft Association - she was the first woman to have ever received this title. That year, Grossman and her classmate from Konstfack, Erik Ullrich founded a studio, a shop and a working-community in Stockholm. In their atelier, Greta Magnusson-Grossman took on numerous assignments, creating unique furniture and interiors that received high recognition and attention from the press.

In 1934, she was honoured by the Swedish Society of Industrial Design and received a scholarship to travel through Europe.

She was also allowed to exhibit her designs in Galerie Moderne, a cultural mecca in Stockholm at that time. It was significant for Grossman that in 1937 she designed a children's bed for the Swedish princess Birgitta, which once again attracted much attention from the press and thus gave her access to a large group exhibition at the National Museum in Stockholm.

In 1933, she married Billy Grossman, the bandleader, with whom she emigrated to the United States of America in 1940 and settled in Los Angeles, where she opened a new design studio for modern Swedish furniture, lighting and accessories.

In the 1940s and 1950s, Grossman exhibited her designs in various museums around the world, including MoMA in New York and the National Museum in Stockholm. The most iconic products of this period were the "Gräshoppa" floor lamp and the "Cobra" floor lamp. In 1947 the "Gräshoppa" was produced for the first time. The three-legged floor lamp is one of the most important works of the Swedish-American designer.

Despite being inspired by Walter Gropius and Le Corbusier, she thankfully always remained loyal to her own personal style. In 1950 the "Cobra" won the Good Design Award and was then exhibited at the Good Design Show at the Museum of Modern Art.

During the next 20 years Magnusson-Grossman produced works for companies like Glenn in California, Sherman Bertram, Martin / Brattrud and Modern Line. The work for Glenn in California is known as their most famous and refined design.
In the 40s and 50s, Grossman's designs were represented in numerous international exhibitions, such as The National Museum (in Stockholm, Sweden), Röhsska Museet (Gothenburg, Sweden), Museum of Modern Art (New York, USA), Museum of Industry and Science (Chicago, USA) and the Young Museum (San Francisco, USA). Many articles about her work were published in the USA, Great Britain, France, Italy, the Netherlands, Germany, Poland and Sweden,

In addition, Greta Magnusson-Grossman taught industrial design courses at the University of California, Los Angeles and at the Art Center School in Los Angeles.

Between 1949 and 1959 Greta Magnusson-Grossman designed at least 14 homes in Los Angeles, one in San Francisco and one in her home country Sweden. At least 10 of these houses are still standing. Both her work as an architect and her design work have been extensively described and illustrated in Arts & Architecture, a magazine by John Entenza.

Today, Greta Magnusson Grossman's product designs are highly collectible and are sold at auctions all around the world.